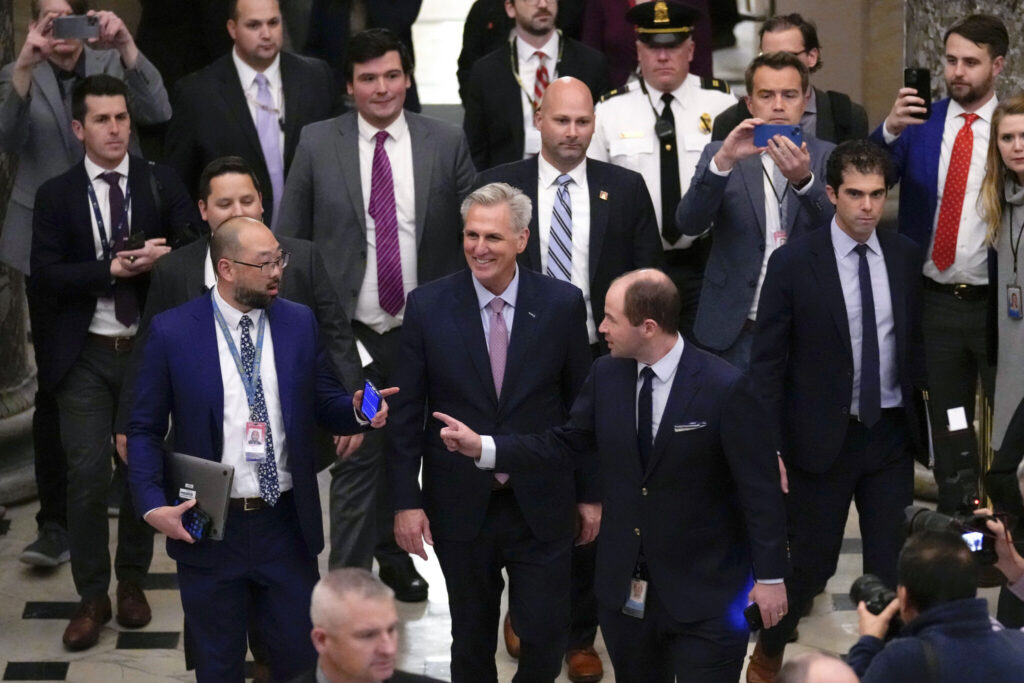 The new and slim Republican majority in the House elected Representative Kevin McCarthy to be the Speaker of the House on the 15th ballot. There was a lot of reported drama getting to this point, but most of that drama was media pundits and political types hyping a particular angle.

At that time, there was a lot of drama because President Warren G. Harding had passed away suddenly and the Vice President at the time, Calvin Coolidge had become president. Likewise, Congress wasn’t typically in session year round at that time, so for a variety of reasons, about a year had passed since the most recent House elections and the election of the Speaker.

This time, in 2023, the drama surrounding the election of the Speaker was mostly fake. We haven’t just had an unexpected death in the White House. And Congress was in session and passing budget busting bills just two weeks before the start of the effort to elect a new Speaker.

But many pundits and media personalities acted as if failing to elect a new Speaker on the first ballot was creating some serious problem. Others claimed it was epically embarrassing. Both perspectives are silly and without merit and show a complete lack of understanding of history and of the issues at play.

If congressional embarrassment is an issue, how about being embarrassed by a Congress that hasn’t done its budgetary job in years, but instead regularly passes budget busting, pork laden omnibus bills just before the holidays without little debate or even time to read the bill?

The reality was the majority had to negotiate the rules under which the House would operate. Negotiating and debating the direction of Congress for the next two years for a total of four days isn’t an emergency. That is actually a productive and important priority.

For example, one of the key issues for those who were holding out was that Congress start reading bills, debating them and amending them were needed, rather than what they’ve been doing for quite a while. They wanted to end the practice of Congress failing to do its job and refusing to prepare carefully crafted budgets for the various federal departments through a deliberative process. They wanted to ensure that the new Speaker would require a return to the practice of holding budget hearings throughout the year and carefully crafting separate budgets for each of the federal agencies, rather than waiting until a few days before Christmas and rushing through a hastily made and stuffed full of pork omnibus bill.

The roughly twenty GOP representatives who held out represent about 15 million Americans. They also forced agreement that if the debt ceiling must be increased, there must be spending reform and budget cuts so that the spending problem doesn’t continue to spiral out of control and continue to fuel runaway inflation.

The media made an especially big deal about the return to allowing one representative to move to vacate the chair. So many pundits claimed that this would make McCarthy the weakest Speaker in history. What this proves is that most pundits don’t have even a basic understanding of our history.

The original rule was written by Thomas Jefferson in 1801. For the vast majority of our nation’s history, the Speaker could theoretically be removed at the instigation of just one representative. But it takes a majority of the House to actually remove the Speaker. That’s how it has always been done — until 2019 — when Nancy Pelosi changed the rule to consolidate her power.

Returning to the rule as it existed prior to 2019 and for virtually all of our history is hardly the basis for claiming that the new Speaker will be the weakest Speaker.  To make such a claim only proves that the person making the claim has almost zero historical knowledge or perspective. So many pundits are ignorant and I wonder why the media bothers to interview them. Why not just interview elementary school children on their way to school? They have as much historical knowledge and perspective as many of the so-called experts on TV.

There can be no doubt that from a public relations perspective, it would’ve been smoother if the GOP had negotiated all of these details in November and December. But it is simply not an embarrassment or a sign of chaos that Republicans spent four days negotiating and debating what the rules for the upcoming Congress should be, and the House will return to its budgetary and fiscal responsibilities. This process will make Kevin McCarthy a more effective speaker, and make Congress a more accountable and responsible legislative body. That’s a win for the American people even if it could have been handled more smoothly behind the scenes last month.