Returning NFL stars and how they fared 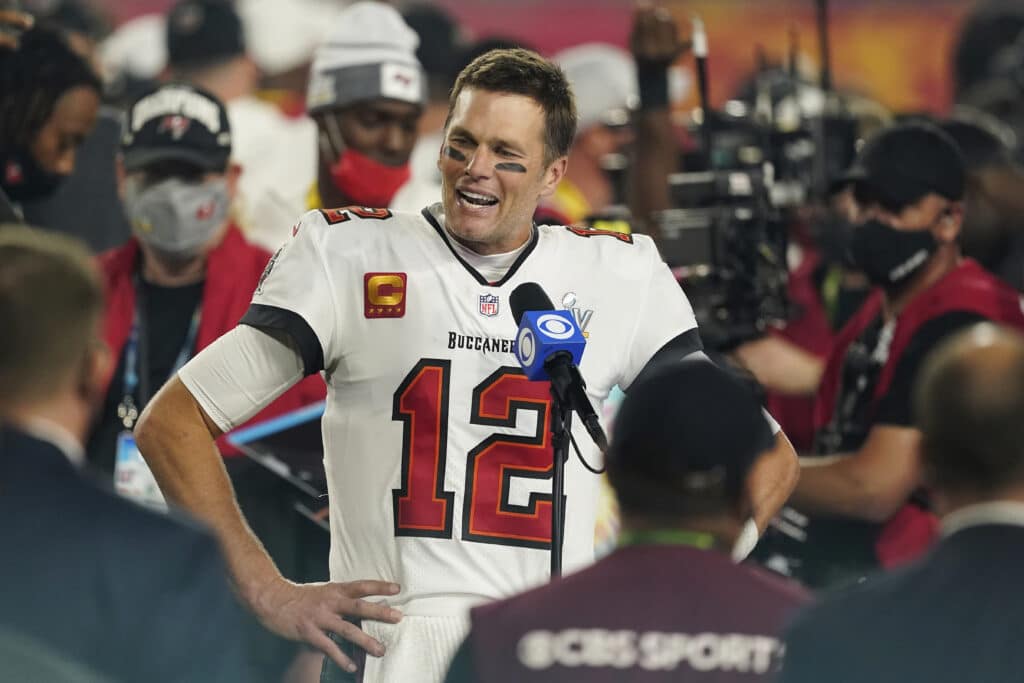 Pretty much anything Tom Brady is newsworthy right now, and a story about a king returning is at the top

Sometimes, the abdicating king, or the deposed one, returns to his kingdom.

It happens often in the NFL yet rarely is as newsworthy as Tom Brady, who led the Patriots to six Super Bowl titles, going back to New England. He’ll do that on Sunday night, eight months after taking the Tampa Bay Buccaneers to the top.

The reception at Gillette Stadium is likely to be overwhelmingly pro-Brady — until the teams kick off. Then, when he does anything positive for the Bucs and damaging to the Patriots, well, does anyone expect much cheers for the 44-year-old quarterback then?

Here’s a look at six Pro Football Hall of Famers and how things turned out in their returns to the place they became a star.

After five straight victories to open the season with his new team, the Broncos, Manning was on his way to his record fifth MVP award while setting all sorts of league passing marks. The matchup with the Colts in Indianapolis was ballyhooed like the Second Coming, but despite Manning’s brilliance — three touchdown passes, 386 yards in the air — his replacement, Andrew Luck, got the win, 39-33.

“I am kind of relieved in some ways that this game is over,” Manning said at the end of a long night.

But the reception from the Lucas Stadium crowd beforehand at least soothed Manning’s pain a bit: a standing ovation through a 90-second highlight reel of Manning’s career in Indianapolis. He acknowledged the cheers while standing along the visitors’ sideline, taking off his helmet and turning to face several sections, grinning sheepishly and waving on occasion.

A league MVP and Super Bowl winner with the Raiders, Allen left in 1993 when team owner Al Davis insisted, he be a backup in a nasty feud with the player. Allen landed in Kansas City (Joe Montana already had arrived from the 49ers) and despite a mediocre performance, he helped the Chiefs to a Game 4 home victory.

“I feel like I’m going home, even though I’m part of the visiting team,” Allen said.

He rushed for 85 yards and a score in securing the sweep of his former team, enough for Kansas City to finish on top of the AFC West by one game over Los Angeles.

“I think he (Davis) tried to ruin the latter part of my career, tried to devalue me,” Allen said after retiring. “He was trying to stop me from going to the Hall of Fame.”

This didn’t turn out well at all for the career rushing leader who played his first 13 seasons in Dallas and won three Super Bowls. He went to Arizona in 2003 and broke his shoulder blade at the Cowboys in Game 5. He had six carries for minus-1 yard, a pair of receptions for 2 yards.

The day began festively. Before thousands of fans in blue No. 22 jerseys and dozens of welcome back signs — one read “Once A Cowboy, Always A Cowboy” — he was applauded from the moment he stepped onto the field, sharing a brief hug with Cowboys owner Jerry Jones. Smith took part in the coin toss, then returned to the bench giddy over winning it. Cameras clicked as he swapped a ballcap for his helmet, pulled up his red socks, looked around proudly and got in place to watch the opening kickoff.

When White came back to Philadelphia in 1994, a 13-7 Packers defeat in Week 3, it was an emotionally drenching experience for the outstanding defensive end. He had little impact, making 2 1/2 tackles, not getting a sack.

Not exactly friends on this day: White was double-teamed and sometimes even had to deal with three blockers.

Hardly a celebratory day. Then again, the heart of the Eagles’ defense had left for Green Bay as a free agent, and Philly fans are not very, uh, forgiving.

The seven-time Pro Bowl safety in 13 seasons in Philadelphia returned as a Bronco in 2009. He didn’t come out for pregame warmups, then received a rousing ovation when he was introduced. Dawkins went through his familiar routine, turning a backward, rolling somersault into a reverse handstand before sprinting down the line and nearly taking out a cameraman.

He hugged former teammates after the game and blew kisses to the fans as he ran off the field following a 30-27 loss.

“It’s just real, real nerve-wracking,” Dawkins said. “I’ve been in a lot of big games before. I was just trying to control my emotions. It was real tough for this game, mainly because we needed this game so bad.”

Sanders had a few “returning hero” moments. The most notable was in 1994 as a 49er — they would win the championship — at Atlanta, where Prime Time was a standout for five seasons. It wasn’t an example of welcoming back with open arms.

It was bad enough for local fans that the Niners routed the Falcons 42-3. Sanders, ever the showman, contributed a 93-yard interception return touchdown capped by high-stepping the last 40 or so yards, followed by something approximating a bow toward the Atlanta bench.

Earlier, he was booed so strongly that the Georgia Dome seemed to vibrate. Then he got into a hassle with Falcon’s receiver Andre Rison, drawing more disapproval from the crowd.

It was on that day.