Sahara: USA Reaffirms its Support for the Moroccan Plan. 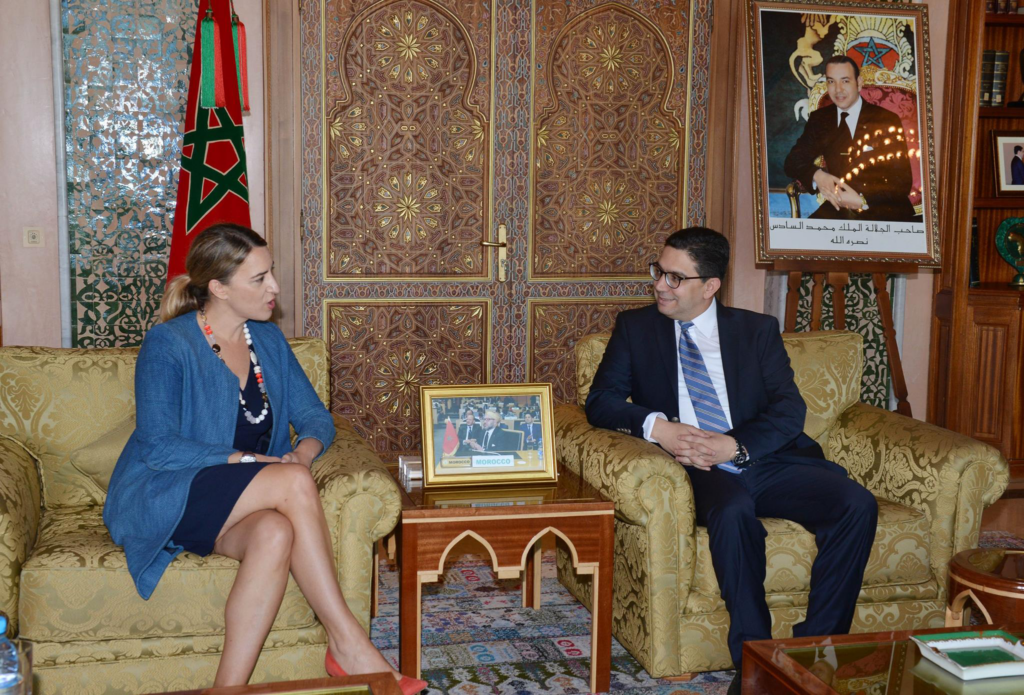 Sahara: USA Reaffirms its Support for the Moroccan Plan.

First Deputy Assistant Secretary of State, Yael Lempert, gave an exclusive statements to the show “With Morocco from Washington“, aired by Medi1 TV channel from the American capital.

In the field of cooperation and bilateral relations between Morocco and the United States of America, the American official said:
The current year witnessed a large number of visits and trips that focused on these relations, she also confirmed that she was fortunate to be present in some of these visits, the last of which was the visit of the Deputy secretary for Political Affairs in May.
The US official also reiterated the US position in support of the autonomy plan in the Sahara, stressing that the United States is conducting consultations and private diplomatic contacts with all parties, neighboring countries and international partners to avoid violence and find a credible political solution to the Sahara issue.
“We see the Moroccan autonomy plan as a serious, credible, realistic and a potential approach to satisfy the aspirations of the people of Western Sahara”.

“The United States strongly supports the efforts of the UN Secretary-General’s personal Envoy for the Sahara, Staffan de Mistura, to lead efforts for a UN political solution in the Sahara.”
“The US administration’s priority is to support a credible political process that leads to a lasting, honorable and internationally supported solution to the Sahara conflict, and in this regard, we are fully engaged diplomatically and through special consultations with the parties, neighboring countries and international partners to prevent violence and achieve a final solution.”
It is noteworthy that the administration of President Biden confirmed on many occasions their support for the autonomy plan in the Sahara that Morocco proposed as a permanent solution to this conflict that lasted for decades.