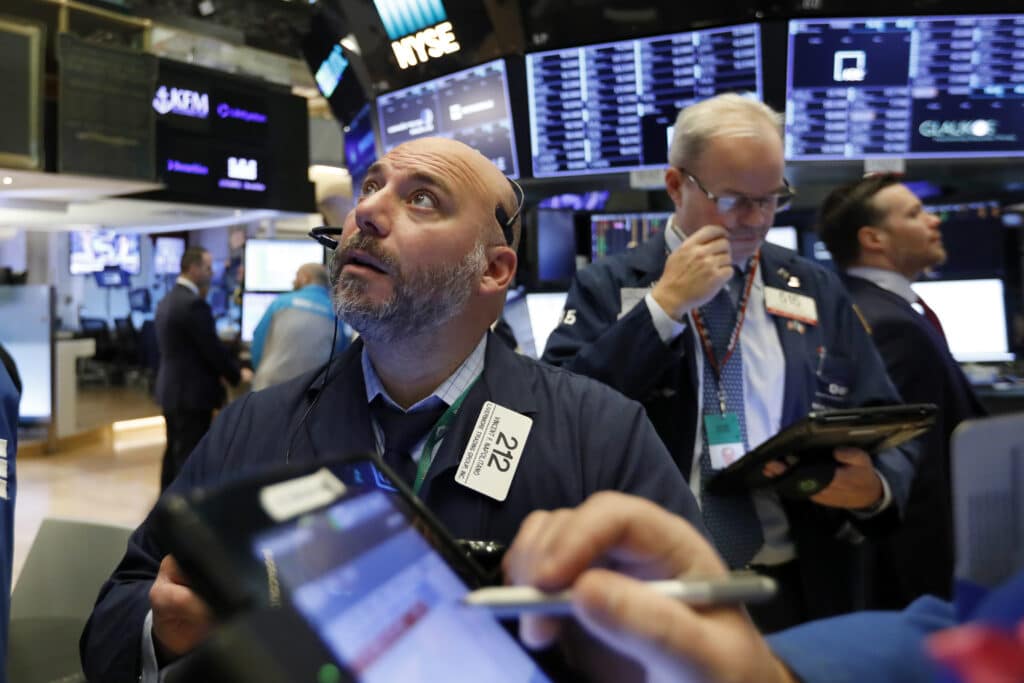 Energy companies took some big losses on Monday, overall dropping the market a bit. They’re at their lowest level since May, and follow a decline of 7.7% last week. The Associated Press has the story:

Every major index is coming off of weekly gains last week, which ended with record highs by the S&P 500 and the Dow.

Energy companies slumped as the price of benchmark U.S. crude oil fell 3.3% to its lowest levels since May. The move lower follows a decline of 7.7% last week. Occidental Petroleum shed 2.8%.

Technology companies were among the biggest weights on the broader market. Micron Technology fell 1.9%.

The latest round of corporate earnings is winding down, and nearly 90% of companies in the S&P 500 have reported their latest results. The reports have been mostly solid. Tyson Foods jumped 8.5% after handily beating Wall Street’s profit forecasts.

Airbnb, DoorDash and Walt Disney are all set to release their latest financial results on Thursday.

Investors are also closely watching the world’s reaction to the latest surge of the coronavirus. Some governments have reimposed limits on business and travel. China canceled flights as it tries to stop a rash of outbreaks. Australia’s two most populous states have told people to stay home except to go to work or for a handful of other reasons.

Analysts expect the U.S. and global economies to continue growing, but have cautioned that the resurgent virus could slow down the pace.

“That’s one part of the story and that could be holding back” the stock market, said David Kelly, chief global strategist at JPMorgan Funds. “We don’t really have a handle on how bad the delta variant might get.”

Investors have been taking in a steady stream of encouraging economic reports. The latest from the Labor Department shows that U.S. employers posted a record 10.1 million job openings in June. That follows Friday’s report that the economy generated 943,000 jobs last month and the unemployment rate fell to 5.4% from 5.9% in June.

The solid jobs figures also raise some concerns about wage inflation and the pace of economic growth.

“We’re burning our way back to full employment fast,” Kelly said. “Once we get there the economy is going to slow down.”

The latest figures also raise concerns about inflation fueled by the improving job market, as employers are potentially forced to raise wages to fill jobs.

Investors will get another piece of data on inflation when the Labor Department releases its consumer price index for July on Wednesday. Wall Street is still trying to gauge how much inflation might rise as the economy recovers and whether that will push the Federal Reserve to trim back its support for the economy sooner than expected.