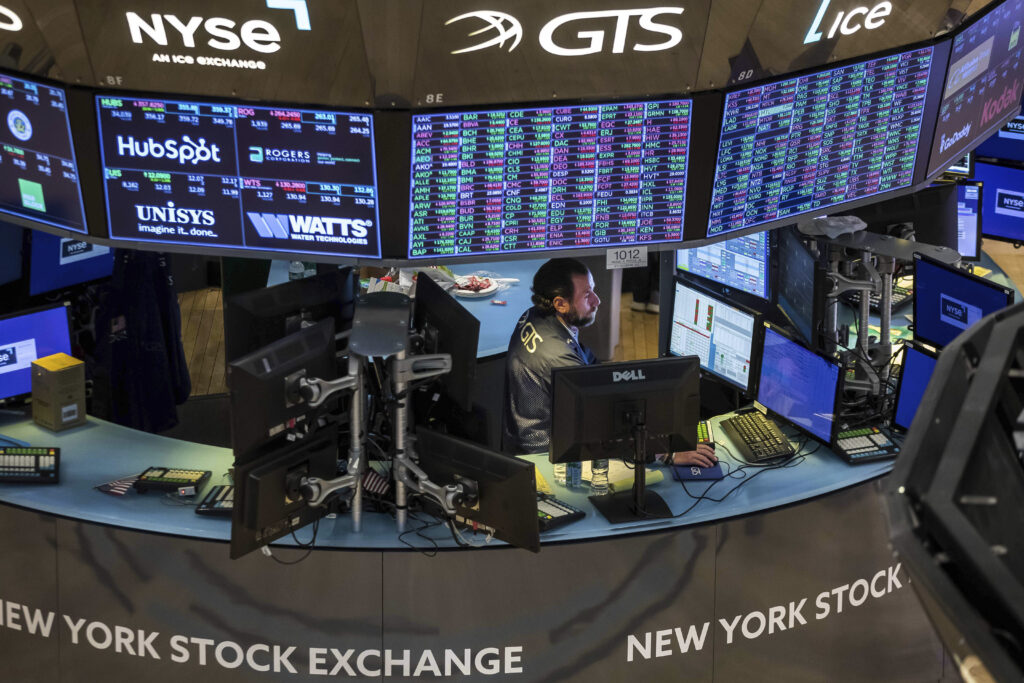 The economy is rebounding, but that means the Federal Reserve might continue raising interest rates aggressively in order to rein in inflation. This has investors nervous, and the stock market reflected those nerves by broadly falling on Wednesday. The Associated Press has the story:

NEW YORK (AP) — A swift jump in Treasury yields rattled Wall Street on Wednesday, pulling stocks broadly lower at the start of another month in what’s been a turbulent year for the market.

Stocks began their slide immediately after the release of several reports on the U.S. economy, including one showing manufacturing growth was stronger last month than expected. That bolstered investors’ expectations for the Federal Reserve to continue raising interest rates aggressively to slow the economy in hopes of reining in inflation.

“Investors are worried about the Fed meeting coming up, and because inflation is expected to remain stubbornly elevated the Fed probably won’t get away with front-end loading the rate tightening cycle and then pausing in the fall,” said Sam Stovall, chief investment strategist at CFRA.

Daily market swings have become routine on Wall Street amid worries that too-aggressive rate hikes by the Fed may force the economy into a recession. Even if it can avoid choking off the economy, higher rates put downward pressure on stocks and other investments regardless. High inflation is meanwhile eating into corporate profits, while the war in Ukraine and business-slowing, anti-COVID-19 restrictions in China have also weighed on markets.

The Fed has signaled it may continue raising its key short-term interest rate by double the usual amount at upcoming meetings in June and July. Speculation built last week that the Fed may consider a pause at its September meeting, which helped stocks to rise. But such hopes diminished after Wednesday’s manufacturing report from the Institute for Supply Management.

It showed U.S. manufacturing growth accelerated last month, contrary to economists’ expectations for a slowdown. A separate report said that the number of job openings across the economy ticked a bit lower in April but remains much higher, at 11.4 million, than the number of unemployed people.

Following the reports, traders are now betting on a 60% probability that the Fed will raise its benchmark short-term rate to a range of 2.25% to 2.50% at its September meeting. A week ago, the majority of bets was on a lower level, at a range of 2% to 2.25%, according to CME Group.

The yield on the two-year Treasury, which tends to follow expectations for Fed moves, jumped with those expectations. It rose to 2.66%, up from 2.56% just before the manufacturing report’s release.

Wednesday also marks the start of the Fed’s program to pare back some of the trillions of dollars of Treasurys and other bonds that it amassed through the pandemic. Such a move should put upward pressure on longer-term rates.

Airlines and stocks of other travel-related companies were some of Wednesday’s biggest losers on Wall Street amid worries that inflation is slicing away their earnings.

Delta’s stock fell 5.2% even though it also said revenue trends are strengthening. With passengers paying higher fares, Delta said it may get a key revenue measure fully back to 2019 levels.

The biggest gain in the S&P 500 came from Salesforce.com, which reported stronger profit for the latest quarter than analysts expected and raised its forecast for the year. Its stock rose 9.9%.

By STAN CHOE and ALEX VEIGA