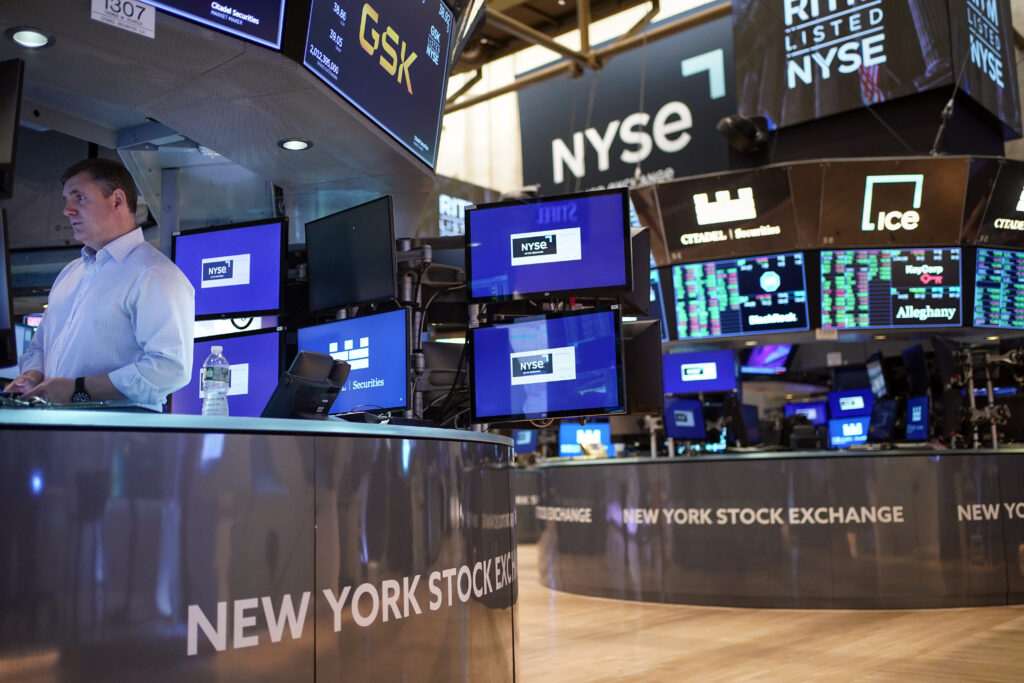 Stocks on Wall Street closed broadly lower Wednesday as drops by big technology companies wiped out the S&P 500′s gains for the week.

Small-company stocks fell more sharply than the rest of the market, pulling the Russell 2000 1.6% lower.

Traders focused on a mix of retail updates that indicate inflation pressure continues to affect businesses and consumers, but also shows that spending remains strong. A government report showed retail sales were flat last month, and Target shares slumped after the retail chain reported a nearly 90% skid in quarterly profits.

“You saw Target coming out and being softer than we thought, so maybe it spooked investors a little bit,” said Sylvia Jablonski, chief investment officer at Defiance ETFs. “It’s a small correction from the bear market rally.”

Trading has been choppy throughout the week as the benchmark S&P 500 comes off a four-week winning streak.

Pricey technology companies, communication stocks and retailers had some of the biggest losses. Only energy stocks notched gains as the price of U.S. crude oil rose.

Bond yields rose significantly. The yield on the 10-year Treasury rose to 2.89% from 2.81% late Tuesday.

Wall Street has been closely reviewing the latest economic data and corporate updates to get a better sense of how inflation is affecting businesses and consumers and whether the hottest inflation in 40 years is peaking or beginning to cool. Investors are also monitoring inflation to determine how much further central banks have to go in their fight against higher prices.

Sales at U.S. retailers were unchanged last month, according to the Commerce Department, and economists had expected a slight increase in July. Part of the weakness came from a 1.8% drop in gas sales, reflecting lower prices at the pump.

Meanwhile, Target fell 2.7% after reporting a nearly 90% plunge in second quarter profits as it was forced to slash prices to clear unwanted inventories. The retailer warned earlier this summer that it was canceling orders from suppliers and aggressively cutting prices because of a pronounced spending shift by Americans as the pandemic eased.

Britain’s inflation rate rose to a new 40-year high of 10.1% in July, a faster pace than in the U.S. and Europe as climbing food prices in the United Kingdom tightened a cost-of-living squeeze fueled by the soaring cost of energy. Inflation pressures prompted the Bank of England to boost its key interest rate by half a percentage point this month, the biggest of six consecutive increases since December.

The Federal Reserve has been raising interest rates in order to slow the economy and temper inflation, but investors remain concerned that it could hit the brakes too hard and send the economy into a recession. The Fed in July raised its benchmark interest rate by three-quarters of a point for a second-straight time.

The central bank’s minutes from last month’s meeting of policymakers didn’t offer any new insight into the Fed’s struggle to quell inflation. The minutes, released Wednesday afternoon, showed that Fed policymakers expected the economy to expand in the second half of 2022, though many suggested that growth would weaken as higher rates take hold.

Slower growth, they noted, could “set the stage’’ for inflation to gradually fall to the central bank’s 2% annual goal, though it remained “far above’’ that target. But the policymakers made clear that for now, they intend to continue raising rates enough to slow the economy.