Preston McLaughlin
10 posts
Member of the Board of Directors for the Center for a Secure Free Society. He is a Foreign Area Officer for North Africa after serving in the Military Observer Group in the UN Mission (MINURSO). 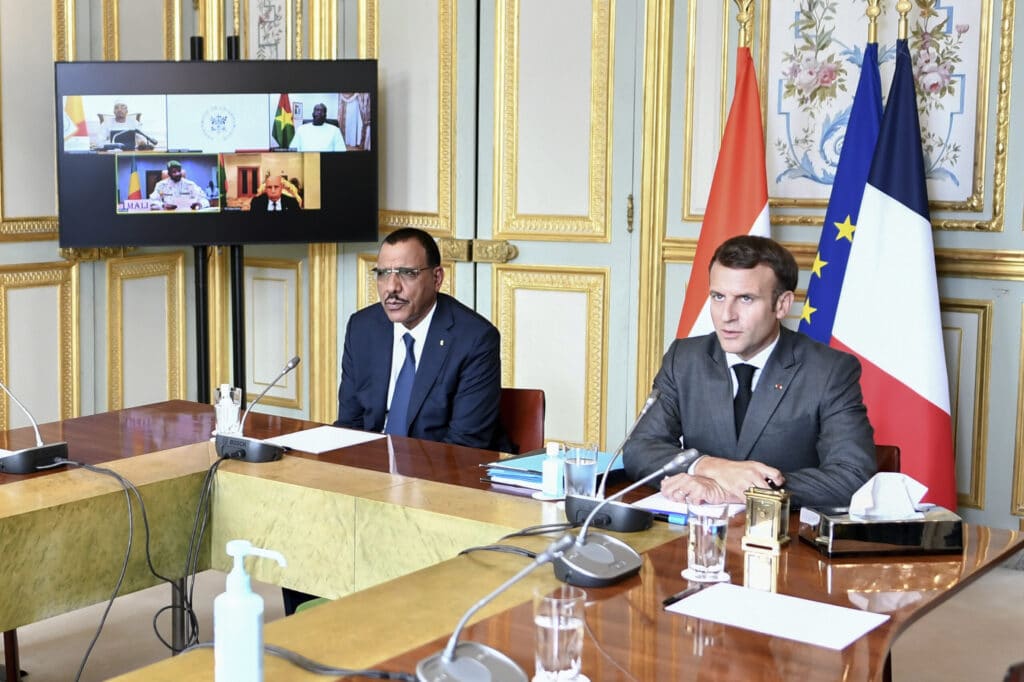 The G5 Sahel War College is a regional solution in Africa for a War-torn Sahel area that sees America limiting its military involvement and France downsizing its commitment from Operation Barkane. Regional Leaders realize the problems they face must have local solutions and their police, army, and diplomatic corps must be educated and trained to assist each other to contain the Violent Extremist Organizations threat.
The G5 Sahel Defense College was formed in 2013 in the Capital City of Nouakchott, Mauritania to better prepare the Mauritanian Army for this Threat. The Mauritanian Government decided to make the school and the G5 East and West Training Centers a transnational facility to work in concert with their neighbors who are facing the new threat. The first course Director was French Colonel Charles Michel, who realized that it was truly the first transnational war college. It provides a unique opportunity for the G5 Countries, Mauritania, Niger, Chad, Burkina-Faso, Mali, the European Union, United States of America, Germany, and France to assist each other. This year, they are on their third promotion of graduates.
The Biden Administration has repeatedly said it prefers to lead with diplomacy and economics vice just military power. The US Ambassador to Mauritania is Cynthia Kierscht, a Career Member of the Senior Foreign Service, who has experience in Morocco, Tripoli Libya, Marseilles France, and Cairo Egypt. She has experience in multiple fields but also in The Counter-Terrorism Program at Department of State Headquarters. She presented her credentials on 14 July 2021 to President Ghazouani. Ambassador Andrew Young and LTGEN Kirk Smith from US Africa Command also participated in the office call with Ambassador Kierscht to thank the President for Mauritania’s friendship and partnering with the US as well as its leadership in the G-5 Sahel. All three senior Americans stressed stability, economic development, and thanks for security ties such as recently hosting US AFRICOM’s premiere special operations exercise, Flintlock. General Townsend’s recent comments at the end of exercise African Lion in June 2021, underscored his concern of Violent Extremist Organizations on the march across the Sahel, underscores this need of a new approach with diplomacy, and economics as well as information in the lead, a Dime approach of Diplomacy, Information, military, and Economics for the US interagency.
On 1 July 2021, President Macron met with G5 Sahel Country Leaders in Nouakchott Mauritania to discuss downsizing French Forces from Operation Barkane, and said France will be there for them, but the focus of the mission must change. On 10 June 2021 in France, he made this announcement on changing the size of the French forces involved:
“We will have to hold a dialogue with our African and European partners. We will keep a counter-terrorism pillar with special forces with several hundred forces… and there will be a second pillar that will be cooperation, and which we will reinforce.” (France 24)

The United Sates can tap into Department of State Counter Terrorism and Development program funds as a resource provider and educator to the students attending the G5 Sahel War College. The current Director of the G5 Sahel War College, General Brahim Fal Cheibani Cheikh recently stated his approach:
“The G5 Sahel is based on two pillars, a development pillar, and a defense and security pillar, the armies of the G5 Countries being confronted with the same threat, it was judicious that the executives who command the forces on the ground underwent the same training, the same vision of the threat and the same methodological approach, and the same work processes because tomorrow at the end of the day they will find themselves in the same theater working to face the same enemy”. (Africa News)
At the end of the Third Promotion graduation, 44 Officers will join 106 graduates in the senior ranks of G5 Sahel Militaries and National Police. They will inherit the security and economic problems that fuel VEOs in the region, and must be aware of the environment, purely military solutions won’t work with the populations and environments within their states. They will have to arrive at local solutions to solve local problems. More By The Author