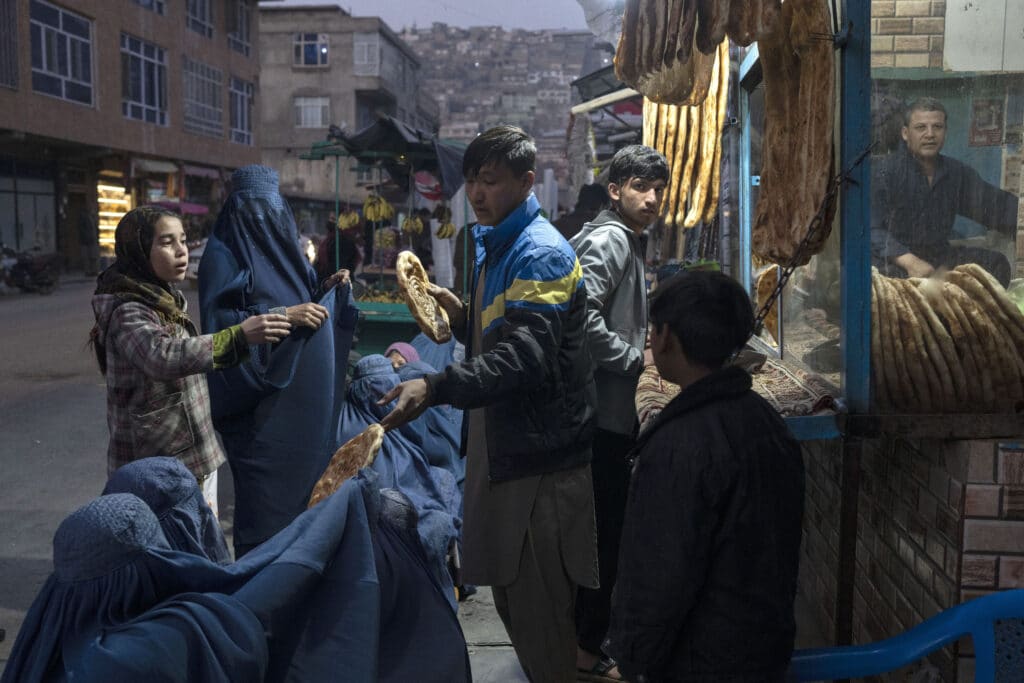 Humanitarian disasters are unfolding in Afghanistan, where 60 percent of the population faces “crisis levels of hunger” and 3.2 million children are at risk of acute malnutrition. The Organization of Islamic Cooperation (OIC) gathered for a meeting in Islamabad on December 19 to address Afghanistan’s situation. With five of its 57 member-states bordering Afghanistan, there is a significant amount of concern in the OIC about the conflict-ridden country’s chaos and humanitarian crises spilling into neighboring states and beyond. As one of the highest stakeholders in Afghanistan’s future, Pakistan is playing a major role in trying to lead at the international level when it comes to helping its western neighbor avoid massive economic and humanitarian disasters.

At the recent meeting in Pakistan, the OIC committed itself to establishing a humanitarian trust fund for Afghanistan. This could help considering how the US reacted to the Taliban’s takeover of Kabul and most of Afghanistan in August by freezing aid and assets to the tune of USD 9.4 billion. Following the OIC meeting, the body passed a resolution which affirmed the Islamic Development Bank’s role in leading efforts to provide economic assistance in early 2022. This resolution also called on the Taliban regime to abide by “obligations under international human rights covenants, especially with regards to the rights of women, children, youth, elderly and people with special needs”.

As highlighted by the speeches made by Pakistan’s Prime Minister Imran Khan and officials from other OIC countries, leaderships throughout the Islamic world understand that without sufficient international action Afghanistan will enter an extremely dark and chaotic future. As Khan put it, “Any government when it can’t pay its salaries for its public servants, hospitals, doctors, nurses, any government is going to collapse but chaos suits no one, it certainly does not suit the United States.”

An elephant in the room is this highly controversial question about formal recognition of the Taliban government. Although the OIC’s latest meeting in the Pakistani capital did not result in any member of the body choosing to “legitimize” the government in Kabul, there are concerns that further engagement with the Taliban, even if for the purpose of providing Afghanistan with humanitarian and economic help, could be interpreted as a move in that direction.

There are many challenges for OIC countries which want to help Afghanistan recover from the effects of decades of war and having an economy in “free fall” as the UN Undersecretary-General on Humanitarian Affairs Martin Griffiths described it. A major problem is Washington’s refusal to unfreeze the billions that are in the country’s central bank reserves or remove the sanctions on Kabul which have prompted financial institutions and governments worldwide to basically avoid any dealings with Taliban-ruled Afghanistan. In the words of Pakistan’s chief diplomat, Shah Mahmood Qureshi, Afghanistan needs such banking channels to be unblocked “because the economy can’t function, and people can’t be helped without a banking system”.

As the OIC attempts to navigate Afghanistan’s tough political and social terrains, it would serve US interests to support the body’s efforts to alleviate misery and human suffering in the country. The Taliban undeniably deserves much criticism and condemnation for not making good on its promises to govern in ways that respect human rights, highlighted by the Kabul regime’s policies which severely restrict women and girls from employment and education opportunities. Yet Washington freezing Afghanistan’s reserves held abroad while sanctioning the country hurt the Afghan people who bear no responsibility for the Taliban’s brutality and draconian governance.

As Christina Goldbaum recently explained in a New York Times article, “Nearly four months since the Taliban seized power, Afghanistan is on the brink of a mass starvation that aid groups say threatens to kill a million children this winter — a toll that would dwarf the total number of Afghan civilians estimated to have been killed as a direct result of the war over the past 20 years.”

Fortunately, not all lawmakers in the US are oblivious to the ways in which Biden’s foreign policy harm ordinary Afghans living under the Taliban. On December 20, 46 mostly Democratic members of the House and Senate sent Biden a letter calling on him to free up access to Afghanistan’s economic reserves so that “imminent mass starvation” could be avoided. “No increase in food and medical aid can compensate for the macroeconomic harm of soaring prices of basic commodities, a banking collapse, a balance-of-payments crisis, a freeze on civil servants’ salaries, and other severe consequences that are rippling throughout Afghan society, harming the most vulnerable,” wrote the lawmakers.

Indeed, ensuring that paralyzed banks in Afghanistan start functioning again and that funds abroad become unfrozen is critical to averting more human suffering in the country. To be sure, this discussion is not only about the vital interests of people in Afghanistan. It also concerns US national security because exacerbated humanitarian crises in Afghanistan will almost inevitably provide fertile ground for extremist groups like Islamic State Khorasan Province (ISIS-K) which directly threaten the US and its western allies. To help Afghanistan make progress on the humanitarian front, it is simply not enough to just give aid to Afghanistan. Washington’s financial warfare against the country must end. Those in the West who voiced so much concern about the lack of freedom for Afghan women under the Taliban ought to also care about their survival this winter.