The Russian War in Ukraine and its Socioeconomic Impact

Prof. M. Rabie PHD
10 posts
a retired professor of international political economy; he taught at 10 universities on 4 continents. He published 52 books, of which 4 were published by Pal grave Macmillan in 4 years (2013-2017) 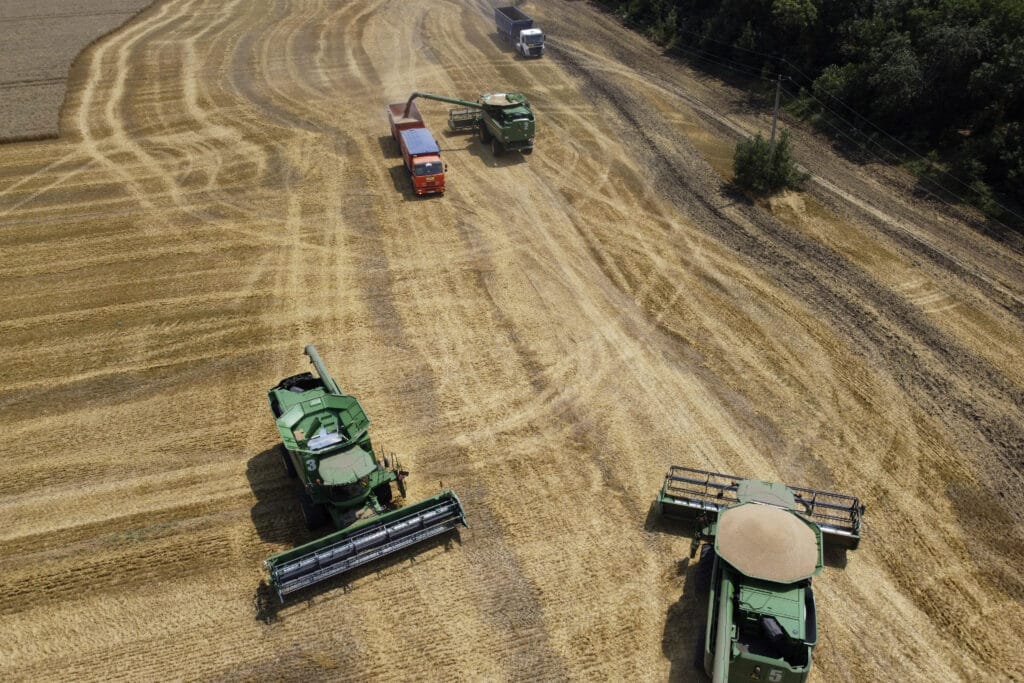 The Russian War in Ukraine and its Socioeconomic Impact

The Russian war in Ukraine has come at an already global inflationary environment due to the COVID-19 pandemic. Consequently, it began to disrupt supply chains and cause prices for food, consumer products, and energy to rise, especially since a high percentage of wheat, corn, oil, and gas come for the area affected by the war. And as prices of these products rise, the living standards of most people fall and make life difficult for probably 50% of the world’s population. But what makes the current situation more serious is the fact that Russia and Ukraine are major exporters of cereals, oilseeds, wheat, sunflowers, corn, and several industrial minerals.

According to the US Department of Agriculture, Ukraine accounts for 16% of global corn exports and 12% of wheat exports. According to the International Food Policy Research, Ukraine produces 50% of the cereal needs for North Africa and the Middle East. The war has already closed Kiev’s ports and enforced a ban on commercial vessels in the seas in the area. Moreover, nearly one third of the Arab world is experiencing food insecurity. For example, Ukraine supplies Lebanon with 50% of its wheat needs, Libya with 43%, Yemen with 22% and Bangladesh with 21%, says the Financial Times. In addition, the Financial Times says that Russia and Ukraine supplied 86% of Egypt’s wheat imports in 2020 and 75% of Turkey’s wheat purchases.

“With up to 283 million people currently acutely food insecure or at risk in 81 countries, and 45 million already teetering on the brink of starvation, the world can’t afford another conflict,” said Margot van der Velden, the World Food Program Director for Emergencies. The report says further that “if the war persists and exports continue to be halted during the Ukrainian harvest season coming up in a few months, the chaos will reverberate throughout the globe.”

If conflict continues for a few months, a food crisis will be felt across the globe, beginning with the most fragile states, warns WFP director David Beasley. “It’s going to have a dramatic impact on food costs, shipping costs, oil and fuel”. Just when you think it couldn’t get worse, it’s going to get worse,” said Beasley.

In fact, global prices of grains, oilseeds, and fertilizer were already rising before the Russia-Ukraine conflict erupted, causing fears and concerns to heighten, and spread worldwide. Costs for farmers are also increasing as sanctions against Belarus and Russia impact fertilizers supply chains and prices.

Though Russian oil and gas supplies to Europe are not banned, their prices on the stock market and at gas stations are increasing daily. And as energy prices rise, so will the cost of transportation by cars, trucks, planes, and ships, as well as the production of industrial products and food processing operations.

Liu Chunsheng, associate professor at the Central University of Finance and Economics, published a good article on the topic. The following is a summary of what he said. “since the outbreak of conflict between Russia and Ukraine, global industrial chains, supply chains and commodity prices have been severely disrupted. Russia and Ukraine are important producers of wheat, corn and sunflower oil, thus agricultural products prices have also risen sharply. The market was immediately affected by risk aversion and panic. Investors, consumers, and companies began to buy gold, metals, oil and gas and agricultural products. Metals and safe-haven assets have soared as gold reached $1,920 per ounce on March 1, 2022. However, it closed at $2057 on March 8.

As the prices of wheat and corn rise, they cause the prices of substitutes such as rice and soybeans to rise, resulting in a jump in the prices of agricultural products. Countries that import a large amount of corn from Ukraine for use as animal feed will see the cost of raising pigs rises, thereby increasing the price of pork. For countries with a high degree of dependence on food imports, the rise in food prices will make them bear higher costs, especially countries in the Middle East; the least developed countries are likely to suffer a humanitarian crisis. According to statistics, more than 700 million people in the world are already undernourished.

The market predicts that the conflict will exacerbate the serious shortage of chips because Ukraine is the world’s main supplier of neon; it accounts for 70% of the global market share. Neon is the indispensable raw material for semiconductor lithography and the chip crisis may intensify, thereby increasing the prices of electronic products, medical equipment, automobiles, and other commodities.

Since Russia is the largest supplier of natural gas and oil to the European Union, Europe is expected to see a huge increase in oil and gas prices. While the Brent oil price reached $105 on March 1st, it reached $123,6 on March 8. But after President Biden banned oil and gas imports from Russia, the price closed at $128.87.

“The U.S. chip industry relies on Ukrainian-sourced neon and Russia exports a number of elements critical to the manufacturing of semiconductors, jet engines, automobiles, and medicine; the supply chains for these products will be disrupted, and the prices will rise further. According to the FAO, Russia and Ukraine export together 23% of barley, 15% of maze, 62% of sunflower, and 27% of wheat.

And while the overall impact of the war is hard to estimate, there is disruption of food operations in Russia, disruption of food exports in Ukraine, disruption of trade with Russia and Ukraine, higher commodity prices, higher energy prices, lower economic growth rates, chaos at all levels, and above all, deterioration in the living standards of the poor everywhere. And as worries continue to rise, everyone’s ability to plan ahead declines, causing bad situations to get worse.