The Security Council Embarrasses The world 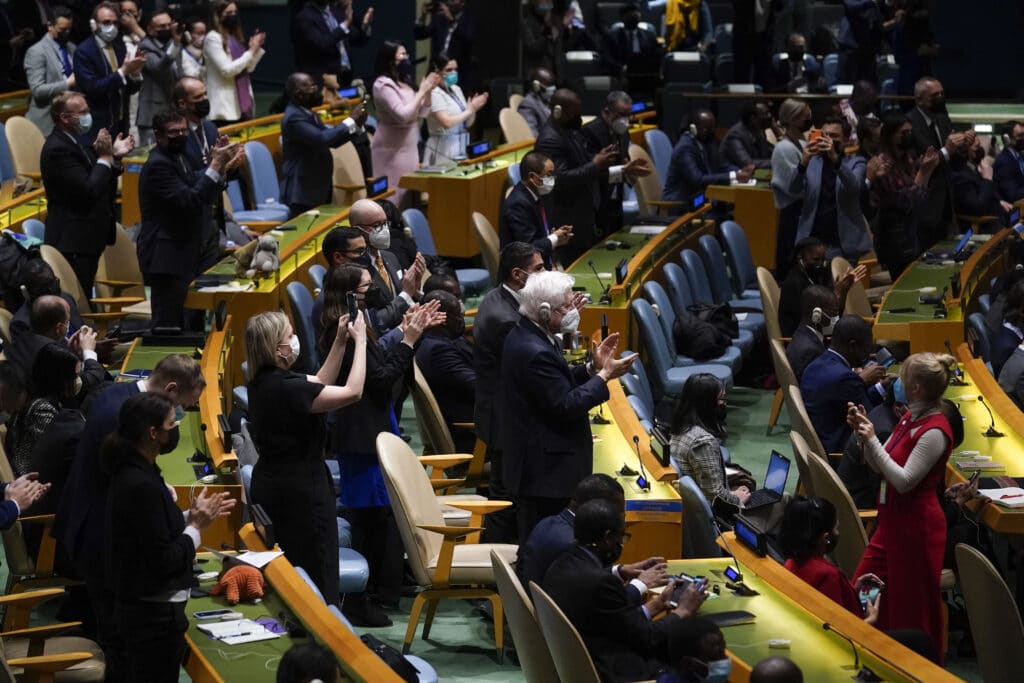 The Security Council Embarrasses The world

Many around the world are wondering about the effectiveness of an emergency meeting of the United Nations General Assembly, after UN security council was unable to pass a resolution condemning the Russian invasion of Ukraine. Note that the resolutions issued by the General Assembly are not binding and does not entail any legal consequences. Rather, they are merely recommendations that will not affect the outcome of this crisis at all.

We saw how Russia chaired the Security Council session devoted to condemning Russia?

We saw how Russia is the accused and at the same time is the judge who used the veto to prevent the issuance of a conviction.

Was this not enough to convince the world that the system in force at the United Nations is one that favors the major powers? It grants privileges above the authority of international law — all while failing to conform to even the lowest standards for legality, due process, and reasonableness. Even the smallest court in many of the world’s small countries often performs far better.

The world followed today the vote on the General Assembly resolution on Ukraine, as if the most important thing for Ukraine and its displaced people is to know who has the courage to condemn Russia and who cannot.

What sense and what logic is this that exposes dozens of poor countries to the embarrassment of choosing between supporting the American position and sacrificing their economic and political interests with Russia, poor countries struggling with famine, water scarcity and the repercussions of the epidemic that exhausted their economies at all levels.

What is the point of the Security Council if it is unable to decide on international conflicts when one of its members is a party to the conflict?

If the positions of many European countries have varied according to their political and strategic priorities, how is it possible to consider a country’s vote to abstain or even reject the resolution, as contradicting the Western interest?

We saw how some blame Algeria and other countries for abstaining from voting on the General Assembly resolution condemning Russia, why the West does not understand that these countries have their own priorities and interests that link them to a superpower like Russia.

How can Algeria, for example, condemn Russia, which is one of its first allies in Africa since the Cold War era, and most of its weapons, if not all, come from Russia.

There is a defect and there is a need to correct it.

Either we are living through a cold war and the countries of the world must choose their camp, or we are living in a transitional phase that requires wisdom, deliberation and taking care of the interests of all the peoples of the globe.