Trump’s Endorsement Have a Big Political Value. Why? 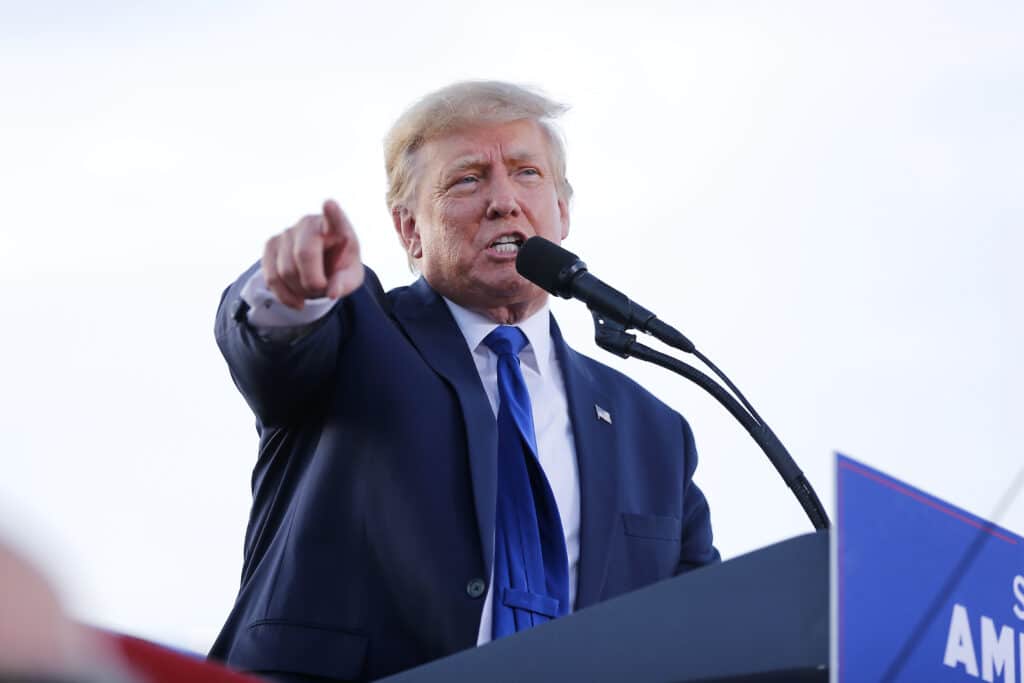 Trump’s Endorsement Have a Big Political Value. Why?

Political endorsements usually make a lot of headlines, generally speaking, yet they are not the most important factor in determining the outcome of an election.  For example, Hollywood stars seem to think that their political opinions are important to the average American. But few Americans care what entertainers think about politics. So perhaps the entertainer’s appearance at a fundraiser helps raise money for a campaign, but it is unlikely that more than a handful of Americans are saying to themselves, I want to vote for whoever my favorite actor or singer is voting for. And it isn’t exactly news that a former politician of a particular party supports the current politician from his or her party. So in general elections, endorsements seem to get more attention in the media than they do in the minds of voters.

But in a series of primary elections in 2022, former President Donald Trump’s endorsement made a difference.  There are certainly some races where his endorsement was not enough to carry a candidate to victory — but those races had their own character and in some cases the candidates were struggling because of missteps of their own.  For example, Rep. Madison Cawthorn lost his primary because of numerous alleged personal scandals. Trump’s endorsement wasn’t enough to overcome those obstacles. But the voter’s rejection of Cawthorn wasn’t a rejection of Trump.

Trump’s endorsement has carried a lot of political punch. In the contested races, his endorsements received an average of almost 64% of the votes cast, according to a study done by Business Insider. That’s pretty impressive. Perhaps Trump was endorsing people who were going to win anyhow, but the mainstream media would have you believe Trump is a pariah. That is clearly not true.

In bellwether states like Pennsylvania and Ohio, a number of the candidates argued among themselves who would be the most like Trump and who would be most true to Trump’s policies.  In Ohio, JD Vance who had Trump’s endorsement, and another major candidate, Josh Mandel, claimed to be the true heir to Donald Trump. While Vance won, it is instructive that more than one candidate claimed the Trump agenda as his own.

Likewise, in Pennsylvania, the Senate race came down to three candidates — all who claimed the Trump mantle. Dr. Mehmet Oz had the endorsement. But former hedge fund CEO David McCormick also claimed to be the true and best vote for the MAGA agenda.  But it didn’t stop there. The strong third place finish by Kathy Barnett was also on the strength of her claims to be the most conservative and reliable MAGA candidate. While we don’t yet know who will win the Pennsylvania primary as the recount is progressing, either way, the winner will have campaigned heavily as the ideological heir apparent to Donald Trump.

In state gubernatorial elections, Trump’s endorsement has a 50-50 record — with three winners and three losers. But in the Senate races, where Trump made an endorsement and a winner has been determined, the Trump endorsement has a 100% track record. And as discussed above, even if Dr. Oz does not end up winning the recount (he leads now by about 1,000 votes), the top three candidates all claimed to be the best candidate to advance the MAGA agenda.

Donald Trump has made a total of 472 endorsements since 2017, according to Ballotpedia.  Of those, Trump endorsements from 2017 to 2021 resulted in wins in all but five races. That is also a strong record.  While Trump’s endorsement packs some punch, it is not necessarily clear that other factors didn’t also play important roles in primary outcomes. In the end, an endorsement can help an unknown candidate gain name identification. An endorsement can also encourage voters to check out and consider a candidate. But I doubt that most voters consider an endorsement an instruction to vote a certain way that they are bound to obey.  Most voters will vote for their own personal reasons and on the issues that matter most to them. But that doesn’t mean an endorsement doesn’t matter. It simply means that it is only one of many important factors that voters consider when deciding how to vote. But it is also clear that the mainstream press’s distain for Donald Trump is not shared by a strong majority of republican primary voters.