Ukraine forces pull back from Donbas after onslaught 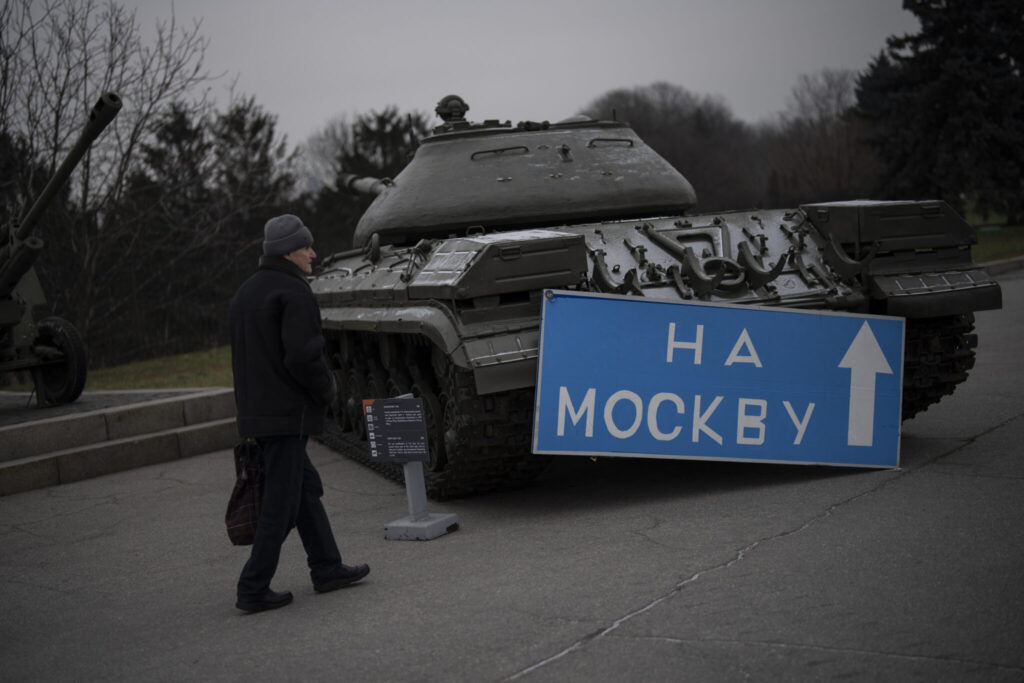 The Ukrainian army retreated from the salt mining town of Soledar to “preserve the lives of personnel,” Serhii Cherevatyi, a spokesperson for Ukraine’s forces in the east, told The Associated Press. The area around Bakhmut has seen some of the most brutal fighting of the 11-month war, so its fate has high symbolic importance for both Russia and Ukraine, even though Western military analysts say the town, which had a pre-war population of around 70,000, has little strategic significance. The Associated Press has the story:

Ukraine forces pull back from Donbas after onslaught

Ukrainian forces have conducted an organized retreat from a town in the eastern region of the Donbas, an official said Wednesday, in what amounted to a rare but modest battlefield triumph for Russia after a series of setbacks in its invasion that began almost 11 months ago.

The Ukrainian army retreated from the salt mining town of Soledar to “preserve the lives of personnel,” Serhii Cherevatyi, a spokesperson for Ukraine’s forces in the east, told The Associated Press.

The soldiers pulled back to previously prepared defensive positions, he said. Russia claimed almost two weeks ago that its forces had taken Soledar, but Ukraine denied it.

Moscow has portrayed the battle for the town not far from the Donetsk province city of Bakhmut, as key to capturing all of Ukraine’s Donbas region, where Russia-backed separatists have fought Ukrainian troops for almost nine years and controlled some territory before Russia’s full-scale invasion.

Russian President Vladimir Putin cited the safety of ethnic Russians living in Donetsk and neighboring Luhansk province, which together make up the Donbas, as justification for the invasion. Putin illegally annexed the Ukrainian provinces and two others in late September.

The withdrawal of Ukraine’s troops from Soledar takes the Russian forces a step closer to Bakhmut, but military analysts say the town’s capture is more symbolic than strategic. The fighting in eastern Ukraine has stood mostly at a stalemate for months.

Ukraine’s military has said its fierce defense of Soledar and Bakhmut helped tie up Russian forces.

Many of Russia’s troops around Soledar belong to the Wagner Group, a private Russian military contractorand the fighting reportedly has been bloody.

Since its invasion of Ukraine, Moscow has prioritized taking full control of the Donbas, where it has backed a separatist insurgency since 2014. Russia has seized most of Luhansk, but about half of Donetsk remains under Ukraine’s control.

Taking control of Soledar potentially allows Russian forces to cut supply lines to Ukrainian forces in Bakhmut, though the strength of Ukraine’s new defensive positions was not known.

The Institute for the Study of War, a think tank in Washington, said earlier this month that the fall of Soledar wouldn’t mark “an operationally significant development and is unlikely to presage an imminent Russian encirclement of Bakhmut.”

The institute said Russian information operations have “overexaggerated the importance of Soledar,” which is a small settlement. It also argued that the long and difficult battle has contributed to the exhaustion of Russian forces.

Perhaps more worrying for Moscow, Western military help for Ukraine is now being stepped up with the delivery of tanks.

Elsewhere, Russian forces have continued to pummel Ukrainian areas, especially in the south and east.

Five were wounded when Russian shells slammed into apartment blocks, he said.

The General Staff of the Armed Forces of Ukraine said Russian forces had launched four missile strikes, 26 airstrikes and more than 100 attacks from rocket salvo systems between Tuesday morning and Wednesday morning.

Two people were killed and three more wounded in Russian shelling of a grocery store in the Kherson province city of Beryslav on Wednesday, according to an online statement by the regional government.

On Tuesday, the Russian shelling included 12 attacks on the regional capital, also called Kherson, damaging a maternity hospital, a school, a clinic, port buildings and residential buildings, the statement said.

Meanwhile, Ukrainian President Volodymyr Zelenskyy, who was a professional comedian and actor before his 2019 election and has become an internationally recognized wartime leader, in the 11 months since Russia invaded his country, turned 45 on Wednesday.

His wife, first lady Olena Zelenska, said that while he is the same person she met at age 17, “Something has changed: You smile much less now.”

“I wish you to have more reasons for smiling. And you know what it takes. We all do,” she tweeted.