Ukraine, the Testing Lab for a New World Order 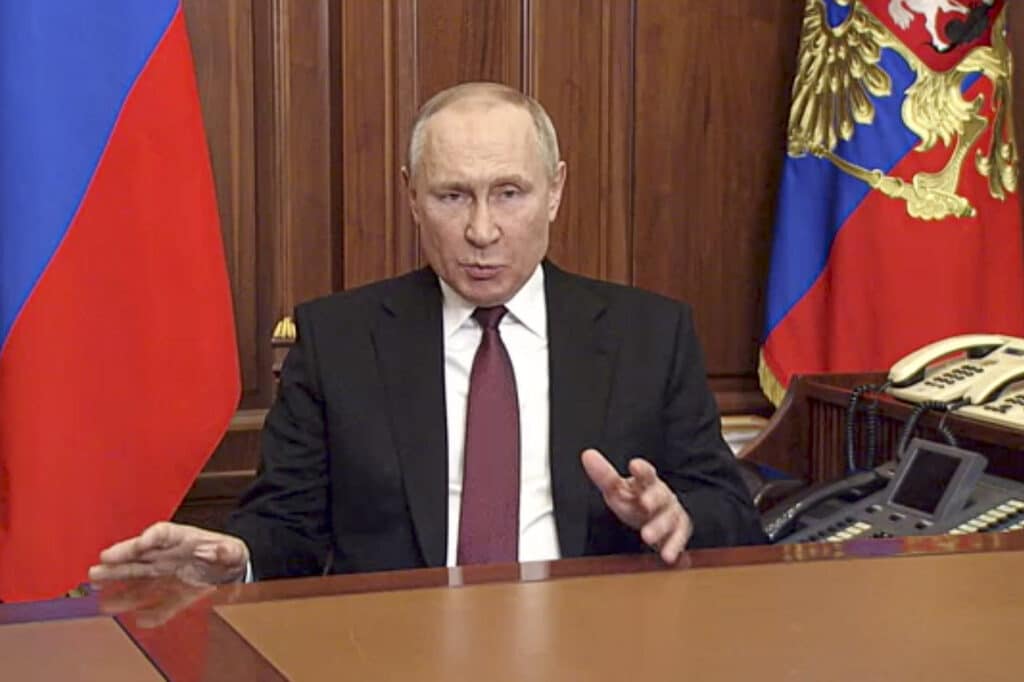 Ukraine, the Testing Lab for a New World Order

It has become clear that the Western-Russian conflict over Ukraine is just one of a series of rounds, the first of which was Russia’s invasion of Georgia in 2008, and then the Crimea in 2014. Without forgetting Putin’s support for Syrian President Bashar al-Assad against the U.S. position, it has also become clear that the dynamics of the Russian relationship with the West cannot continue under Washington terms.

All indicators suggest that the return to the Cold War has become a tangible reality, the only difference being that the two powers that were involved in the conflict after World War II, namely the United States and the Soviet Union (currently the Russian Federation), no longer possess the same ability and qualifications to monopolize international leadership.

Therefore, mapping the attraction of power in the post-unipolar world is a task during which a group of new powers, such as China and the European Union, cannot be excluded.  And even less influential powers, such as Japan India, Iran, Pakistan, Australia and Brazil cannot be ignored.

The failure of America and NATO in Afghanistan was never a coincidence. We all know that the Russia has spared no effort in prolonging the confrontation with the Taliban, knowing that the Russians understand better than any other nation the heavy price of getting involved in the Afghan quagmire.

Therefore, evaluating the positions of Russia, the United States, Europe and China towards the Russian-Ukrainian crisis may constitute the shortest way to understanding the mysteries of this crisis and the options and priorities hidden behind.

What does Putin want from Ukraine?

It was clear from the statements of Russian President Vladimir Putin, moments before the start of the military operations, that he included coded messages to the West.

His talk about the disarmament of Ukraine can only be understood as an aspiration through which he wants to raise the ceiling of his demands and set a fixed ceiling from which he will not retreat.

Putin said that he is not thinking of taking over Ukraine and called the military operations “special operations”, adding that the goal was to disarm Ukraine and liberate the Ukrainian people from fascist forces.

There is no more clarity than this about Putin’s intentions and goals, as he explicitly tells the West that Russia will not allow Ukraine to join NATO, and that the military neutralization of this country may be the most acceptable solution by Moscow, but on the ground, he is not waiting for a Western response. He  set out to create a buffer zone and create a new reality on the ground.

Putin’s positions and movements are characterized by caution and deliberate selection. He is reassured that Biden will not send U.S. forces to Ukraine, which has been confirmed by Biden on more than one occasion. Putin is also aware that the expansion of the confrontation does not serve his interests as it meets the goals and strategies of the West.

Finally, Putin sees economic sanctions without any impact on his country’s economy in the short and medium term at least. He also see them also as a tool to save the face of Biden and his Western allies and allow himself the time he needs to reshape the demographics and political fabric of Ukraine and then enter into diplomatic dialogue with conditions from a position of strength.

What does the American position hold?

President Biden is well aware that Putin is in a defensive position because Ukraine is located on the Russian border and not off the American coast, and therefore the West is the one who can extract gains from Russia even without entering into a direct confrontation with it.

Biden’s talk about non-complacency in protecting NATO member states does not offer anything new and does not respond to the priorities of the Ukrainian people, who are threatened with displacement, intimidation, and possibly persecution and murder. But on the other hand, we see the US President stressing the need to support Ukraine militarily and economically, which explains the US strategy not to allow Putin’s military operations in Ukraine to turn into a picnic. Rather, into a long-term and costly armed confrontation, and if added to the economic sanctions, it may be enough to exhaust Moscow and force it to lower the ceiling of its demands and even put pressure on it from a more powerful position.

Europe between the sword and the wall

We cannot understand the confused European positions in isolation from the economic and energy constraints Europe faces. Europe today is reacting with its eyes on the dialogue table, while its leaders hope that the Ukrainian crisis will end with minimal losses to its economies and peoples. Therefore, the French and German position, for example, cannot be put in one basket. Every European country has its own geopolitical and strategic constraints. This makes EU completely isolated from the circle of direct influence in the course of this crisis.

Perhaps the most that some European countries can do today is to search for a consensual solution to avoid entering into a direct confrontation with Russia. A confrontation in which geography does not serve the countries of Eastern Europe, just as the economic factor (gas) does not serve Western Europe. So, the coming months will reveal that calls for calm and restraint are the most that Europe has. Would that be enough to save the lives of millions of innocents? Not quite sure.

Honestly, Russia is holding Europe from the hand that hurts, while US foreign policy under President Biden has proven that Washington does not attach much importance to European positions and interests, with the exception of what unites America with the United Kingdom, and that is a different issue.

I think that China is the most beneficiary of the outcomes of what is happening in Ukraine. Beijing has been keen to leave the line of friendship open with Moscow without sacrificing the possibility of reconciliation with Washington. That how the official Chinese statements came balanced, calling on the parties of the conflict to exercise restraint.

We know that Western (serious) sanctions on Moscow cannot bear fruit without China being one of its activators, in addition to India at a slightly lower level. But will Beijing sacrifice the Russian market to please the United States and the West? And how could that happen while China stands in the same degree of disagreement with Washington over the South China Sea and its intentions, which are no longer a secret, regarding the annexation of Taiwan.

Therefore, we are facing a Chinese position that benefits and draws lessons from the Russian-Ukrainian crisis, and I am sure that Beijing is carefully and calmly assessing the ability of the West in this confrontation, militarily and diplomatically.

How would this confrontation be – may one ask- if China was concerned, and we all know the importance of the Chinese economy and its pivotal role in the global trade and financial movement?

In conclusion there is no way we can talk about the Ukrainian crisis and all the international visions accompanying it without asking the following three questions:

Finally, is it time to talk about a comprehensive change in the concept of sovereignty and the role of the United Nations in ensuring the right of the world’s population to live in peace and not to fear an invasion from its neighbors?

If Russia today is dividing Ukraine into separatist regions and recognizing their independence against the international will… who will then guarantee that other countries will not follow the same path and work to carve out regions from their neighbors and impose them on the world as a fait accompli?