Ukrainian survivor: Only a ‘monster’ would attack a mall 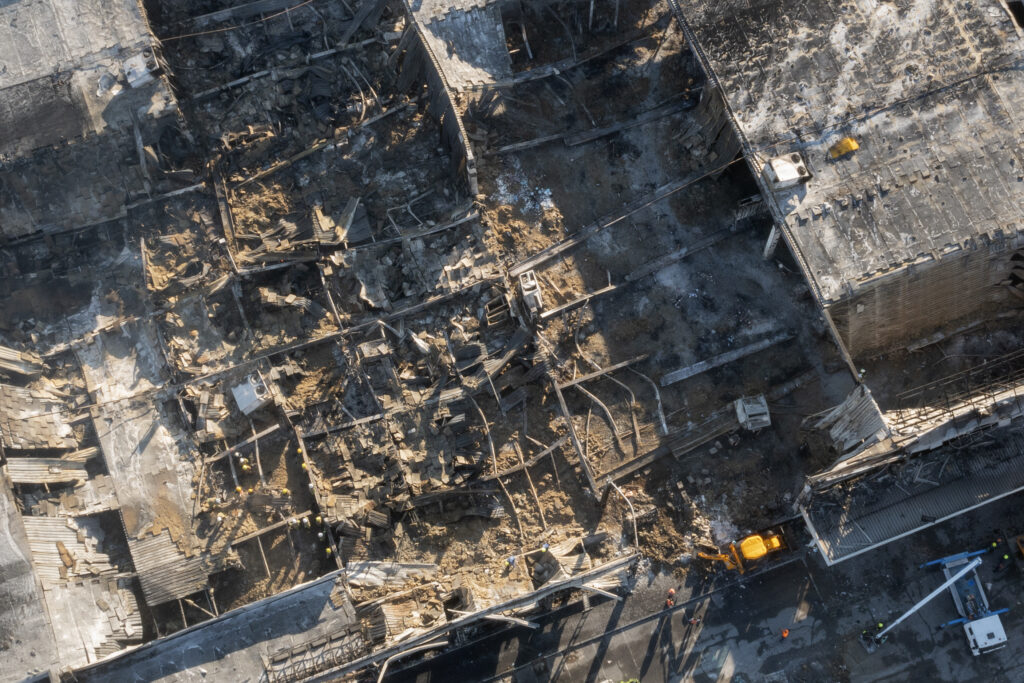 In moments on Monday afternoon, a Ukrainian summer hangout became a hellish inferno, after one of the most heinous and dastardly attacks on innocent humans, in what many are calling a war crime. The crowded mall in Kremenchuk, which housed the largest toy store in town, is now the latest shorthand for allegations of war crimes against Russia. As reported by the AP:

One day after the airstrike, the scene still smelled of charred debris, as grit hung in the air, irritating the skin and throats

KREMENCHUK, Ukraine (AP) — The mall was nothing extraordinary, but in the middle of a war it was an escape for those in this Ukrainian city who had decided not to flee. Then it exploded in a Russian airstrike.

In moments on Monday afternoon, a summer hangout became a hellish inferno. Life and death depended on a shopper’s decision whether to heed yet another air raid siren and take shelter. Among those who stayed, at least 18 are dead, more than 20 are missing and scores are wounded.

The crowded mall in Kremenchuk, which housed the largest toy store in town, is now the latest shorthand for allegations of war crimes against Russia. As with earlier attacks on a theater, a train station, and a hospital elsewhere in Ukraine, authorities in Moscow said the mall was not the target.

One day after the airstrike, the scene still smelled of charred debris. Grit hung in the air, irritating the skin and throats. Visitors laid red carnations, a spot of color in the still-smoking ruins.

Images on social media showed the burned body of a woman, white sneakers still intact, who appeared to have been caught in the blast as she tried to run. In another video, around the time of impact, a man could be heard calling for his mother.

One mall employee, who gave only his first name, Oleksandr, said he had stepped outside with a colleague for a cigarette when the air raid siren went off. He described the moment of impact.

“There was darkness in my eyes for two minutes,” he said. “There was a black tunnel, smoke, fire. I started to crawl. I saw the sun up there, and my brain was telling me I needed to save myself.”

Everything was on fire, he said. A blast wave threw him under a car. He couldn’t hear. Bits of shrapnel were embedded in his leg.

He estimated 1,000 shoppers and employees had been in the mall at the time, contradicting Russia’s claim that it was empty.

Kateryna Romashnya had just reached the mall on her walk home from work when the explosion threw her to the ground and blew out nearby windows. Stunned, she estimated that 10-15 minutes passed before another explosion occurred.

“I realized I needed to get away,” Romashnya said, and she ran with all her strength.

“It was terrifying,” she said, and began to cry.

“You have to be a real monster” to destroy a mall, she said. “I don’t have words anymore.”

Ukrainian authorities said that in addition to the direct hit on the mall, a factory was struck, but denied it housed weapons, as Russian officials alleged.

Dr. Kostyantyn Manayenkov, the chief surgeon at a Kremenchuk hospital treating the wounded, said nine people in intensive care were in “very bad condition.” There had been skull injuries and some amputations, he said.

Some bodies were so badly burned that they were unrecognizable, said Denis Monastyrsky, Ukraine’s minister of internal affairs, who visited the scene. Identifying them could take days, he added.

Those inside the mall had had seven to 10 minutes to leave and get to safety when the warning sounded, he said. A shelter was just across the street.

Monastyrsky again pleaded with Ukrainians who have lived with such sirens for four months now to understand the danger and to act.

The country’s prosecutor general, Iryna Venediktova, emphasized that all Ukrainians must remain alert and expect a similar strike “every minute.”

But near sunset on Tuesday, some residents could only stand and stare at the debris.

“Say something!” one man cried, trying to rouse them. “Pray to God that he will help us!”