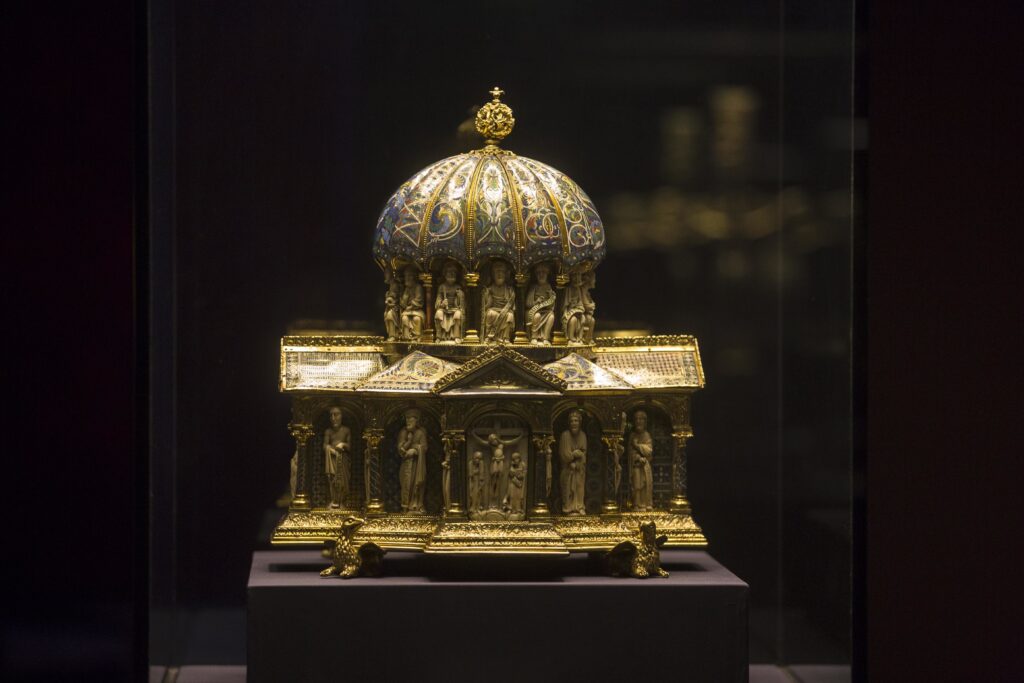 An American court has thrown out a lawsuit against a German museum foundation over a medieval treasure trove that was filed by heirs of Nazi-era Jewish art dealers, saying that the U.S. lacked jurisdiction to hear such a lawsuit.

The foundation that oversees Berlin’s museums said in a statement Tuesday that the U.S. District Court for the District of Columbia last week granted the foundation’s motion to dismiss the 2015 restitution lawsuit that was brought against it, bringing the case to an end in the U.S., absent an appeal by the plaintiff.

The Welfenschatz, or Guelph Treasure, which is at the center of a long-running ownership dispute, includes silver and gold crucifixes, altars, intricate silverwork and other relics worth more than 200 million euros (dollars).

The collection, which has been on display in Berlin since the early 1960s and is currently at the city’s Bode Museum, is considered the largest collection of German church treasures in public hands.

The heirs maintained that their ancestors had no choice but to sell the Christian artifacts in 1935 to the Nazi government for less than their value.

The state-run foundation that owns the collection has said the collectors weren’t forced to sell the treasures, arguing among other things that the collection was not even in Germany at the time of its sale.

On Tuesday, the president of the museum foundation, also known as the Stiftung Preussischer Kulturbesitz or SPK, Herrmann Parzinger, welcomed the court decision.

“SPK is pleased with the district court’s ruling, which affirms SPK’s long-held assessment that this lawsuit seeking the restitution of the Guelph Treasure should not be heard in a U.S. court,” Parzinger said.

“SPK has also long maintained that this lawsuit lacked merit, as the Guelph Treasure’s sale in 1935 was not a forced sale due to Nazi persecution,” he added.

The heirs originally pressed their claims in Germany, but a German commission found the artworks’ sale was made voluntarily and for fair market value. A suit was then filed in the United States. Germany and the SPK foundation argued the case did not belong in American courts.

The U.S. District Court’s ruling follows a ruling by the U.S. Supreme Court in February 2021 that had overturned a lower court’s denial of the Berlin foundation’s previous motion to dismiss this lawsuit.