US taking in over 50,000 Afghan refugees 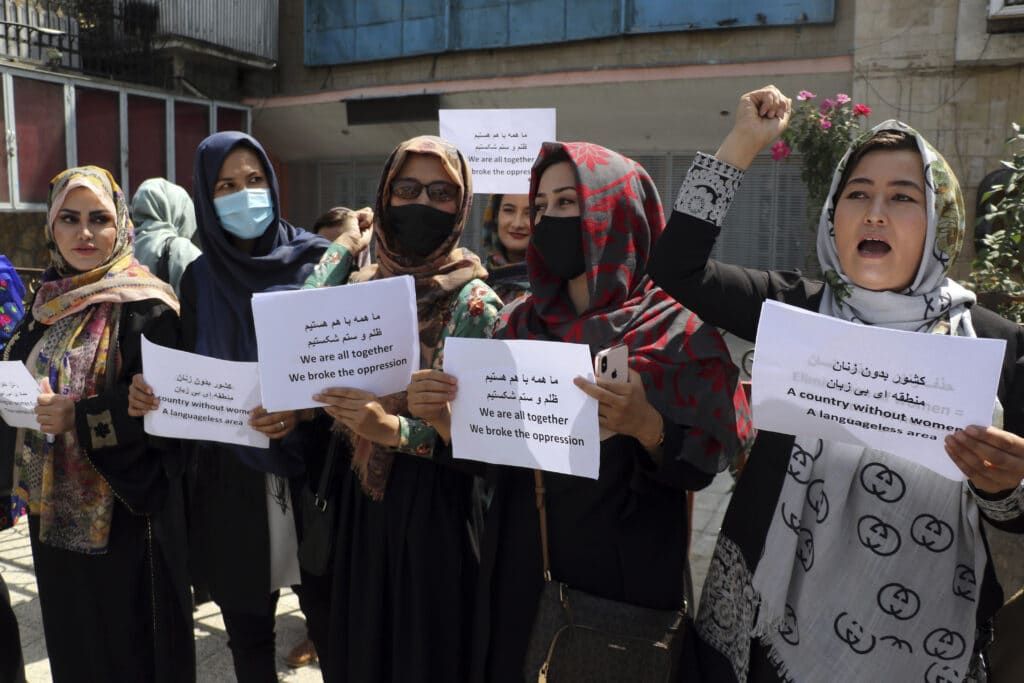 Alejandro Mayorkas, DHS secretary, says the U.S. will be taking in more than 50,000 refugees from Afghanistan and the number could rise. Over 40,000 have already arrived. The Associated Press has the story:

WASHINGTON — The U.S. Secretary of Homeland Security says the government expects to admit more than 50,000 people into the country from the Afghanistan airlift.

Alejandro Mayorkas suggested Friday that figure could climb in what he called an unprecedented evacuation. Mayorkas told reporters during a news conference that the U.S. has brought more than 40,000 people into the country from Afghanistan since the fall of Kabul last month.

About a quarter of those who have come so far are U.S. citizens or permanent residents. The rest, he said, include people who have received the special immigrant visas for Afghans who worked for the U.S. or NATO as interpreters or in some other capacity. Also included in this group are people who have applied but not yet received the visa and those considered “vulnerable” under Taliban rule.

The secretary, who came to the U.S. as a refugee from Cuba as a child with his family, spoke proudly of the evacuation effort and said the number of people admitted could exceed 50,000.

He said all those entering the U.S. are undergoing security screening and vetting in a number of transit points, where they are tested for COVID-19 and offered a vaccine.

WASHINGTON — The Pentagon says Defense Secretary Lloyd Austin will visit Persian Gulf allies to thank them for their cooperation in the evacuations from Afghanistan.

He said the Pentagon chief will reaffirm U.S. defense relationships in the region. He also will visit with U.S. service members.

Qatar’s permission for the United States to temporarily house Afghan evacuees at al-Udeid air base was a key to facilitating the Kabul airlift. It will be Austin’s first visit to the Gulf since President Joe Biden announced in April that he was ending U.S. military involvement in Afghanistan.

A Qatari official with knowledge of Friday’s visit said officials would discuss efforts at an inclusive government and the resumption of civilian commercial operations at the airport. The official addded that Qatar continues to work closely with nations whose embassies relocated to the Qatari capital of Doha from Kabul in past days. Those countries include the United States, the United Kingdom, the Netherlands, and Japan part of an effort to provide safe corridors and freedom of movement for those still in Afghanistan.

No further details were provided.

Mutlaq bin Majed Al Qahtani, the Qatari envoy who landed in Kabul, said his nation remains “an impartial mediator” and has engaged with all sides. Qatar has hosted Taliban political leaders for years, as well as unsuccessful attempts at peace talks between the militant group and the U.S.-backed government before its collapse.

Al Qahtani said in a statement to The Associated Press that Qatar’s “priority with the Taliban includes guaranteeing a peaceful transfer of power and ensuring an inclusive and effective government is formed to serve the Afghan people.”

PRISTINA, Kosovo — Kosovo’s government says that the number of Afghan evacuees who had worked with NATO, and their families arriving in the country has reached 467.

The first group of 111 Afghans arrived in the country on Sunday.

Interior Minister Xhelal Svecla on Friday met with international organizations to “discuss the current situation and needs on the temporary housing of the Afghan citizens in Kosovo.”

Svecla said that NATO has assisted in their accommodation so far and called for assistance from the organizations despite their support for “dignitary accommodation to make their stay easier” in the country.

Kosovo has said it may temporarily shelter up to 2,000 Afghans while they process documentation on their final destination to the United States.

Jeppe Kofod told Danish broadcaster DR on Friday that leaders there are concerned about “ensuring that the progress we have made through two decades of efforts in Afghanistan can be sustained.”

The most immediate priority, Kofod said, is ensuring that everyone on the country’s evacuation list can leave Afghanistan “in good order.”

KABUL, Afghanistan — A few dozen protesters have gathered outside the presidential palace in Kabul, urging the country’s new Taliban leadership to uphold women’s rights achieved under Western patronage and include women in the upcoming government.

At one gate on Friday, around a dozen women held up small printed pages urging for “A heroic Cabinet with the presence of women.” The protestors chanted slogans asserting human rights and saying they did not want to return to the past.

A document circulated by protesters demanded that Afghan women are granted full rights to education, social and political contributions in the country’s future, and general freedoms including that of free speech.

— Qatar says it’s not clear when Kabul airport will reopen

— Those left in Afghanistan complain of broken US promises

WARSAW, Poland – A government official says that Poland will temporarily host some 500 Afghan evacuees who had worked for NATO in Afghanistan.

Michal Dworczyk said Friday that the Afghans will remain in Poland for up to three months before moving on to other countries. Depending on their choice, up to 50 persons will be able to settle in Poland. However, Poland has not been a popular destination in Europe for migrants.

Dworczyk, a top aide to Prime Minister Mateusz Morawiecki, said on Radio RMF FM that the first group of some 250 persons would arrive Friday from the NATO air base in Ramstein, Germany.

Separately, Poland has evacuated some 1,300 people from Kabul, mostly Afghanis, who had worked with Poland’s military and diplomatic mission, and their families and said it is taking responsibility for them.

KABUL, Afghanistan — The Taliban say Western Union will resume its operations in Afghanistan, opening a rare conduit for foreign funds to flow into the cash-strapped country.

The group’s ’s cultural commission spokesman, Ahmadullah Muttaqi, announced the move Friday. The American financial services giant had halted operations in Afghanistan when the Taliban took power in the capital on Aug. 15.

The opening will be especially welcomed by Afghans with foreign relatives abroad. Hundreds of people have been lining up daily outside Afghan banks to withdraw cash. Withdrawals have been limited to $200 per week and cash machines aren’t working. The overcrowding means that not everyone manages to obtain money on a given day.

There are 15 Marines at the hospital in Bethesda, Maryland, just outside Washington, who were wounded in an Aug. 26 suicide bombing at the Kabul airport. The attack occurred as the U.S. government was arranging evacuations of Americans, Afghans and allies before the nearly two-decade war in Afghanistan officially ended Aug. 31.

Eleven Marines were also killed in the attack, as well as one Army solider and one Navy corpsman. Biden traveled to Dover Air Force Base in Delaware on Sunday to witness the return of their remains to U.S. soil in a solemn “dignified transfer.”

One of the wounded Marines was in critical condition. Three were in serious condition and 11 in stable condition.