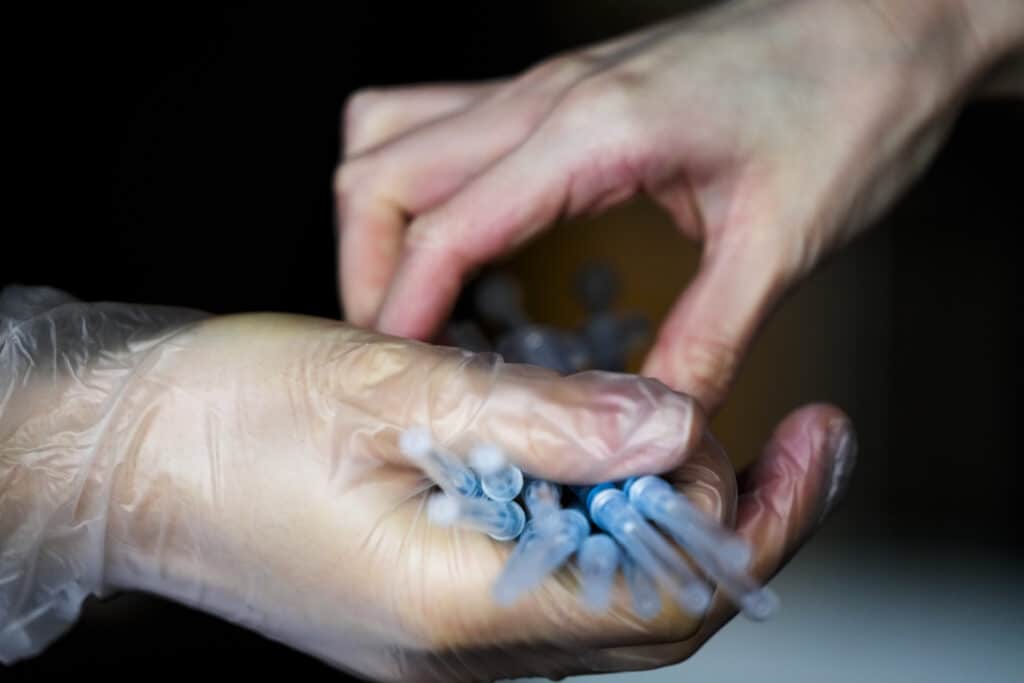 German police are investigating thousands of reports of suspected forgery of COVID-19 vaccination certificates, which shows the level those who do not believe in the effectiveness or safety of the available vaccines will go to, not to get jabbed. The number of probes by police surged in December, after authorities announced new restrictions that largely locked unvaccinated people out of public life. As reported by the AP:

It cited figures obtained from the country’s 16 states showing more than 12,000 police investigations have been opened nationwide.

Dpa reported that the number of probes surged in December, after authorities announced new restrictions that largely locked unvaccinated people out of public life.

Those who supply or use fake certificates could face severe penalties, from fines and suspended prison sentences to losing their jobs.

Prosecutors have opened a manslaughter investigation in one case after a woman used a fake vaccine certificate to continue working at a nursing home, despite having family members ill with COVID-19 at home.

Germany’s parliament is expected to begin debating a universal vaccine mandate in the coming months, though government officials acknowledge the measure is unlikely to take effect for several months.

Almost 73% of the German population have received a full course of vaccines against COVID-19, while nearly 48 % have had an additional booster shot.

Nehammer noted that the number of hospitalizations had remained stable, however, a sign that the omicron variant is more infectious but causes less serious illness.

Omicron is less likely to cause severe illness than the previous delta variant, according to early studies. Omicron spreads even more easily than other coronavirus strains and has already become dominant in many countries. It also more easily infects those who have been vaccinated or had previously been infected by prior versions of the virus.

Previous Article
NATO allies pledge unity on Russia, and to stay tough
Next Article
Nuggets to get Forbes from Spurs in 3-team trade