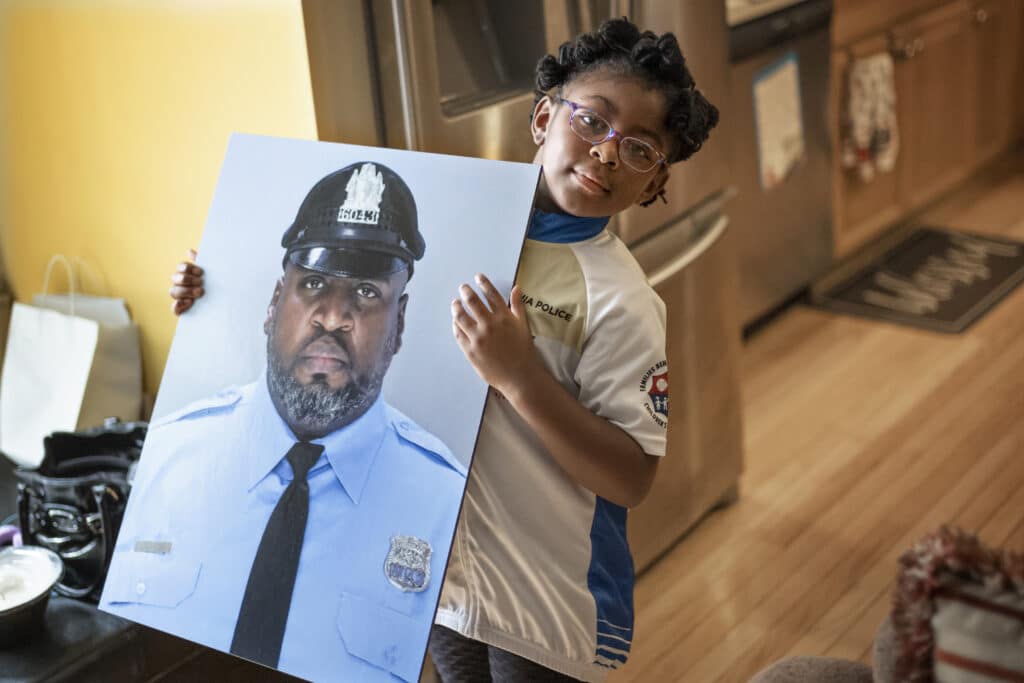 Requiring the COVID-19 vaccine is resulting in fewer responders, as police and firefighters are choosing to quit or retire early rather than get the jab. There are concerns that this will result in not enough help available to save lives. The Associated Press has the story:

Requiring the COVID-19 vaccine for police, firefighters may end up letting people die

Instead it was the date of his funeral.

Philadelphia officers first became eligible for their shots in late January and Tokley was eager to get it as soon as he could. But he fell ill in early February, before it was his turn to roll up his sleeve.

The resurgence of COVID-19 this summer and the national debate over vaccine requirements have created a fraught situation for the nation’s first responders, who are dying in larger numbers but pushing back against mandates.

It’s a heartbreaking situation for Tokley’s widow, Octavia, as the 21st anniversary of their first date approaches on Sept. 10. She said she has moved beyond her anger at other police officers who are refusing the vaccine, and is now disappointed. Her husband’s life couldn’t be saved, but theirs still can.

“I don’t want to have to be there to support your family for this,” she said. “Nobody deserves this, especially when it can be prevented.”

Her husband is one of 132 members of law enforcement agencies who are known to have died of COVID-19 in 2021, as of Monday, according to the Officer Down Memorial Page. In Florida alone last month, six people affiliated with law enforcement died over a 10-day period.

In the first half of 2021, 71 law enforcement officials in the U.S. died from the virus — a small decrease compared to the 76 who died in the same time period in 2020, per data compiled by the National Law Enforcement Officers Memorial Fund. Last year, the total figure was 241 — making the virus the the leading cause of law enforcement line-of-duty deaths.

Despite the deaths, police officers and other first responders are among those most hesitant to get the vaccine and their cases continue to grow. No national statistics show the vaccination rate for America’s entire population of first responders but individual police and fire departments across the country report figures far below the national rate of 74% of adults who have had at least one dose.

Frustrated city leaders are enacting mandates for their municipal employees — including police officers and firefighters — as the delta variant surges. The mandates’ consequences range from weekly testing to suspension to termination. It’s a stark contrast from the beginning of the vaccine rollout when first responders were prioritized for shots.

“It makes me sad that they don’t see it as another safety precaution,” Octavia Tokley said. “You wear masks, you wear bulletproof vests. You protect each other. That’s what you do, you protect and you serve.”

Nearly 3,000 miles (4,828 kilometers) away, San Francisco firefighter Christopher Salas offers his condolences to Tokley’s family. “I feel for her, I feel for her husband,” he said.

Salas, 58, has nearly 28 years on the job — 21 of them in the city’s tough Tenderloin district. He wears a mask and washes his hands and sanitizes himself. But he stops short at getting the shot — and plans to retire early instead of acquiescing to the city’s ultimatum of get vaccinated or get terminated.

“I’m not an anti-vaxxer,” he said. “I have all my other vaccines. I’m just not taking this one.”

He considered it, just to be able to finish out his career with three decades of service. But after praying about it with his wife, he remains concerned about the efficacy and side effects of the vaccine.

“I don’t think I’d be comfortable with myself if I did something that went against my belief,” he said of getting the vaccine. “It’s about liberty and having your own choice to be your own person.”

Public health professionals and elected officials, however, contend that it’s bigger than that.

Dr. Jennifer Bryan, a family physician and member of the Mississippi State Medical Association’s Board of Trustees, says she’s working to change minds a half-hour appointment at a time in a state with one of the lowest vaccination rates in the country. With first responders, she reminds them that they can become patients, too.

“It’s harder when you want to protect those who are on the front lines,” she said. “When you share air with someone, there’s a risk. If you share more air with sick people and your job is more public-facing, then you are at risk.”

“This vaccine really is about not just protecting yourself but protecting your coworkers, your community, people who go to your church, people in your kids’ school,” said Seattle Mayor Jenny Durkan, whose city requires all employees to be fully vaccinated by Oct. 18 or face termination.

Unions across the country are fighting back. Shon Buford, president of San Francisco Firefighters Local 798, is urging city leaders to delay their Oct. 13 vaccinate-or-terminate deadline.

Twenty workers who did not disclose whether they had received a shot by a previous deadline may receive 10-day unpaid suspensions. One firefighter has sued San Francisco, which was the first major U.S. city to adopt a vaccine mandate for its workers. The overwhelming majority of the city’s workforce of 36,000 is vaccinated, according to The San Francisco Chronicle.

Buford, who is vaccinated, says he needs more time to educate his hesitant members, and he’s disappointed that San Francisco took such a harsh stance from the beginning. Firefighters like Salas have threatened to retire, and others say they will risk termination.

“To me, they deserve more than an ultimatum,” Buford said.

In Los Angeles, over 3,000 employees in the police department have been infected by the virus and the numbers continue to climb. Ten LAPD workers have died, as well as three spouses.

LAPD Chief Michel Moore said 51% of the department has been vaccinated as of Aug. 31 and more than 100 personnel got their shots in the last week and a half.

In California’s state prisons, a federal judge could order all correctional employees and inmate firefighters to be vaccinated under a class-action lawsuit. In mid-July, 41% of correctional officers statewide had at least one dose of a vaccine, compared to 75% of inmates.

“Every minute, every day, every week we delay, it’s putting our clients at greater and greater risk,” said Rita Lomio, a staff attorney at the nonprofit Prison Law Office, which is representing the state’s incarcerated people in the lawsuit.

Octavia Tokley, the 41-year-old Philadelphia widow, got her first dose just three days after her husband died, collapsing in a stranger’s arms in grief as they waited in line. Her 5-year-old daughter, Amethyst, constantly asks why her father didn’t get one, too.

He tried, her mother says, but the shot wasn’t ready for him yet.

Every night, their child struggles to fall asleep.