Voting at the UN is a Sovereign Decision Dictated by Interest 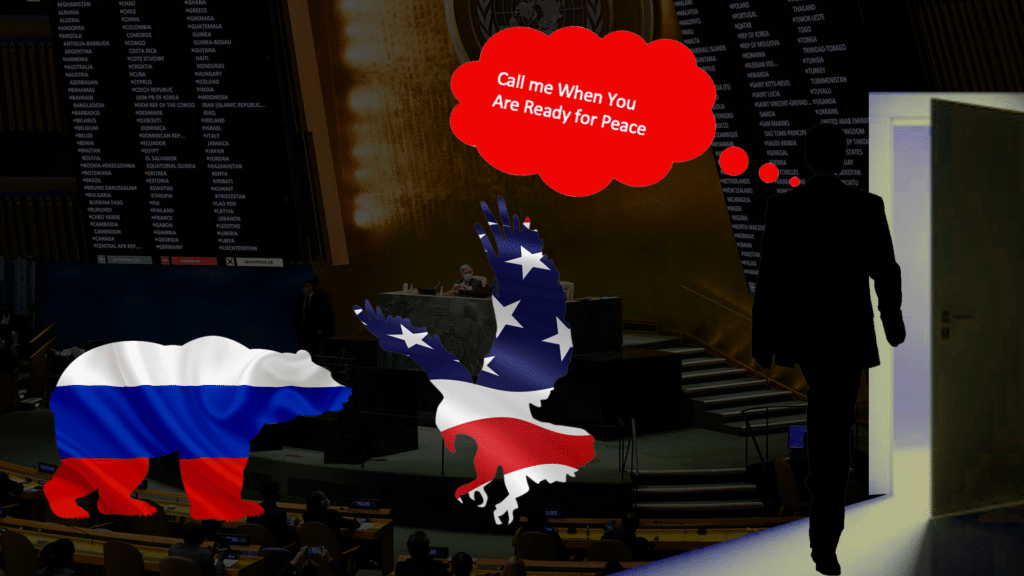 Voting at the UN is a Sovereign Decision Dictated by Interest

The Russian invasion of Ukraine has produced many debates, quarrels, and diametrically opposed positions regarding the nature of the votes cast within the international organization.

Questions began to trickle in with the use of the United Arab Emirates’ right to abstain from voting on the proposed U.S.-Albanian resolution to condemn the Russian invasion.

Some critics have forgotten or may have deliberately forgotten what the concept of sovereignty implies for any state, and some of them considered the Emirati’s abstention of being against the American and Western position — all the opposite of what it purports to be.

Regardless of the size of the UAE or its population, and the extent of its military and economic power, it remains entitled to express its voice freely and to serve its current and future interests within a strategy and independent from any external dictates.

The example of the UAE is not unique in this regard, as we noticed how many countries showed some understanding of the Chinese and Indian position. This is likely because these two countries represent a regional and international superpower. They are less understanding of smaller counties like the UAE which is unfair considering the principle of equality under the dome of the United Nations.

Similar to what happened in the Security Council meeting that took place last week, the emergency session of the United Nations General Assembly turned into an opportunity to show the amount of sympathy with the Ukrainian people in a dramatic manner, punctuated by warm applause, knowing that the General Assembly resolutions did not and will not benefit the Ukrainians to liberate their country nor will they stop the Russian invasion.

Three countries expressed their opposition to the resolution, the overwhelming majority supported it, and 34 countries abstained, while 12 countries, including the Kingdom of Morocco, took the decision not to participate in the vote.

How can the position of non-participation in the vote be explained?

Is it the same thing as abstinence? Certainly not, and it is not support or opposition either. The difference between not participating in the vote and abstaining is huge.

Abstaining from voting is in itself a participation in the voting procedures, and therefore impartiality automatically falls on those who chose to abstain.

For more clarification, those who voted Yes inevitably stood against Russia, and those who voted No opposed America and the West, while those who abstained did not necessarily mean that they were neutral.

It is possible that their abstention from voting could be interpreted as simply opposing the language of the resolution, or that its language did not live up to what they expected, positively or negatively.

What about the countries that did not participate in the vote? Let’s take Morocco as an example.

I will start with the statement issued by the Moroccan Ministry of Foreign Affairs:

“The Kingdom of Morocco is following with concern the evolution of the situation between the Russian Federation and Ukraine.

The Kingdom of Morocco reiterates its support for the territorial integrity and national unity of all member States of the United Nations.

The Kingdom of Morocco also recalls its commitment to the principle of non-use of force for the settlement of disputes between States and encourages all initiatives and actions promoting a peaceful settlement of conflicts. “

To answer our question regarding the Moroccan position, it seems clear that our north African ally is decisive in its condemnation of every form of escalation and its desire to stand away from the General Assembly’s resolution, which in no way constitutes a deterrent force on the ground, nor does it help achieving a diplomatic and peaceful solution.

In accordance with the principles of sovereignty Morocco is absolutely free as nation, to decide not to participate in any of the mechanisms of the United Nations, either because it is not convinced of their usefulness, they conflict with its national interests, or just because the kingdom wants to leave the door of diplomacy open, and, thanks to this nonparticipation, could become qualified to play a mediating role between all parties of the conflict.

Going back to the positions of the major powers led by the United States of America that voted in favor of the decision calling for Russia’s withdrawal from Ukraine, we must recall what the White House spokeswoman said in the first week of the invasion:

“The United States should moderate its rhetoric toward Russia,” which explains that the United States took seriously all insinuations from President Putin regarding his nuclear weapons.

As for France, despite its vote as well in favor of the Security Council resolution and the General Assembly resolution, its president and its diplomats are still the most active in the search for a diplomatic solution.

Absolutely nothing … nothing peaceful.

Nothing peaceful…!? So, it’s war. Here I prefer to say that refusing to participate in a decision that is useless is a wise position and leaves the way open for you to knock on Putin’s door and talk to him from the position of a neutral party, even though you did not support him.