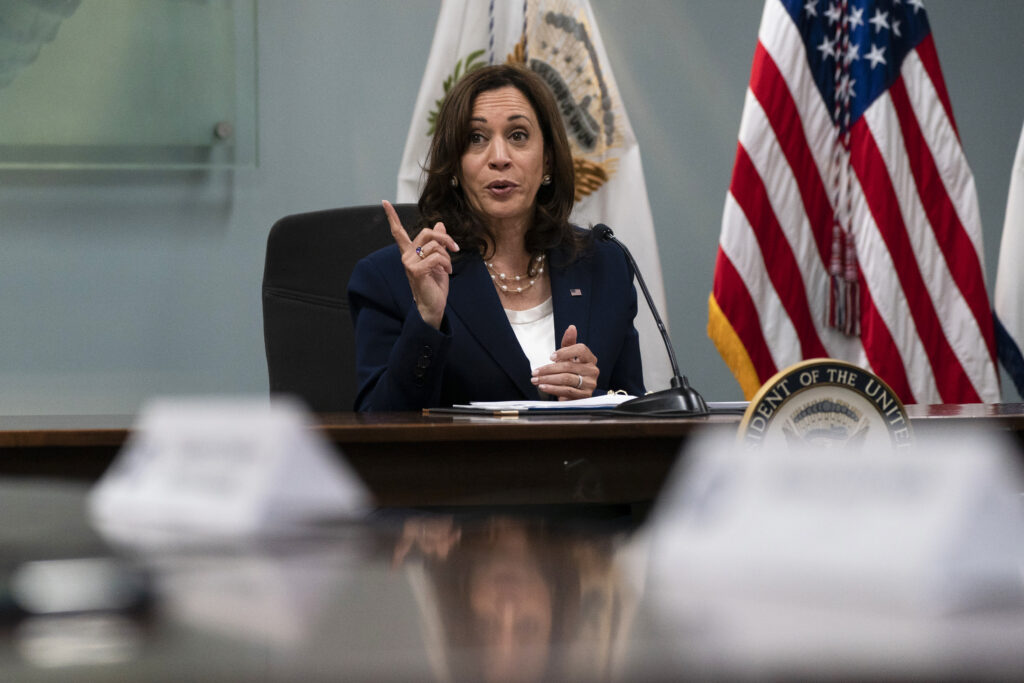 Since Joe Biden’s days crisscrossing Latin America as vice president, the region’s leaders have come to expect direct access to powerful interlocutors inside the White House, so now Vice President Kamala Harris is taking up that job. In recent days, Vice President Harris and President Biden have been working the phones to shore up Summit of the Americas attendance among leftist leaders who have been critical of the U.S. As reported by the AP:

Among those staying home are the presidents of Mexico, Guatemala, and Honduras — the only three leaders Harris has met in her two quick trips to the region

LOS ANGELES (AP) — Vice President Kamala Harris will have an opportunity to connect with leaders from Latin America and the Caribbean as she welcomes them to her home state this week for the Summit of the Americas. But whether she can demonstrate her clout at the hemisphere’s premier gathering — being held on U.S. soil for the first time since 1994 — remains an open question.

Since Joe Biden’s days crisscrossing Latin America as vice president, the region’s leaders have come to expect direct access to powerful interlocutors inside the White House. However, other than Harris taking on the thankless task of addressing the root causes of migration, for which progress has been slow, the region has seen little of her — a symptom, experts say, of larger U.S. neglect of the region.

In recent days, she and the president have been working the phones to shore up attendance among leftist leaders who have been critical of the U.S. decision to exclude the authoritarian governments of Cuba, Nicaragua, and Venezuela from the Los Angeles summit.

But the effort has yielded few results. Among those staying home are the presidents of Mexico, Guatemala, and Honduras — the only three leaders Harris has met in her two quick trips to the region.

Brian Winter, vice president of the Council of the Americas, said Harris got off on the wrong foot as Biden’s point person assigned to address the root social and economic causes driving migrants to the U.S. In a May 2021 policy speech delivered to Winter’s international business group from Washington, Harris, a former California prosecutor, mentioned corruption no fewer than 10 times, stirring resentment in a region where leaders are sensitive to taking lectures from U.S. policymakers.

“Corruption is a huge problem, but clearly there are more delicate ways to handle this,” said Winter. “A lot of doors closed even before she got on the ground.”

Harris’ biggest achievement in the region to date is having helped secure commitments from U.S. companies to invest $1.2 billion in Central America, where every year hundreds of thousands of mostly young adults flee gang violence and crushing poverty.

On Tuesday, she announced more than $1.9 billion in commitments, aimed at using the private sector to create jobs that foster economic growth and discourage young Central American adults from abandoning their homes.

New initiatives being announced include a $700 million expansion of cellular networks in Guatemala, Honduras and El Salvador by Miami-based Millicom; a $270 million commitment by Visa to promote digital payments; and a $150 million nearshoring investment by the Gap. Inc. that could see as many as 5,000 jobs created closer to the U.S.

But the Biden administration’s biggest policy proposal in the region — a $4 billion aid package for Central America — has stalled in Congress with little apparent effort to revive it. Meanwhile, the number of migrants at the U.S. border with Mexico has surged to its highest levels in decades, even as the Biden administration has little to show for the Democratic president’s promise as a candidate to introduce a “humane” asylum system that would break with Trump-era restrictions.

One challenge is finding partners in a region where institutions are weak, gang violence is prolific, and corruption is rampant.

None of the countries Harris is to work with will be represented at the summit by its president, according to the list of delegations the White House released Tuesday. All three nations are sending their foreign ministers instead. And in recent months, the U.S. has taken a strident tone against El Salvador’s President Nayib Bukele, whom it accuses of using his popularity to amass power and ride roughshod over democratic checks and balances.

Meanwhile, Guatemala President Alejandro Giammettei said last month that he would not attend after the U.S. criticized his decision to reappoint an attorney general it alleged was involved in corruption.

Perhaps the biggest disappointment was Honduras’ President Xiomara Castro, who has won praise from U.S. officials for her decision to extradite her predecessor, Juan Orlando Hernández, to the U.S. to face federal drug charges. Harris, who attended Castro’s inauguration in January, in recent days spoke with Honduras’ first female president in a last-ditch effort to persuade her to travel to Los Angeles.

But in the end Castro sided with fellow leftist Andrés Manuel López Obrador of Mexico in boycotting the summit. Surely weighing on her decision was the U.S.’ quick recognition of a new government after Honduras’ military removed her husband, President Manuel Zelaya, from office in 2009.

“It’s a far tougher set of actors that the U.S. has to deal with even compared to what the Obama administration faced,” said Rebecca Bill Chavez, president of the Inter-American Dialogue.

Chavez, who advised Harris on foreign policy during her brief presidential run, welcomed the vice president’s focus on gender-based violence and female migrants, something that was missing from past administrations. She’s also hopeful that Harris’ familial ties to Jamaica — her immigrant father’s birthplace — could help her connect to leaders in the Caribbean who are overlooked even in Latin America policy circles.

But Biden’s record is tough to top. As vice president he made 16 trips to Latin America and his presence in the region has loomed large since his days as chairman of the Senate Foreign Relations Committee, when he helped craft Plan Colombia, by far the U.S.’ biggest military and economic aid package in the region.

Chavez said that on issues of climate change, migration and inclusive economic growth, the Biden administration has the opportunity to lay out a vision with appeal to all countries no matter their ideological bent or bilateral agenda with the U.S.

“To succeed she and the Biden administration really needs to broaden their scope,” said Chavez. “Los Angeles is the perfect opportunity for them to show they are so. But it can’t be a one and done event. It requires follow through to become reality.”

Goodman reported from Miami, and Megerian reported from Washington. Press writers Christopher Sherman in Mexico City and Elliot Spagat in Los Angeles contributed to this report.

Previous Article
Russia sends in troops amid artilley strike in eastern Ukraine
Next Article
Jan. 6 incident hearings: How to watch and what to know