What is the World Bank controversy over country’s business rankings? 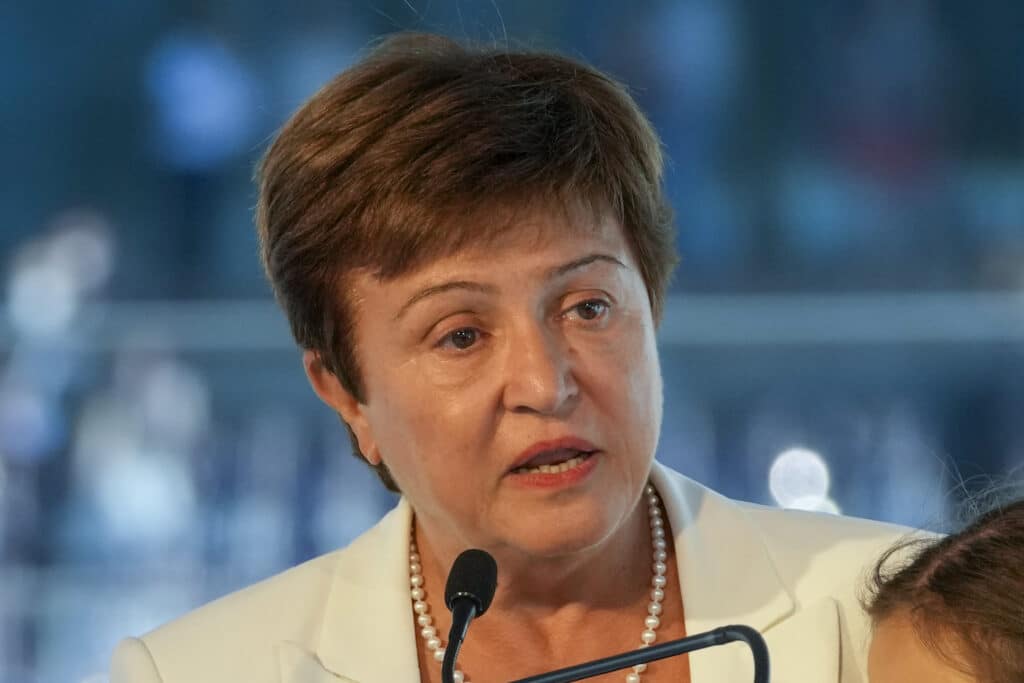 The World Bank is no longer going to publish a popular report that ranked countries by how friendly they are to businesses. Some say it dropped the report due to pressure from governments like China. The Associated Press has the story:

Is China influencing the World Bank?

WASHINGTON (AP) — Under fire for allegations that it bowed to pressure from China and other governments, the World Bank has dropped a popular report that ranked countries by how welcoming they are to businesses.

The report is important to many companies and investors around the world: They use the World Bank’s “Doing Business” report to help decide where to invest money, open manufacturing plants or sell products.

Eager to attract investment, countries around the world, especially developing economies, have sought to improve their rankings in the World Bank’s report.

Sometimes, nations would pursue substantive policy changes — by, for example, making it easier for businesses to pay taxes, obtain loans or enforce contracts. Sometimes, they would take a more aggressive tack: Like pushy high schoolers cajoling a teacher for a higher grade, they would lobby the World Bank to provide a higher score on the “Doing Business” report

Countries that have scored a high ranking have often touted their success. In 2017, for example, Prime Minister Narendra Modi took to Twitter to celebrate India’s big improvement in 2017. In Rwanda, the country’s development board employs a “Doing Business economist.’’

But the World Bank has long been accused of using sloppy methodology and of succumbing to political pressure in producing the rankings. This week, the bank dropped the report after investigators had reviewed internal complaints about “data irregularities’’ in the 2018 and 2020 editions of “Doing Business” and possible “ethical matters” involving World Bank staff members.

In an investigation conducted for the bank, the law firm WilmerHale concluded that staff members fudged the data to make China look better under pressure from Kristalina Georgieva, then the CEO of the World Bank and now head of the International Monetary Fund, and the office of Jim Yong Kim, then the World Bank’s president.

Here is a closer look at the controversy:

WHAT IS THE WORLD BANK?

Founded in 1944, the 189-country World Bank makes grants and loans, often to finance big public works projects, and offers economic advice, mostly to developing nations. The bank, based in Washington, has also pledged to reduce poverty around the world.

WHAT IS THE “DOING BUSINESS” REPORT?

In 2002, the bank introduced the report, whose annual rankings highlight which countries have adopted policies favorable to businesses and which haven’t — and how much they’re improving or regressing. The bank, which collects information from tens of thousands of accountants, lawyers and other professionals in 190 countries, assesses how easy it is to do such things as start a business, obtain a construction permit or connect to the electrical grid. Last year, New Zealand ranked No. 1 and Somalia No. 190. The United States was No. 6.

WHY WAS THE REPORT IMPORTANT?

Though meant to measure how governments treat domestic businesses, the rankings have often been interpreted by the media and by investors as a proxy for how much countries welcome foreign investment.

“Any quantitative model of country risk has built this into ratings,” says Timothy Ash, an emerging market strategist at the fixed income manager BlueBay Asset Management. “Money and investments are allocated on the back of this series.”

WHY DID “DOING BUSINESS” COME UNDER FIRE?

Questions surrounding the report date back to at least 2018, when Paul Romer, then the chief economist of the World Bank, who would go on to win a Nobel Prize in economics for his earlier work, resigned after complaining about how “Doing Business treated” Chile.

As a result of methodological tinkering, the South American country had plunged in the rankings while socialist Michelle Bachelet occupied the presidency, rebounded under conservative Sebastian Pinera, then slumped again when Bachelet returned to power. The ups and downs occurred despite little actual change in policy, according to a summary of events by the Center for Global Development think tank, which called then for the bank to “ditch’’ the report.

“It came from a very strong anti-regulatory anti- tax, get-the-state-out-of-the-way-so-the-private-sector-can-thrive approach,” Sandefur said. “That was the original sin. It is deep in the DNA’’ of the report.

WilmerHale delivered another blow to the World Bank and the “Doing Business” rankings. World Bank staffers who were compiling the 2018 report were preparing to knock China down to No. 85 in the rankings from No. 78 the year before. The downgrade would have come at a time when the World Bank was trying to raise capital — an effort in which Beijing, the bank’s No. 3 shareholder, was expected to play a “key role,’’ according to the law firm’s report.

According to the investigation, she also lambasted the bank’s China director for “mismanaging” the bank’s relations with Beijing and for failing to appreciate how important the “Doing Business” rankings were to the Chinese leadership. Under pressure from the top, the investigators found, the bank staff decided to give China more credit for a new law involving so-called secured transactions — typically, loans that involve collateral. The upshot was that China ended up back where it was the rankings — No. 78. (Other changes affected the rankings of Azerbaijan, the United Arab Emirates and Saudi Arabia.)

WilmerHale concluded that bank staffers knew that the changes to the report were “inappropriate” but feared retaliation — including dismissal — if they expressed concern. The law firm referred to a “toxic culture” at the bank.

In a statement, Georgieva rejected the report: “I disagree fundamentally with the findings and interpretations of the Investigation of Data Irregularities as it relates to my role in the World Bank’s Doing Business report of 2018.”

“In recent years, the increasing politicization of the report’s presentation and analysis of data had already undercut its credibility and diminished its value to international investors.’’

The incident also highlights China’s growing willingness to throw its weight around in international organizations such as the World Bank and the World Health Organization.

“China is clearly not shy about using its rising clout in international organizations to control the narrative about its economy and its government’s policy choices,” Prasad says. “For international institutions trying to remain relevant in a fast-changing world, keeping a major shareholder such as China happy can sometimes override more objective analytical considerations.’’