Why Finland, Sweden joining NATO will be big deal 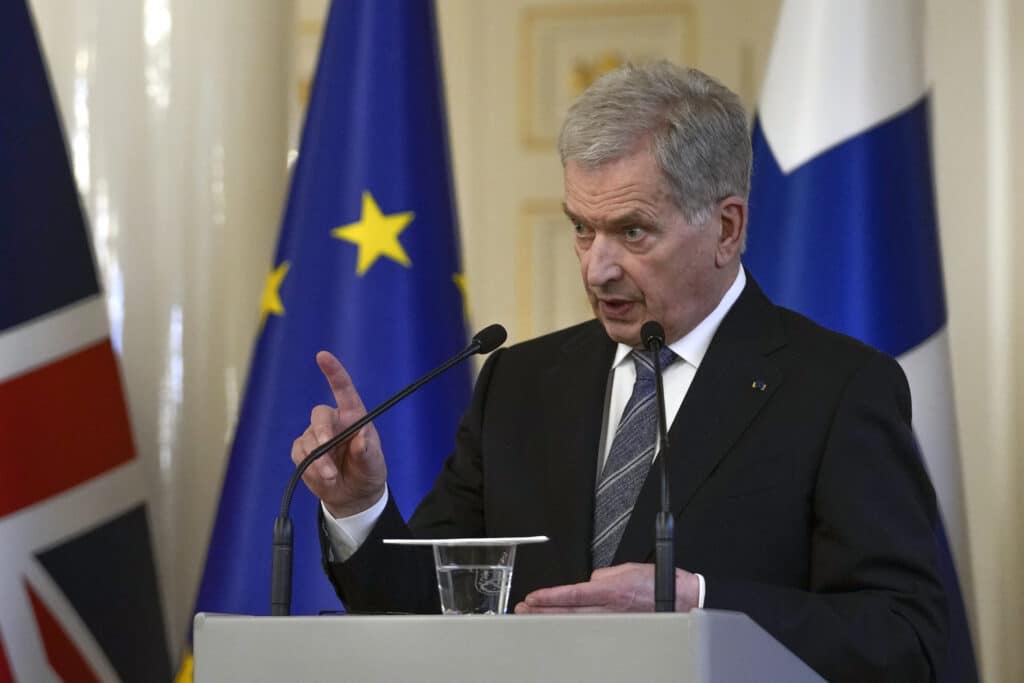 Finland shares a long border with Russia, and Sweden is Finland’s closet Nordic neighbor, and both have a long history of being neutral nations in world conflicts, but after Russian President Vladimir Putin invaded Ukraine, both nations started to wonder if they were truly safe. Then cam the direct threats from the Russian leader to the two nations, that if they joined NATO, there would be consequences, and not just financially. As reported by the AP:

Should Finland and Sweden apply for membership, the move would have far-reaching ramifications for Northern Europe and trans-Atlantic security

BRUSSELS (AP) — It’s likely to be the quickest NATO enlargement ever and one that would redraw Europe’s security map. Finnish leaders announced Thursday their belief that Finland should join the world’s biggest military organization because of Russia’s war in Ukraine. Sweden could soon follow suit.

Should they apply for membership, the move would have far-reaching ramifications for Northern Europe and trans-Atlantic security.

No doubt, it will also anger their large neighbor Russia, which blames, at least in part, its war in Ukraine on NATO’s continued expansion closer to its borders. It’s unclear how Russian President Vladimir Putin might retaliate. The Kremlin said Thursday that it certainly won’t improve European security.

The following is a brief look at what Finland and Sweden’s membership in the 30-country NATO alliance could mean, with the Nordic partners expected to announce their intention to join within days.

Not neutral like Switzerland, Finland and Sweden traditionally think of themselves as militarily “nonaligned.”

But Russia’s war in Ukraine and Putin’s apparent desire to establish a Moscow-centered “sphere of influence” has shaken their security notions to the core. Just days after he ordered the Feb. 24 invasion, public opinion shifted dramatically.

Support in Finland for NATO membership has hovered around 20-30% for years. It now stands at over 70%. The two are NATO’s closest partners but maintaining good ties with Russia has been an important part of their foreign policy, particularly for Finland.

Now they hope for security support from NATO states — primarily the United States — in case Moscow retaliates. Britain pledged on Wednesday to come to their aid.

NATO membership for the two, joining regional neighbors Denmark, Norway and Iceland, would formalize their joint security and defense work in ways that their Nordic Defense Cooperation pact hasn’t.

Accession would tighten the strategic Nordic grip on the Baltic Sea — Russia’s maritime point of access to the city of St. Petersburg and its Kaliningrad exclave.

Finland and Sweden also join them, along with Iceland, at the heart of the triangle formed with the North Atlantic and maritime areas in the Arctic, to where Russia projects its military might from the northern Kola Peninsula. Integrated NATO military planning will become a lot simpler, making the region easier to defend.

Finland and Sweden are NATO’s closest partners. They contribute to the alliance’s operations and air policing.

Most importantly, they already meet NATO’s membership criteria, on functioning democracies, good neighborly relations, clear borders and armed forces that are in lockstep with the allies. After the invasion, they formally boosted information exchanges with NATO and sit in on every meeting on war issues.

Both are modernizing their armed forces and investing in new equipment. Finland is purchasing dozens of high-end F-35 warplanes. Sweden has top quality fighter jets, the Gripen.

Finland says it’s already hit NATO’s defense spending guideline of 2% of gross domestic product. Sweden too is ramping up its military budget and expects to reach the target by 2028. The NATO average was estimated at 1.6% last year.

Putin has demanded that NATO stop expanding and in his May 9, speech blamed the West for the war.

But public opinion in Finland and Sweden suggests that he has driven them into NATO’s arms.

If Finland joins, it would double the length of the alliance’s border with Russia, adding a further 1,300 kilometers (830 miles) for Moscow to defend.

Putin has promised a “military, technical” response if they join. But many troops from Russia’s western district near Finland were sent to Ukraine, and those units suffered heavy casualties, Western military officers say.

So far, Moscow is doing nothing obvious to dissuade the two — apart perhaps from a couple of incidents where Russian planes entered their airspace. The Kremlin said Thursday that its response could depend on how close NATO infrastructure moves toward Russia’s borders.

Some at NATO worry that the Russians might deploy nuclear weapons or more hypersonic missiles to the Kaliningrad exclave, across the Baltic Sea wedged between allies Poland and Lithuania.

Karl Ritter in Stockholm, and Jari Tanner in Helsinki, contributed to this report.