Why is the filibuster related to the voting rights legislation? 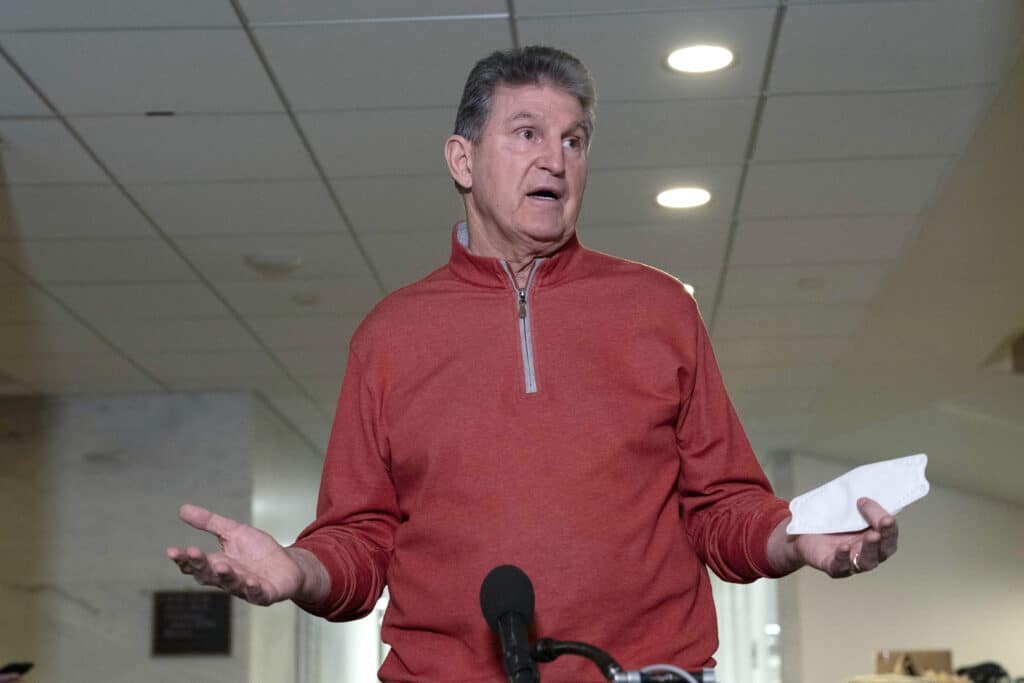 The Democrats’ voting legislation probably has enough votes to pass, 51, but the Republicans are filibustering it, and in order to stop the filibuster, Democrats need 60 votes. So Democrats could try to get 51 votes instead to change Senate rules regarding the filibuster, but so far they’ve had a hard time getting their members to agree to changing the rules.

WASHINGTON (AP) — For the fifth time in recent months, Senate Republicans are expected to block Democrats’ sweeping voting legislation this week using a longstanding delaying tactic that can stop a bill in its tracks.

Democrats lament — this time — that Senate rules give outsize power to the chamber’s minority. Yet they are hardly alone in their complaints about the tactic, known as the filibuster, which has been used since the 1800s to block legislation.

Here’s a look at the filibuster, what it does and how it works.

Unlike the House, the Senate places few constraints on lawmakers’ right to speak. But senators can use the chamber’s rules to hinder or block votes.

Collectively called filibusters, these procedural moves were emblazoned in the public’s mind in part by the 1939 film, “Mr. Smith Goes to Washington,” in which James Stewart portrayed a senator who spoke on the chamber’s floor until exhaustion.

In a real-life version of that, Sen. Strom Thurmond, D-S.C., stood continuously by his desk for 24 hours and 18 minutes speaking against the 1957 Civil Rights Act. That’s the longest Senate speech by a single senator for which there are such records.

Democrats say the GOP’s current embrace of the tactic to block progress on their voting rights bill echoes that era. But there are key differences.

Most important, unlike in the 1960s, senators can usually tell Senate leaders or announce publicly that they will filibuster a bill and no lengthy speeches will be required. The system now allows the Senate to conduct other business even as a filibuster is waged.

HOW DID IT COME ABOUT?

The term “filibuster” began appearing in the mid-19th century, derived from a Dutch term for “freebooter” and the Spanish “filibusteros,” which were used to describe pirates, Senate records show.

The filibuster isn’t in the Constitution and it wasn’t part of the Founding Fathers’ vision for the Senate.

It was created inadvertently after Vice President Aaron Burr complained in 1805 that the chamber’s rule book was redundant and overly complicated, according to historians. In a rules rewrite that followed, senators eliminated a provision that allowed for debate to be cut off. The filibuster was developed as a blocking tactic several decades later.

By the 1920s, it was part of an established playbook for stalling civil rights legislation.

HOW DO FILIBUSTERS END?

Complaints about the snail’s pace of the Senate are as old as the republic, with records from the first Congress in 1789 indicating senators were annoyed by long speeches holding up proceedings.

But after filibusters became a turned-to tactic for limitless debate, the Senate voted in 1917 to let senators end them with a two-thirds majority vote.

In 1975, the Senate lowered that margin to the current three-fifths majority, which in the 100-member chamber means 60 votes are needed to end filibusters against nearly all types of legislation. Only simple majorities are required to end the delays against nominations, thanks to recent years’ rule changes.

Filibusters have become routine against legislation in the past two decades, frustrating both parties. Before then, many of the most well-known filibusters dealt with voting rights.

—A 10-day filibuster in 1891 stopped a bill that would have appointed federal monitors to oversee all phases of elections, a measure vehemently opposed by senators from the South, where Blacks were denied the right to vote, congressional records show.

—Southern senators successfully filibustered an anti-lynching bill in 1922. They repeated that in 1938 with a 30-day filibuster.

—In 1942, a five-day filibuster by Southern senators killed a bill that would have eliminated poll taxes, which were used to disenfranchise Black voters. Similar legislation continued to spur filibuster challenges until poll taxes were eliminated in 1964.

—On Jun 10, 1964, after more than 14-hours of oration, Democratic West Virginia Sen. Robert Byrd brought a 60-day filibuster to a close. Minutes later, the Senate began to vote on the Civil Rights Act of 1964 to end segregation. It had become clear that backers had enough votes to cut off debate for the first time in Senate history for a filibuster of civil rights legislation.

WHAT DOES THIS HAVE TO DO WITH TODAY?

Characterizing debate on their current voting legislation as the civil rights fight of this era, Democrats say their bill is needed to counteract a Republican push for new state-level laws, which the Democrats say will make it more difficult to vote and in some cases make the administration of elections more susceptible to political influence.

The Democrats’ bill would create national election standards that would trump the state-level GOP laws, which are being enacted in the name of election security, such as restrictions on mail voting or strict photo ID requirements.

It also aims to reduce the influence of big money in politics and limit partisan considerations in the drawing of congressional districts. It would restore the ability of the Justice Department to police election laws in states with a history of discrimination.

IS THERE ANY WAY AROUND THE FILIBUSTER?

In the 50-50 Senate, Democrats don’t have enough votes to break a filibuster unless 10 Republicans join them.

But they could change Senate rules by invoking a so-called “nuclear option,” which would then allow them to make changes to the filibuster with a simple majority of 51 votes. Both parties have used it to change the filibuster rules around nominees.

Many Democrats have urged the party to take this path, though they lack unanimous support in their caucus to do so. Their two most conservative senators, Joe Manchin of West Virginia and Arizona’s Kyrsten Sinema, oppose such changes, arguing the country is better served when Congress can find bipartisan solutions.

WHY ELSE ARE MANCHIN AND SINEMA OPPOSED?

Manchin and Sinema also argue changes to the filibuster would come back to haunt Democrats if Republicans gain control of Congress and the White House.

Someday soon, they warn, it could enable the GOP to pass an agenda with limited input from the minority — and herald an era of drastic reversals in federal policy any time one party gains control of the White House and both chambers of Congress.

WHY ARE REPUBLICANS AGAINST THE VOTING BILL?

Senate Republicans unanimously oppose the Democratic legislation, viewing it as federal overreach that would infringe on states’ abilities to conduct their own elections.

They ridicule as “fake hysteria” the Democrats’ claim that the bill is needed to repair electoral vulnerabilities exposed by Donald Trump’s attempts to overthrow the 2020 election. They note that much of the current legislation was written years before.

Republicans also have been quick to point out that Democrats stridently opposed changes to the filibuster when they were in the minority, using it routinely to block legislation when Trump was president.

Previous Article
Cloth mask or N95 mask?
Next Article
$490 million settlement paid out by U. of Michigan over sexual assault