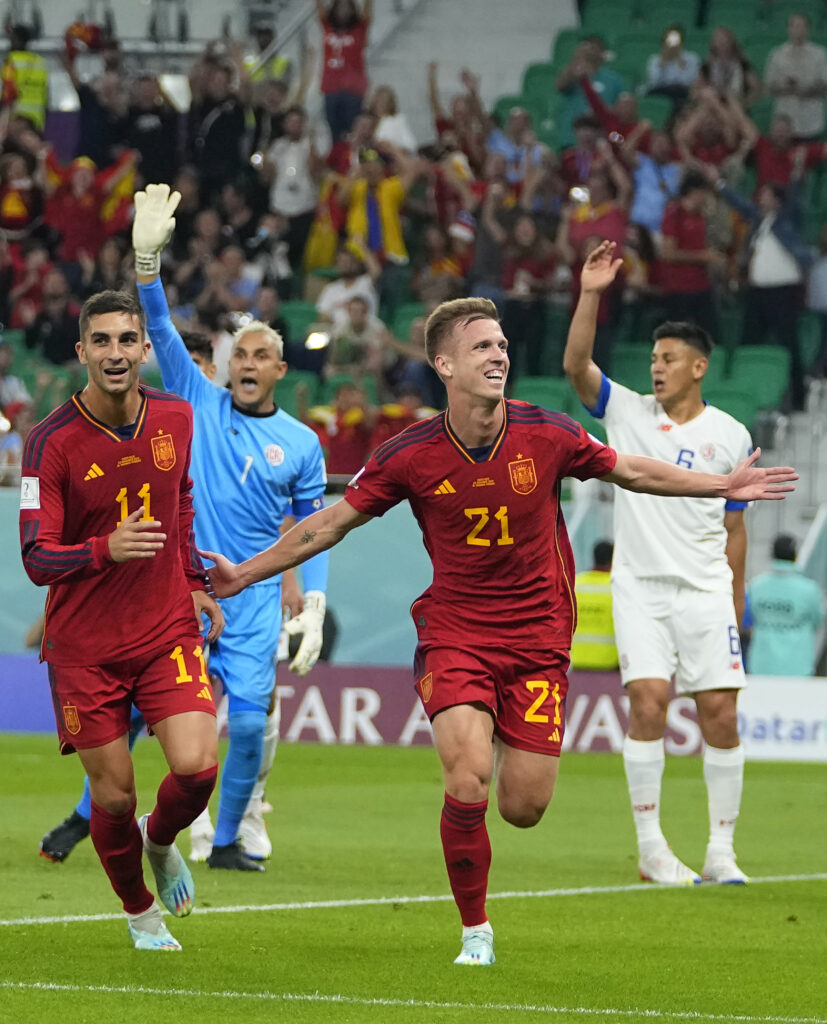 Spain’s 18-year-old Gavi becomes the youngest goalscorer at a World Cup since Pele in 1958 with a stunning strike during their 7-0 win against Costa Rica. The goals came from Dani Olmo (11 mins), Marco Asensio (21 mins), Ferran Torres (31 and 54 mins), Gavi (74 mins), Carlos Soler (90 mins) and Alvaro Morata (92 mins). the Associated Press has the story:

Spain’s young squad got off to a high-scoring start at the World Cup, routing Costa Rica 7-0 on Wednesday.

Spain demolished Costa Rica 7-0 on Wednesday in a World Cup win as comprehensive as you’ll see in games played between adults in the same stratosphere of men’s soccer.

Ferran Torres scored twice to join Dani Olmo, Marco Asensio, Carlos Soler, Gavi, and Alvaro Morata on the score sheet as Spain held a cartoonish 82 percent of the ball that at times was as high as 87.

Not long after Japan surprised Germany 2-1 in the other Group E match, Spain avoided any chance of an upset with Dani Olmo, Marco Asensio and Ferran Torres scoring a goal each in the first 31 minutes. Torres, Gavi, Carlos Soler and Álvaro Morata added to the lead in the second half.

Olmo’s goal was the 100th at World Cups for Spain, which became the sixth nation to score more than 100 times in the tournament.

It was the first time Spain has scored seven goals in a World Cup match.

It wasn’t until Morata’a stoppage-time goal that a Spain scorer wasn’t also a member of their (mostly) U-23 roster from the 2020 Olympics.

With 18-year-old Gavi and 19-year-old Pedri starting, Spain became the first European nation with two teenagers in the starting lineup of a World Cup match in 60 years, according to statistics platform Opta.

Gavi then became the youngest goal scorer at the World Cup since Pelé in the 1958 final, also according to Opta.