A closer look at the Russia-Ukraine border conflict 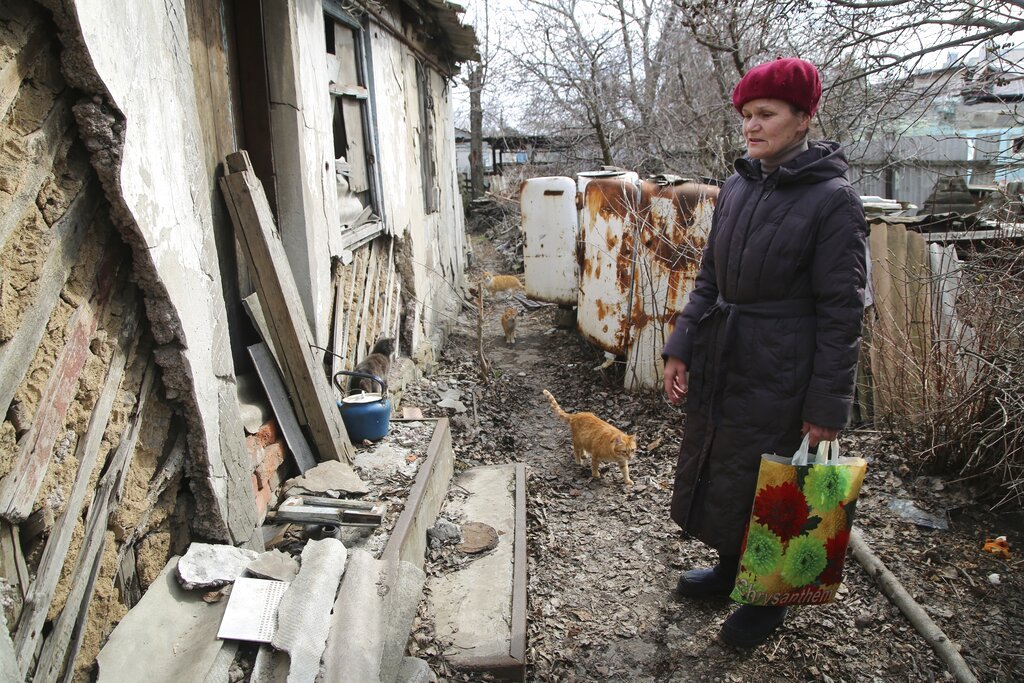 Tensions between the two countries are back at high levels since Russia placed 41,000 troops near the border with eastern Ukraine a few days ago, the largest buildup since 2014. What started this conflict in 2014 and why? The Associated Press has the story:

MOSCOW (AP) — Tensions are rising over the conflict in eastern Ukraine, with growing violations of a cease-fire and a massive Russian military buildup near its border with the region.

Ukraine and the West have become worried about the Russian troops’ concentration and have urged Moscow to pull them back. Russia has argued that it’s free to deploy its forces on its territory and sternly warned the government in Kyiv against using force to reclaim control of the rebel-held territory east where more than 14,000 people have died in seven years of fighting.

Here’s a look at some of the issues involving the conflict in eastern Ukraine:

WHAT ARE THE ROOTS OF THE CONFLICT?

Ukraine was part of the Soviet Union until its 1991 collapse, and since then Russia has sought to keep the neighbor in its orbit. The separatist conflict in Ukraine’s eastern industrial heartland, known as the Donbas, short for Donetsk Basin, erupted in April 2014. That came a few weeks after Russia annexed Ukraine’s Crimean Peninsula following the ouster of a Moscow-friendly president by a popular uprising in the capital of Kyiv.

Armed rebels in the mostly Russian-speaking eastern region seized government buildings and proclaimed “people’s republics” in the Donetsk and the Luhansk regions, and the Ukrainian military and volunteer battalions moved to put down the unrest.

Ukraine and the West said Russia sent troops and weapons to the east to support the separatists. Moscow has denied those claims and insisted that Russians fighting alongside the rebels went there on their own.

Amid the hostilities, a Malaysia Airlines passenger jet traveling from Amsterdam to Kuala Lumpur was shot down on July 17, 2014, over eastern Ukraine, killing all 298 people on board. Dutch prosecutors allege it was shot by a Russian Buk missile from an area controlled by the Russia-backed separatists. Russia denied any involvement.

The United States and the European Union imposed sanctions on Moscow for its annexation of Crimea, which wasn’t recognized by most of the world, and its support for the separatists. The restrictions have halted the transfer of Western technology and blocked Russia’s access to global capital markets. Russia retaliated by banning most Western food imports.

HAVE THERE BEEN EFFORTS AT A PEACE DEAL?

After a series of Ukraine’s military defeats, France and Germany helped broker a peace deal that was signed in February 2015 in the Belarusian capital of Minsk.

The agreement was a diplomatic coup for Russia, obliging Ukraine to grant broad autonomy to the rebel regions and declare an amnesty for the rebels. It stipulated that Ukraine would regain full control of its border with Russia in the rebel-held territories only after they elect local leaders and legislatures. Many in Ukraine saw the deal as a betrayal of national interests and opposed it.

The Minsk agreement helped end large-scale hostilities, but sporadic skirmishes have continued and efforts at a political settlement have stalled.

Ukrainian officials have repeatedly pushed for revising the Minsk deal, calls that Russia has rejected.

HOW IS THE PEACE DEAL FARING?

While the separatists have asked Russia to incorporate the rebel territories, Moscow has ignored the demand — apparently figuring that those eastern regions would eventually help draw Ukraine back into Russia’s orbit and thwart Kyiv’s aspirations to join NATO and the EU. Russia has granted its citizenship to more than 600,000 people in the rebel-controlled regions.

Political novice Volodymyr Zelenskyy was elected president of Ukraine by a landslide in April 2019 on promises to end the fighting and root out the country’s endemic corruption. He pushed successfully for a series of prisoner exchanges and sought to secure a lasting truce by pulling back troops and heavy weapons from the line of contact.

In December 2019, the leaders of Russia, Ukraine, France and Germany met in Paris and reaffirmed their commitment to the 2015 peace deal, but no progress has been reached on a political settlement.

WHY HAVE TENSIONS ESCALATED NOW?

The lack of a lasting resolution to the conflict has fomented new tensions. Ukrainian authorities say cease-fire violations have become more frequent in recent weeks, with nearly 30 troops killed this year.

They accused Russia of fueling tensions by deploying 41,000 troops near the border with eastern Ukraine and 42,000 to Crimea, where Russia maintains a large naval base.

The U.S. and NATO say the Russian troops’ concentration is the largest since 2014. Russian Defense Minister Sergei Shoigu said the buildup in the past three weeks was part of readiness drills in response to what he described as threats from NATO.

Russia also has cast it as a necessary security precaution amid what it described as Ukraine’s provocations along the line of control. Kremlin officials have strongly warned Kyiv against trying to use force to retake the east, saying Russia could be forced to intervene to protect civilians if they face a threat of massacre.

New U.S. President Joe Biden has said in a speech that the days of the U.S. “rolling over” to Russian President Vladimir Putin were over. In a phone call Tuesday with Putin, Biden urged him to “de-escalate tensions.” The White House said Biden “emphasized the United States’ unwavering commitment to Ukraine’s sovereignty and territorial integrity.”

The Biden administration on Thursday raised the pressure on Russia, announcing an array of new sanctions, including a ban for U.S. financial institutions to buy Russian government bonds directly from Russian state institutions. Washington also ordered the expulsion of 10 Russian diplomats and targeted six Russian companies and 32 individuals with sanctions for trying to interfere in last year’s U.S. presidential election, the massive SolarWinds hack and other activities.