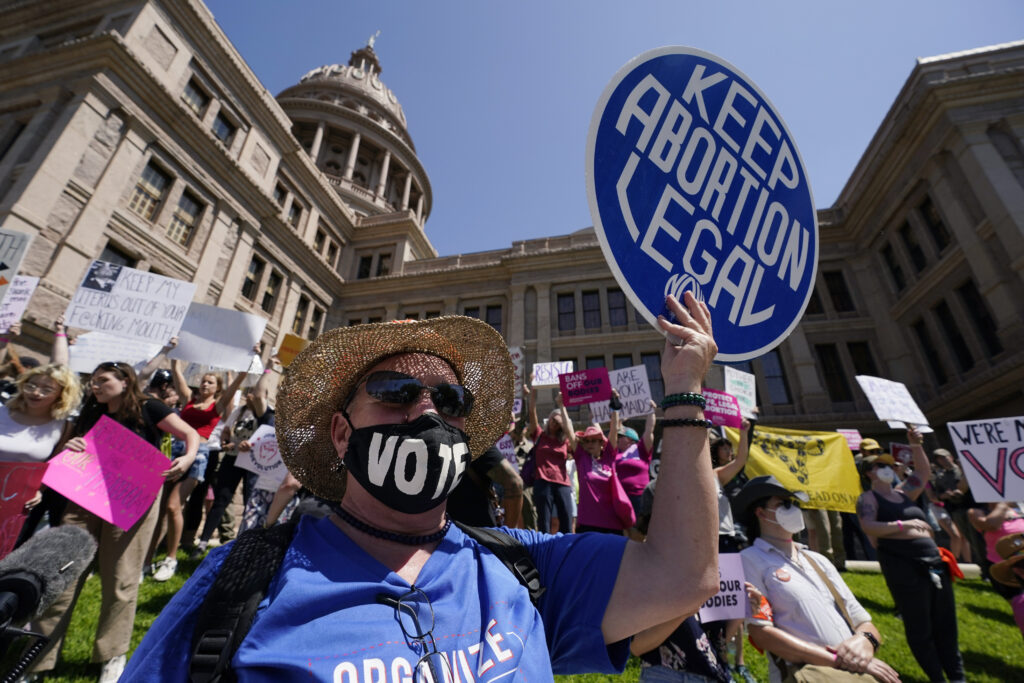 Due to a leaked early opinion from the Supreme Court reversing Roe v. Wade, organizations that fund abortions are experiencing a flush in cash. The Tampa Bay Abortion Fund went from $470 a month from donors to nearly $4,000 per month. The Associated Press has the story:

National Network of Abortion Funds raised more than $2.4 million by the end of May to benefit 90 abortion funds

(AP) Casie Pierce doesn’t usually work Fridays. But on the Friday after the draft Supreme Court decision overturning Roe v. Wade was leaked, Pierce, the development director for a Dallas-based abortion fund, which helps people pay for the procedure and associated logistics, had to be at her computer.

She was monitoring the “rage giving.”

“Am I optimistic watching funds rolling in? Of course I am,” she said. “But what’s unfortunate is it takes a tragedy to wake people up out of their slumber to start giving, because we’ve been here doing this all along.”

In response to the May 2 leaked draft that signaled the likely withdrawal of the legal right to an abortion in the U.S., donors clicked on donations buttons and mailed checks in a fury.

An annual fundraiser organized by the National Network of Abortion Funds raised more than $2.4 million by the end of May to benefit some 90 abortion funds, more than in any previous year. In 2019, NNAF said those abortion funds aided 56,000 people — only about one in four of those who contacted them for help.

Abortion funds, unlike clinics or advocacy organizations, focus on providing people with money to pay for abortions as well as help with logistics like travel, childcare and support. As a result, they have smaller budgets than broader reproductive rights organizations like Planned Parenthood.

Kelly Nelson, who founded an abortion fund in Tampa, Florida, felt two ways about the “rage donors,” as she called them.

“I love them,” she said. “We’ve really benefited. But, you know, I don’t think a lot of them we’ll ever see again.”

Given the magnitude of the need, she said, abortion funds need multiyear philanthropic grants.

“We really want to make this a long-term thing where people recognize that the fight with the courts is over now and we lost,” Nelson said. “We have to help the people on the ground today and tomorrow. We need to get them to their appointments.”

She added: “This is the time for philanthropy to get creative and reach out to abortion funds, who have traditionally been underfunded in the reproductive health world.”

One analysis of philanthropic donations done by the progressive group the National Committee for Responsive Philanthropy (NCRP) found that between 2015 and 2019, of the $1.7 billion that foundations gave to reproductive rights issues, less than 3% was designated specifically for abortion funds while 21% was directed to other abortion-related work, for example, by advocates or clinics.

Groups that oppose abortion also saw a big boost in funding since the Supreme Court signaled openness to new restrictions on abortion in December. The anti-abortion group Susan B. Anthony Pro-Life America plans to spend more on political campaigns this election cycle than ever before — $78 million. They did not respond to a request for comment about their donors’ response to the leaked draft opinion.

Since 2017, the Tampa Bay Abortion Fund has been run entirely by volunteers, including Nelson, and over that time has reduced its reliance on individual donors as a proportion of its budget. Still, Nelson said, the organization often has just a month’s worth of funds lined up at any time.

Before May 2, it had run out of money three times this year, forcing a shutdown of the the phone line that clients use to contact them.

“That’s how paycheck-to-paycheck we are,” Nelson said.

Even before some states acted in recent years to restrict the right to abortion, many people couldn’t afford one.

The unpredictability of rage giving, or fad funding, can hurt movements. “It’s very harmful,” Collins-Calhoun said. “And it’s something that we urge funders not to lean into too much.”

Collins-Calhoun argues that despite legal restrictions, philanthropic giving can still make a transformational difference if foundations and large donors were to increase their donations to abortion access organizations and sustain that giving over time.

“That’s what a lack of investment means: It means that you have to keep revisiting the same thing every 50 years,” said Paris Hatcher, executive director of Black Feminist Future, referring to the multigenerational struggle to secure access to abortion in the U.S.

She is making the case to other organizers whose focus isn’t specifically reproductive justice that their work for racial or economic equality is intertwined with abortion access.

Another analysis by The Bridgespan Group, a philanthropic consultancy, and Shake the Table, a feminist philanthropic advisory group, found that less than 1% of total foundation giving in 2017 went to women’s rights organizations around the world. It further concluded that feminist funds have the capacity to distribute 10 times the amount of philanthropic donations than they do now.

In the weeks since the leaked decision, Nelson’s Tampa fund has received renewed donations from several foundations as well as a first-time grant for $50,000, the largest they’ve ever received.

Federal funds, through programs like Medicaid, cannot be used to pay for abortions, except when a pregnancy is the result of rape or incest or endangers the life of the patient.

Pierce, of the Texas Equal Access Fund in Dallas, said she hopes that might change in the long run. Until then, she urged donors to be bold.

“I really would like to tell donors to not be shy and to not be afraid of the stigma around the word ‘abortion,’” she said.

Still, Pierce suggests to those who don’t want to be identified on the fund’s tax return to contribute through a donor advised fund, a kind of charitable investment account that does not require attaching names to donations.

Pierce is seeking to raise $2.5 million to help fund travel and other support for half of their callers and hire a new staffer to organize those logistics. The fund’s current annual budget is $800,000.

Both the Dallas and Tampa abortion funds promote monthly giving programs to individual donors as a preferred way to receive donations. And some have responded.

Before the May 2 Supreme Court leak, monthly donors gave the Tampa fund a total of $470 a month, “which isn’t a lot. That’s one procedure. But we knew that we could cover that one procedure,” Nelson said.

Associated Press coverage of philanthropy and nonprofits receives support through the AP’s collaboration with The Conversation US, with funding from Lilly Endowment Inc. The AP is solely responsible for this content. For all of AP’s philanthropy coverage, visit https://apnews.com/hub/philanthropy.