Caitlin Miller Hollingsworth
2 posts
Caitlin Miller Hollingsworth is an attorney and defense consultant based in Washington, D.C. She focuses on issues pertaining to the Middle East, defense, national security, and international law. Caitlin previously worked for the International Institute for Strategic Studies in Bahrain and as a staff member in the United States Congress. 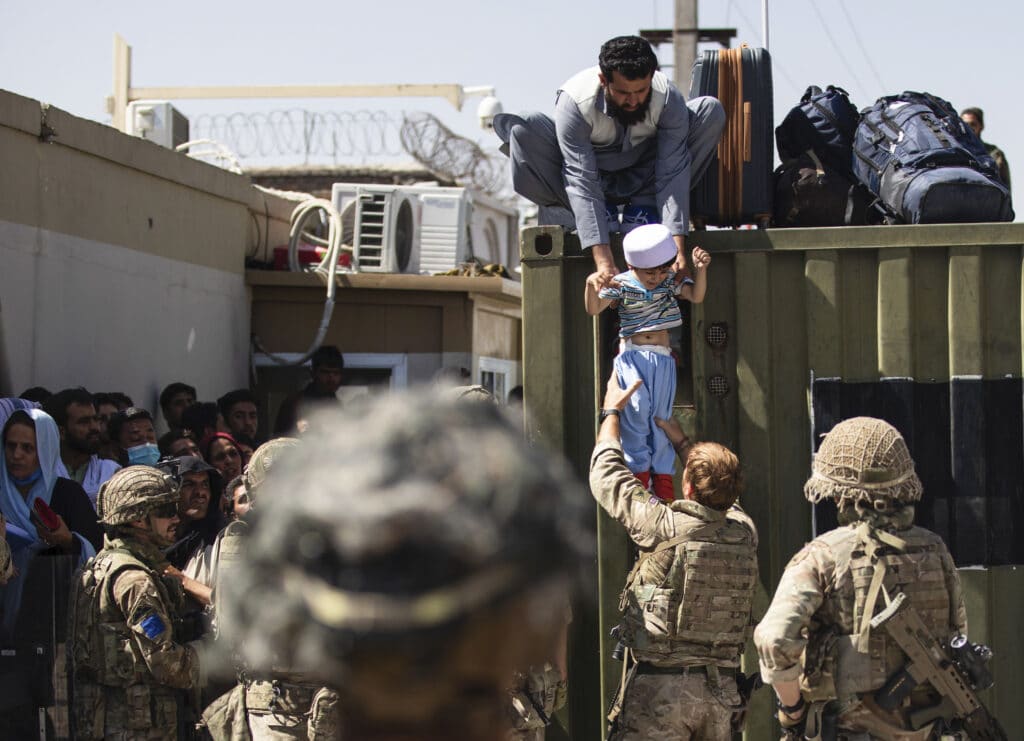 While the recent rhetoric surrounding the United States mission in Afghanistan has been that of ending a “forever war,” since 2014 the U.S. has not been involved in major combat operations, but rather has been conducting and coordinating counter terrorism activities and ­­supporting Afghan security force missions. In October of 2001, the U.S. entered Afghanistan under Operation Enduring Freedom with a mission to expel all terrorists responsible for the 9/11 attacks and to close all terrorist training camps to prevent Afghanistan from ever again being a terrorist safe haven – for any group. U.S. action was spurred after Al Qaeda (AQ) used Afghan soil to plot the 9/11 attacks. With the withdrawal of U.S. and allied forces, Afghanistan is now ground zero for terrorist training, recruitment, and logistical support, leaving the U.S. and allied nations at the most significant risk from terrorist attacks since the U.S. military mission in Afghanistan began two decades ago.

It is naïve to assume that rival terrorist organizations, such as AQ and the Islamic State (ISIS), will not coordinate and collaborate when it benefits their respective organizations. In the Sahel, AQ’s regional affiliate Jamaat Nusrat al-Islam wal-Muslimin (JNIM) and regional ISIS affiliate Islamic State in the Greater Sahara (ISGS) benefited from cooperation with one another to take large swaths of territory in Mali, Niger, and Burkina Faso from at least 2017 to 2019. While ISIS and AQ may be at odds in some conflicts, like in Syria and Yemen, they are willing to collaborate when the opportunity arises and if it advances their common cause, even in Afghanistan. In recent years, several attacks in Afghanistan, including the Kabul gurdwara strike killing twenty-eight, involved coordination – including purportedly operating a joint operations center – between the Taliban’s AQ-linked Haqqani Network (HQN) and the Islamic State Khorasan Province (ISKP).

ISKP is the regional ISIS affiliate formed in 2015 and is often considered the most brutal terrorist group in Afghanistan, with approximately 1,500 to 2,200 recruits, including defectors from the Taliban and other Afghan and Pakistani militant organizations. In May of 2020, ISKP attacked a maternity ward, killing twenty-four, including newborn babies and their mothers, and a year later, the militant group attacked a school in Kabul, killing ninety and injuring more than 150 students – mostly girls. Adding to the instability and despite President Biden’s claims that AQ is decimated in Afghanistan, AQ has maintained a presence in the country. In the southeastern Ghazni province of Afghanistan, Abu Muhsin al-Masri, AQ’s second in command, was killed by Afghan security forces in October of 2020. AQ in Afghanistan, including AQ in the Indian Subcontinent, currently span from several dozen to 500 members, mainly from the Middle East and North Africa. In a show of support this week, AQ praised the Taliban for its “historic victory” in Afghanistan via As Sahab, AQ’s central media channel.

HQN, which primarily operates in eastern Afghanistan and northwestern Pakistan, is a designated Foreign Terrorist Organization allied with the Taliban. The relationship between the two organizations was reinforced when the Taliban appointed the leader and son of the founder of HQN, Sirajuddin Haqqani, as a Taliban deputy leader. For all essential purposes, HQN is an arm of the Taliban. Indeed, the new head of security in Kabul under Taliban rule is Khalil Ur-Rahman Haqqani. Through HQN, which is linked to ISKP, ISKP is at least tangentially linked to the Taliban. Despite this interconnection, the Pentagon said this week it is possible that U.S. forces could work with the Taliban to counter ISKP in Afghanistan. Even though ISKP and the Taliban are strategic rivals, the Taliban released thousands of AQ and ISKP prisoners from Pul-e-Charkhi jail on August 15, 2021. Some have speculated that the release of these prisoners was due to the chaos of the last few weeks, but there is another explanation: ISKP, AQ, and the Taliban are linked and rooted in the advancement of an extremist ideology and the expulsion of U.S. and NATO forces.

Further complicating the security environment, an estimated 8,000 – 10,000 foreign terrorist fighters call Afghanistan home as of June 2021. Most of these militants are non-Afghans hailing from Central Asia, Pakistan, the North Caucasus region of Russian, the Xinjiang Uygur Autonomous Region of China, and elsewhere and are associated with the Taliban, AQ, and ISIS-affiliated groups. An immense opportunity for growth is created by the diverse origins of the foreign terrorist fighters joining together in Afghanistan. The ambitions and potential reach of terrorist organizations from Afghanistan to the Middle East to North Africa to Europe and the U.S. should not be underestimated. In Afghanistan, the permissive environment for terrorist groups – even strategic rivals of the Taliban – to proliferate, train, recruit, and export terrorism destabilizing the region even further is profound.

The lessons of history seemingly continue to be a source of amnesia for the policymakers in Washington. In 2011, when U.S. forces withdrew from Iraq, ISIS had approximately 700 militants, which increased to as many 30,000 fighters in Iraq and Syria by 2018. The rapid spread of terrorism in ungoverned territory due to a precipitous withdrawal of U.S. forces is a well-documented pattern of history that Washington keeps forgetting, leaving the U.S. mission of countering terrorism in Afghanistan a mission – not – completed.