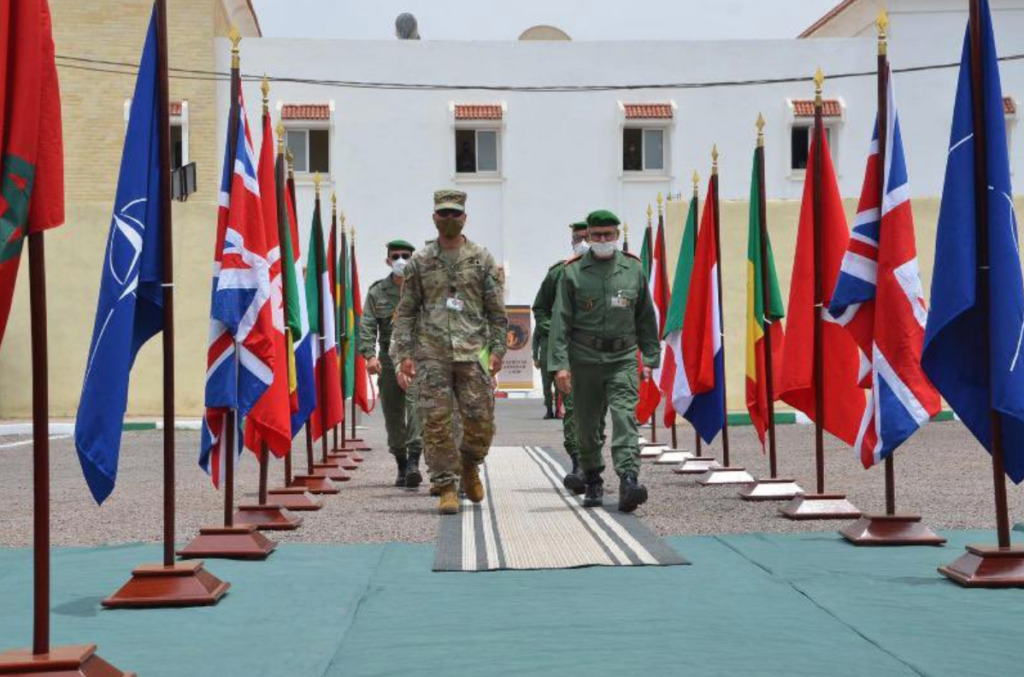 African Lion 2022 is underway and will execute in four countries: Morocco, Ghana, Senegal and Tunisia. Militaries from Brazil, Chad, France, Italy, the Netherlands and the United Kingdom will join U.S. and host nation troops. US Participants come from all service components to include the reserves and National Guard.  Spain has declined to participate this year because of recent tension between its government and the Government of Algeria over recognition of Morocco’s Autonomy plan for the Western Sahara. The EU and NATO have publicly condemned Algeria’s severance of a 20-year-old Friendship Treaty between Spain and Algeria because of these tensions and threats to Spain’s LNG supply from Algeria. Some of the exercise will be in the Sahara region.

African Lion 22 features a Joint Task Force Command Post exercise, a Combined Arms Live Fire Exercise, a Maritime Exercise, an air operations exercise, including bomber aircraft, a Joint Forcible Entry with Paratroopers into a Field Training Exercise as well as Chemical, Biological Radiological, Nuclear Response (CBRNE) and a humanitarian, civic assistance program. The exercise bolsters interoperability among partner nations and supports US Military strategic readiness to respond to crises and contingencies in Africa and around the world.

The 173d Airborne Brigade, US Army, out of Vincenza Italy, as the Southern European Task Force (SETAF), will establish the exercise’s Combined Joint Task Force headquarters, integrating AFRICOM’S components and international partners to solve a complex trans-regional crisis in the exercise scenario.

This effort involves strengthening our shared defense capabilities to counter transnational threats and Violent Extremist Organizations, which is in the common good of the US and Africa PARTNER Nations.

In October 2021, planners came together in Agadir Morocco to start coordinating for African Lion 22.

Pursuant to the instructions of Morocco’s King, Mohammed VI, Supreme Commander and Chief of General Staff of the Royal Armed Forces (FAR), the FAR and the US Armed Forces are co-organizing the 18th edition of the “African Lion 2022” exercise from June 20 to 30, 2022.

The actual start of the operations of the Multinational Joint Task Force was marked by an opening ceremony last Monday, June 20, 2022, at the Headquarters of the South Zone in Agadir, in the presence of representatives of participating countries, says a statement from the FAR General Staff.

In his opening address, Lieutenant General Belkhir El Farouk, Inspector General of the FAR and Commander of the South Zone, welcomed the participating delegations and recalled the objectives of this annual meeting. He highlighted the importance of the strategic partnership between Morocco and the United States and between Morocco and partner countries, all sharing the same ideals of peace and security.

“The security challenges require us to learn from different situations, to align approaches on the usefulness of joint exercises, to perfect the integration of executives within the Multinational Staffs and to overcome cultural, linguistic and procedural barriers for a more synergistic cooperation,” General El Farouk said.

Last Year after the closing ceremony, General Townsend, the current Commander of US AFRICOM praised the cooperation of African Lion partners but was concerned with Violent Extremist Organizations “on the March” in Africa.  African Lion 22 will be his last exercise, as LtGen. Michael Langley, USMC has been nominated as his replacement. Langley is the current commander of US Marine Forces Command in Norfolk, VA but has worldwide experience to include as the former Commander of Marine Forces Europe and Marine Forces Africa.  LtGen. Langley if confirmed by the House and Senate, will be the first African American Four Star in the United States Marine Corps.

Previous Article
US considering whether to offer updated booster shots this fall
Next Article
Tindouf Camps: America and Crimes Against Children.