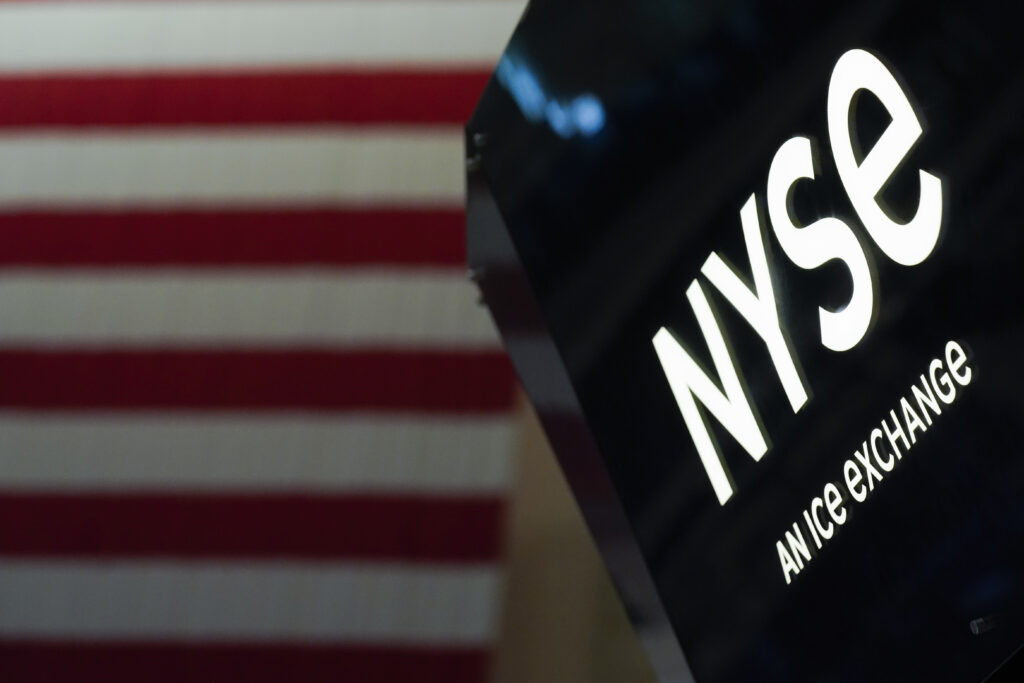 Monday was so-so for Wall Street, as some of the gains won in last week’s historic winning week were lost. The major indexes all dropped slightly. The Associated Press has the story:

(AP) Wall Street capped a wobbly day of trading with a mixed finish Monday, giving back some of the market’s gains following a rare winning week.

The S&P 500 slipped 0.3% after shifting between small gains and losses throughout the day. The Dow Jones Industrial Average slipped 0.2% and the Nasdaq fell 0.7%. Shares in small companies rose, while more stocks rose than fell on the New York Stock Exchange.

Declines in technology and communication stocks, and in several big retailers and travel-related companies, weighed on the market. Those losses checked gains in energy stocks and elsewhere.

The market’s uneven finish comes after stocks closed out last week with solid gains and the S&P 500 posted its best day in two years Friday. Stocks rallied last week as pressure from rising Treasury yields let up somewhat and investors speculated the Federal Reserve may not have to be as aggressive about raising interest rates as earlier thought as it fights to control inflation.

Treasury yields rose again Monday. The rebound in stocks last week was largely seen as a reaction to a wave of selling that some market strategists say was perhaps overdone, leaving the market ripe for a rebound.

“There’s quite a bit of noise going on as we get to quarter’s end,” said Tom Hainlin, national investment strategist at U.S. Bank Wealth Management.

“So, it really wasn’t surprising for us to see a bounce last week.” On the other hand, Hainlin said, “we would view that as not necessarily an indication that fundamentally things have gotten better.”

Technology and communication stocks were among the biggest drag on the market. Microsoft fell 1%, while Electronic Arts slid 3.5%.

Those losses checked gains elsewhere in the market, including energy stocks, which rose as the price of U.S. crude oil climbed 1.8%. Exxon Mobil rose 2.5%.

Robinhood Markets jumped 14% following a published report suggesting that cryptocurrency exchange FTX is considering buying the popular trading app company. In May, FTX CEO Samuel Bankman-Fried bought a 7.6% stake in Robinhood, according to a filing with U.S. regulators.

Robinhood shot to fame for its easy-to-use trading app, which brought a new generation of investors to the stock market, perhaps most famously with the meme-stock frenzy that sent GameStop soaring early last year. Crypto has become a major part of its business.

Treasury yields rose. The yield on the 10-year Treasury note, which helps set mortgage rates, rose to 3.20% from 3.12% late Friday.

The market rally last week was welcome relief in the midst of a deep slump for Wall Street as investors worry about the path of inflation and whether rising interest rates will temper the impact to businesses and consumers or push the economy into a recession.

The Federal Reserve and other central banks have been aggressively raising interest rates in a sharp turnaround from maintaining ultra-low rates during the virus pandemic that helped support the economy. It’s a delicate balance for the Fed, which hopes to cool off the economy, but not so much that it actually contracts. Higher interest rates, though, also hurt prices for investors and have prompted much of the year’s sell-off.

Investors have favorably viewed recent reports showing weak consumer sentiment and economic growth because that raises the possibility that the Fed will ease off its plan for aggressive rate hikes as economic growth slows.

Wall Street will have a few more reports this week that could provide more insight into inflation, economic growth and the Fed’s path ahead.

On Tuesday, business group The Conference Board will release its consumer confidence report for June. Spending and confidence held up well through most of the post-pandemic recovery, even as inflation rose. But record high gas prices and an overall tighter squeeze from inflation have been eating away at wallets and prompting many to shift or cut back spending.

Part of push behind inflation’s tighter squeeze was Russia’s invasion of Ukraine in February. That sent energy prices soaring. U.S. crude oil prices are up more than 40% for the year. Prices for wheat and corn have also surged.

Conferring by video link with Ukrainian President Volodymyr Zelenskyy, Group of Seven leaders were finalizing a deal to seek a price cap on Russian oil, raise tariffs on Russian goods and impose other new sanctions.

Russia may have also defaulted on its foreign debt for the first time since the 1917 Bolshevik Revolution, further alienating the country from the global financial system.

Investors will get another update on U.S. economic growth on Wednesday when the Commerce Department releases a report on first-quarter gross domestic product.

Previous Article
New in streaming: ‘The Princess’ comes to Hulu
Next Article
Passengers killed after Amtrak train in Missouri collides with dump truck