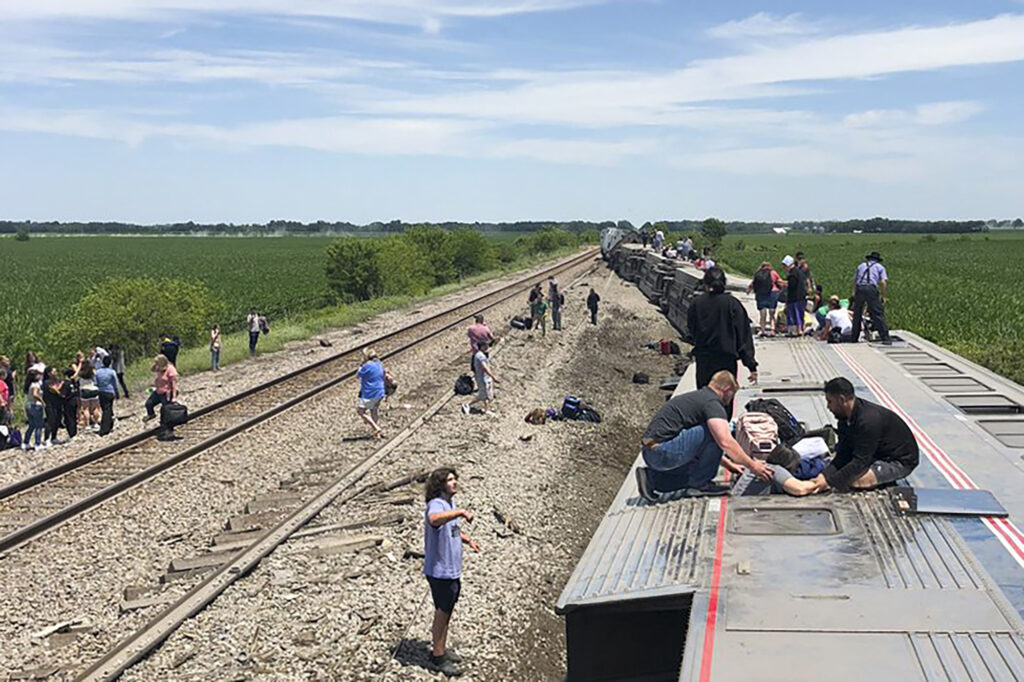 An Amtrak train has derailed in rural Missouri after colliding with a dump truck that was blocking a public crossing. Several people aboard were killed and others injured, including some in critical condition. The Associated Press has the story:

MENDON, Mo. (AP) — A passenger train traveling from Los Angeles to Chicago derailed in a remote, rural area of Missouri on Monday after hitting a dump truck that was blocking a public crossing, Amtrak said, and some people aboard were injured.

It was not immediately clear how many people were hurt. At least eight medical helicopters were responding from around the state, Matt Daugherty, Lifeflight Eagle director of business development, told The Kansas City Star. Daugherty said he knew there were a number of injuries and some people were in critical condition.

The Southwest Chief was carrying about 243 passengers and 12 crew members when the collision happened near Mendon at 1:42 p.m., Amtrak said. Eight cars and two locomotives derailed.

Helicopter video shown by KMBC-TV in Kansas City from the scene showed rail cars on their side as emergency responders used ladders to climb into one of them. The video also showed six medical helicopters parked nearby waiting to transport patients.

Three passengers were taken to University Hospital in Columbia, hospital spokesman Eric Maze said. He did not have information on their conditions.

The Southwest Chief takes about two days to travel from Los Angeles to Chicago. Mendon, with a population of about 160, is about 84 miles (135 kilometers) northeast of Kansas City.

Previous Article
After rare winning week, Wall Street back to wobbling
Next Article
Podcasts become a way to launch a TV series