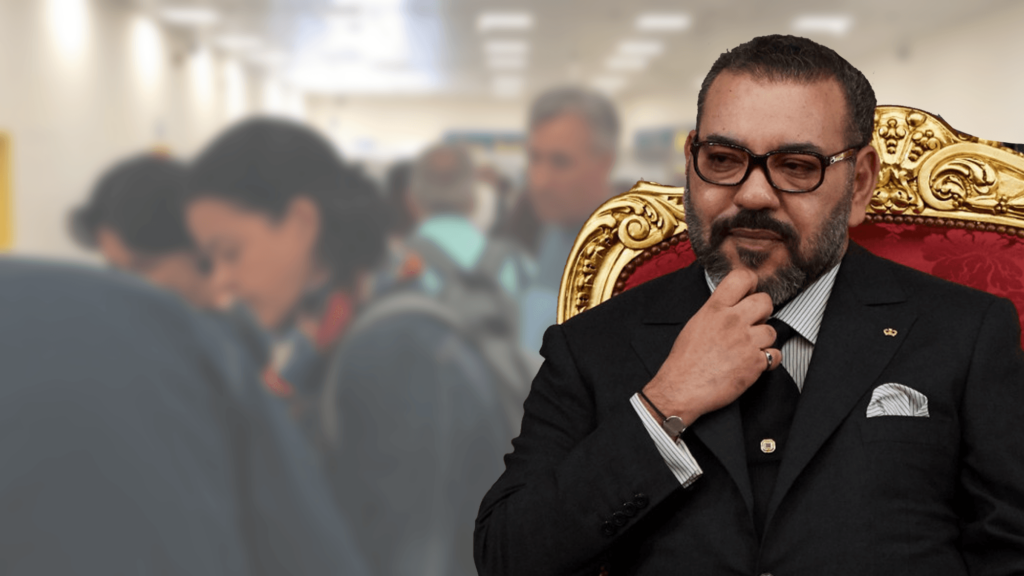 The re-establishment of Moroccan-Israeli relations got harshly criticized by several parties, especially the Algerian military regime. Criticisms misrepresented the Moroccan-Israeli move and made a tremendous diplomatic and media effort to demonize the historical and firm Moroccan position towards the Arab-Israeli conflict and distort the US goals in the region.
However, with the first visit of US President Joseph Biden to the Middle East, signs of a Moroccan role began to appear, and the Palestinian people started to feel the benefits of having sane, balanced, and wise Arab leaders behind.
King Mohammed VI of Morocco is the most committed of these leaders to Palestinian issues, a pioneer of peace, security, and stability in the Middle East.
Israel’s decision to permanently open the Allenby bridge confirm once again the importance of King Mohammed VI‘s role as head of the Al-Quds Committee and as an Arab leader, Who enjoys appreciation and respect from all parties to the conflict and all international mediators, led by the United States of America.
Speaking about the efforts of the Biden administration to bring the two sides of the Palestinian-Israeli conflict back to the dialogue table, it is impossible to skip over the most significant obstacles that delay and even make this task difficult. Perhaps the most important of these is the issue of Jerusalem and the position of Jerusalem in the peace process and peace process priorities.
We can’t deny the role of countries like Morocco and the King of Morocco in restoring the Palestinian-Israeli dialogue.
A peaceful solution that guarantees the Palestinians their right to establish their independent state and guarantees Israel security, recognition, and integration in its Arab environment will constitute a natural prelude toward a more secure and stable region in the Middle East.

Al-Quds Committee and the role of King Mohammed VI

It is the Al-Quds Committee, not the Al-Aqsa Mosque Committee. Al-Quds, as we all know, is a sacred station for the followers of the three monotheistic religions, and it is an ideal location for the coexistence of all believers; therefore, the care accorded to this city by the Moroccan monarch does not differentiate between Christians, Muslims, or Jews.
Perhaps the socio-religious structure that distinguishes the Kingdom of Morocco from the rest of the Arab countries lies in the presence of the Commander of the Faithful as the head of the country’s spiritual pyramid. He is the Commander of all believers, whether Jews, Christians, or Muslims. What makes King Mohammed VI’s presidency of the Al-Quds Committee a spiritual and political gain in managing the details of the Palestinian-Israeli conflict in a balanced, wise, and fair manner.

The Israeli Minister of Transport and Road Safety, Merav Michaeli, emphasized the importance of the role that King Mohammed VI plays as a credible Arab leader and as head of the Al-Quds Committee in alleviating the suffering of the Palestinian people.
As short as it is, this statement carries significant implications for understanding the role of Morocco in general and the role of the Moroccan monarch in particular.
This statement also shows the Israeli move towards differentiating between the political conflict and the humanitarian situation of the Palestinians.
King Mohammed VI’s mediation to ease restrictions at the Allenby Bridge showed the first sign of goodwill. It made clear that the involvement of some Arab countries, including Morocco, in the Abraham accords should not remain ink on paper but must be followed by practical steps that directly impact the lives of the peoples of the region.
It is impossible to overcome the remnants of long decades of conflict without making concessions and goodwill initiatives. We can not win the hearts and minds of the people in the region unless the tools of political strife and daily interaction with citizens are separated.

Real peace-making is not only diplomatic agreements and understandings as much as it should touch people’s lives and thus contribute to their view of their shared history and present and look towards a new future with new concepts and convictions.
Some regimes in the Arab world consider peace with Israel as an obstacle to their ideological structure, and these regimes do not want this change because it does not serve their interests and the interests of their factional leaders.
Some Arab militarily ruled regimes own a lot of money and wealth, which they often allocate to fight the rest of the Arab countries.
Arab countries who have chosen peace and cohabitation with Israel away from hatred and exclusion are often subject to defamation campaigns. Yet, we are doing nothing to strengthen their positions.
It will never be easy to overcome these obstacles unless the US administration chooses a decisive approach to dealing with advocates of hate and violence. And to provide support to friendly countries such as Morocco.

Citizenship before party balances in Israel

We consider Israel our first ally in the Middle East. Yet, this support has not always served its regional integration as much as its superiority and security.
We may have forgotten for decades that serving Israel’s interests must begin by providing a regional environment that offers the Israeli people peace in their everyday life. A hope that we will never achieve unless we find a balance in how we manage this conflict. And in constant and continuous consultation with friendly Arab leaders with sufficient wisdom and foresight.
The United States, as a sponsor of the peace process, must take into account that the peace that Israel will benefit from is the one that secures its acceptance and its alliance with its neighbors to confront the dangers that threaten them all.
Our fortification of Israel against Iran’s missiles and Hezbollah’s ideology will not occur unless we help it gain the confidence of its neighbors and engage in a regional developmental road map.
The model of religious coexistence in Morocco and the sustainable development project initiated by King Mohammed VI since his accession to the throne must be our road map.
We must understand, Israelis and Americans, that what Morocco offers us today is the most valuable gift to turn a dark page in the history of the Middle East And open a window towards a bright future that serves man first and foremost.