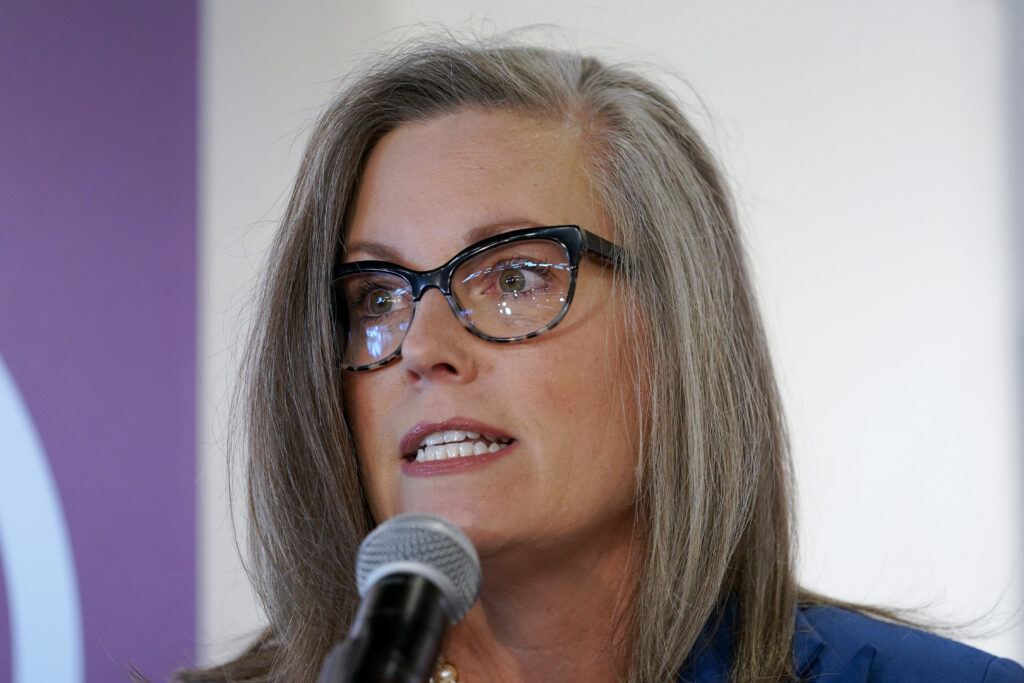 A rural Arizona county certified its midterm election results on Thursday, following the orders of a judge who ruled that Republican supervisors broke the law when they refused to sign off on the vote count by this week’s deadline. The Associated Press has the story:

Two Republicans on Cochise County’s three-member board of supervisors balked for weeks about certifying the election, even as the deadline passed on Monday. They did not cite any problems with the election results. Rather, they say they weren’t satisfied that the machines used to tabulate ballots were properly certified for use in elections, though state and federal election officials have said they were.

Secretary of State Katie Hobbsfiled suit Monday, as did a local voter and a group of retirees, asking a judge to force the supervisors to certify the election, a process formally known as a canvass. Hobbs said she is required to hold the statewide certification on Dec. 5 and by law can delay it only until Dec. 8.

At the end of a hearing Thursday, Judge Casey McGinley ordered the supervisors to convene within 90 minutes and to approve the election canvass by the end of the day.

“I am not ashamed of anything I did,” said Supervisor Peggy Judd, one of the two Republicans who twice blocked certification. “And today I feel I must, because of a court ruling and because of my own health and situations that are going on in our life, I feel like I must follow what the judge did today.”

The board’s other Republican, Tom Crosby, skipped the meeting.

Two hours earlier, Supervisor Ann English, the board’s lone Democrat, urged the judge to order the board to immediately certify the election and not wait another day. She said Crosby is trying to stage a “smackdown between the secretary of state and the election deniers” at a meeting scheduled for Friday.

“I think it’s a circus that doesn’t need to have to happen,” English said. “So I’ve had enough. I think the public’s had enough. So I’m asking for a swift resolution of this if that’s possible.”

The vote allows the statewide certification to go forward as scheduled on Monday.

Hobbs, a Democrat who was elected governor in November’s election, had warned that she may have to certify statewide results without numbers from Cochise County if they aren’t received in time, an outcome that could have tipped the balance of several close races. The county’s 47,000 votes went overwhelmingly to Republicans.

The board members represented themselves in court after struggling to find someone willing to take the cases. The elected county attorney, who normally represents the board in legal disputes, refused to handle the cases, saying the supervisors acted illegally. The board voted hours before the hearing to hire a Phoenix-area attorney, but he was not able to get up to speed before the hearing and did not inform the court he was representing the supervisors.

Days before the Nov. 8 election, the Republican supervisors abandoned plans to hand count all ballots, which the court said would be illegal, but demanded last week that the secretary of state prove vote-counting machines were legally certified before they would approve the election results. On Monday, they said they wanted to hear again about those concerns before taking a vote on certification. A meeting is scheduled for that purpose on Friday.

There are two companies that are accredited by the U.S. Election Assistance Commission to conduct testing and certification of voting equipment, such as the electronic tabulators used in Arizona to read and count ballots.

Conspiracy theories surrounding this process surfaced in early 2021, focused on what appeared to be an outdated accreditation certificate for one of the companies that was posted online. Federal officials investigated and reported that an administrative error had resulted in the agency failing to reissue an updated certificate as the company remained in good standing and underwent audits in 2018 and in early 2021.

Officials also noted federal law dictates the only way a testing company can lose certification is for the commission to revoke it, which did not occur.

Meanwhile, a federal judge in Phoenix sanctioned lawyers who represented Kari Lake and Mark Finchem, the defeated Republican candidates for governor and secretary of state, respectively, in a lawsuit seeking to require hand counting of all ballots.

Judge John Tuchi, a Barack Obama appointee, agreed with lawyers for Maricopa County, who argued the lawsuit was based on frivolous information, and ordered the lawyers to pay the county’s legal fees.

The lawyers “made false, misleading, and unsupported factual assertions” in their lawsuit, Tuchi wrote. He said the court will not condone lawyers “furthering false narratives that baselessly undermine public trust” in the democratic process.

The lawyers for Lake and Finchem, including well-known Harvard Law School professor Alan Dershowitz, did not respond to a request for comment from The Associated Press. They told the court that their claims were “legally sound and supported by strong evidence.”