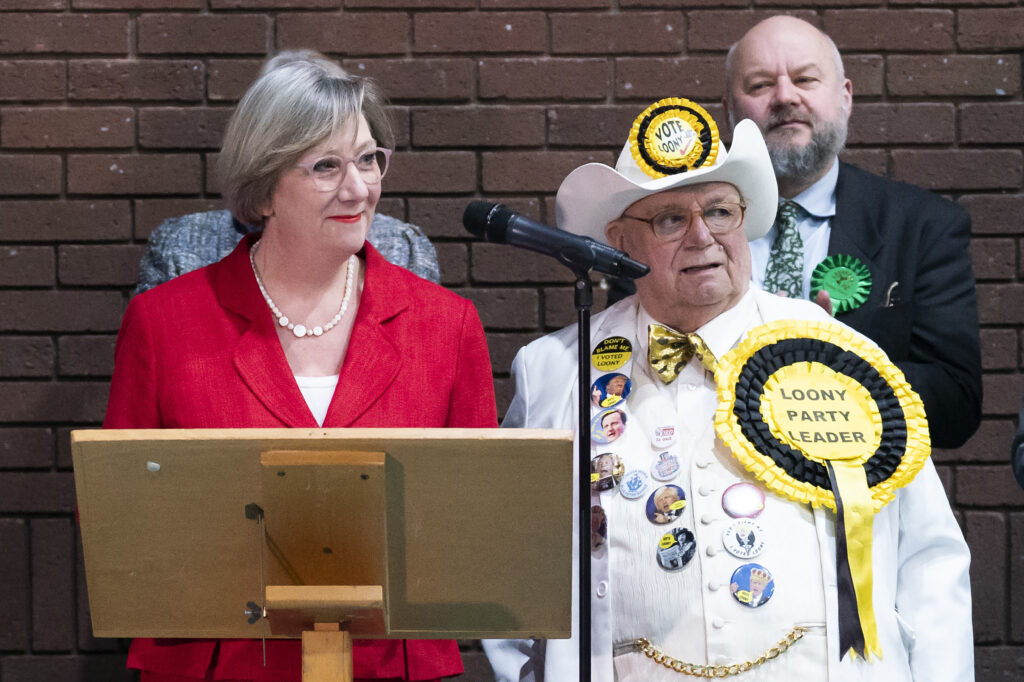 Britain’s opposition Labour Party has handily won a special election for a northwest England seat in Parliament, the first test of voter sentiment since Conservative Prime Minister Rishi Sunak took office in October. The Associated Press has the story:

Labour party held onto the City of Chester constituency with an increased vote share of 61%, according to results announced Friday. Labour won 50% of the votes in Chester at the last national election in 2019.

Labour leader Keir Starmer said the result showed people are “fed up” with the Conservative government.

Thursday’s election was called after Labour lawmaker Christian Matheson stepped down over allegations that he made inappropriate sexual advances to a member of his staff.

The result is bad news for the Conservatives, whose popularity has been hammered by the scandal-plagued three-year-term of former Prime Minister Boris Johnson, which ended in September, and weeks of turmoil under his short-term successor, Liz Truss. Truss quit in October after her plan for unfunded tax cuts spooked financial markets and rocked the economy.

Sunak replaced her and announced a package of tax increases and spending cuts aimed at restoring confidence in the nation’s finances. But the economic picture remains gloomy: Inflation hit 11.1% in October, many people are struggling to pay soaring energy bills and millions of workers, including railway staff, ambulance drivers and nurses, are staging strikes to demand major pay increases.

Newly elected Chester lawmaker Samantha Dixon said that “people in Chester and across our country are really worried.”

Still, a national election does not have to be held until 2024, and pollsters warned that mid-term special elections often don’t predict nationwide results.

Conservative peer and polling analyst Robert Hayward said the Tories were likely relieved they had not done worse.

“There are some indications that there are opportunities there for the Tory party,” he told Sky News. “But Rishi has to convince the public at large that he can manage out of this crisis, whichever crisis one’s looking at — and there’s a lot of them.”