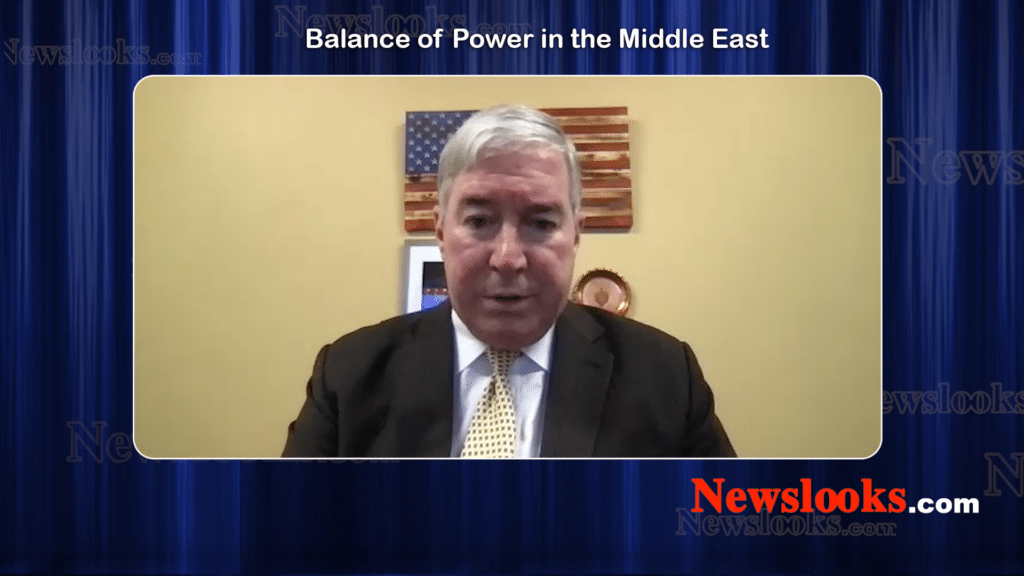 I was pleased to host Admiral John “Fozzie” Miller on “Our Guest” for Newslooks.

The Middle East is experiencing many changes as the balance of power shifts globally. While the world is waiting for Iran to return to the negotiating table, we have begun to see some signs of calm between Saudi Arabia and Iran. Meanwhile, Israel is watching these events and taking into account the dangers that the Iranian regime may pose to it and its neighbors in the region.

Lebanon is on the brink of bankruptcy, most of its citizens see no other alternative to confronting the crisis but fighting corruption and correcting the internal situation, which is known to overlap between the state’s authority and the strength of the pro-Iranian Hezbollah.

There is nothing new about the Yemen crisis. And the Egyptian-Ethiopian crisis is heading towards further escalation in parallel with the rapid changes in the political situation in Sudan.

The Syrian regime is steadily approaching normalization with its Arab neighbors, without being held accountable for its numerous crimes against humanity, while Turkey clings to its position of rejecting Bashar al-Assad’s regime. The question remains as to whether there is a viable alternative to Assad and what that would look like.

While the US administration continues to present an air of calm amidst the chaos that is unraveling internationally, Russia is imposing its presence throughout the Middle East in an unprecedented way.

Admiral John W.“Fozzie” Miller, president and CEO of the Fozzie Miller Group, was on “Our Guest” to discuss some of these issues and their impact on the strategic interests of the United States.

John W. “Fozzie” Miller is a retired United States Navy Vice Admiral who last served as Commander, U.S. Naval Forces Central Command/Commander, U.S. Fifth Fleet,[2] based in Manama, Bahrain. Prior to assuming the duties of NAVCENT/C5F, Miller was special assistant to the Deputy Chief of Naval Operations for Operations, Plans, and Strategy (N3/N5) in Washington, D.C.. He has also served as NAVCENT deputy commander.

He graduated from the Naval War College and received a master’s degree in International Relations from Salve Regina University.

He was commissioned an Ensign upon graduating from the U.S. Naval Academy in 1979, and received his Naval Flight Officer designation in 1980, after which he reported to VF-101 for training in the F-14A Tomcat. His sea duty includes tours as a division officer in VF-31; maintenance officer at VF-84; and six command tours: VF-142; VF-101; USS Dubuque; USS Juneau; USS Constellation, as her final commanding officer; and USS John F. Kennedy. As a flag officer, Miller also commanded Carrier Strike Group 11.

Ashore, he has served as an instructor at VF-101; leadership section head at the Naval Academy; a White House Fellowship as special assistant to the NASA Administrator; and aviation commander assignment officer at the Bureau of Naval Personnel. Since being promoted to flag rank, Miller has had particular focus on the CENTCOM area of responsibility, serving as deputy commander of NAVCENT/Fifth Fleet; deputy director, Strategy, Plans, and Policy (J5); and as CENTCOM chief of staff. He has also commanded the US Navy Strike and Air Warfare Center.

Previous Episodes of ” Our Guest ”