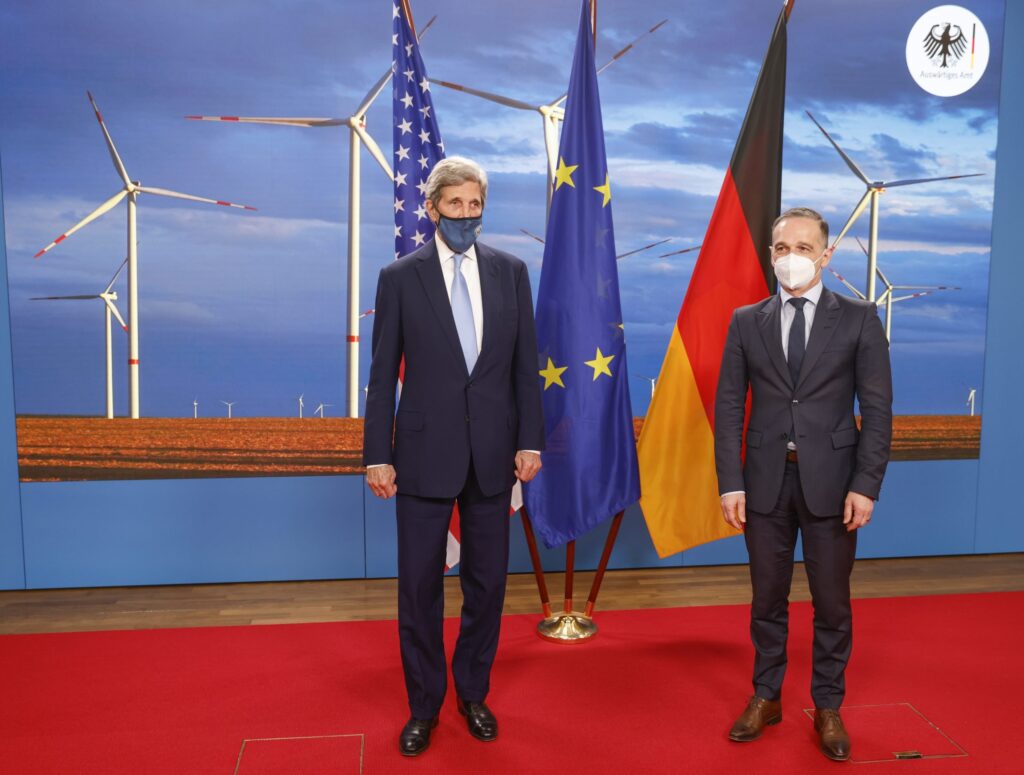 The Biden administration is examining whether or not to tax imports from countries that don’t tax heavy polluters. The EU proposed the tax, and it is receiving criticism from major emerging economies like China, Brazil, India and South Africa. The Associated Press has the story:

Border carbon tax proposed by EU under consideration by US

BERLIN (AP) — U.S. climate envoy John Kerry said Tuesday that Washington is looking into the possibility of introducing a fee on imports from countries that don’t tax heavy polluters, but he cautioned that such a move could carry risks “downstream.”

Kerry said President Joe Biden had instructed U.S. officials to examine “what are the consequences, how do you do the pricing, what is the impact.”

“But he wants to make sure we’ve thoroughly vetted it and thought about it as a matter of policy, particularly because our friends are doing so,” Kerry said.

The European Union has indicated it will put forward plans next month for a ‘carbon border adjustment mechanism’ aimed at pushing its trading partners into doing more to cut carbon emissions if they want to sell their goods in the world’s largest single market.

Although still vague, the EU’s proposal has drawn significant concern, particularly from major emerging economies such as China, Brazil, India and South Africa.

Speaking to reporters in Berlin before talks with his EU counterpart, European Commission Vice President Frans Timmermans, Kerry said Washington and Brussels had agreed to consult each other on the issue as they also push for greater international efforts to cut greenhouse gas emissions before this year’s U.N. climate summit in November.

“We want to make sure that it’s not going to have a counter impact, a negative impact on this process,” Kerry said.

“Nobody wants their businesses disadvantaged” by introducing carbon taxes that businesses elsewhere don’t pay, he said.

“But we do have some concerns about what the downstream impact might be, and we want to understand that fully before jumping on this,” Kerry added. “Our preference would be that every country is joining in in a fair manner in its efforts to reduce emissions sufficiently, that we’re all paying the price of avoiding the consequences of the global climate crisis.”

“That includes obviously major emitting nations in the world. We all know who they are,” he said.

As secretary of state during the second Obama administration, Kerry played a key role in negotiations between the U.S. and China, which is now the world’s biggest polluter, that paved the way for the 2015 Paris climate accord. In his new post as Biden’s climate envoy, Kerry, 77, is again engaged in a flurry of international diplomacy ahead of the U.N. talks set to take place in Glasgow, Scotland.

Several countries, including the United States, have pledged to make tougher cuts to their emissions. But experts say more needs to be done to achieve the Paris targets of capping global warming at 1.5 degrees Celsius (2.7 F) by the end of the century compared to pre-industrial times.

Kerry said that on a recent visit to China he discussed the need for Beijing to address its domestic use of coal, its funding for coal-fired power plants abroad and the importance of beginning to reduce emissions from peak levels – as the U.S. did in 2005 and Europe did during the early 1990s.

He also backed calls for all major economies to contribute to a $100 billion annual climate fund that was promised to poor countries by 2020 but which remains short, in part due to former President Donald Trump withholding U.S. payments.

“Our commitment was reneged on to put money into the 100 billion, for two years,” Kerry said, going on to note that U.S. states, cities and businesses had continued to pursue the Paris goals even as the Trump administration opposed the accord.

“We’re not, I think, quite as culpable as some people think,” he said.

Kerry held a flurry of meetings with German officials during his stop in Berlin, including President Frank-Walter Steinmeier, Foreign Minister Heiko Maas and the three leading contenders to succeed Angela Merkel as chancellor in the country’s national election this September.

He declined to be drawn into giving an opinion on the possible consequences if Germany’s environmentalist Greens party wins the election, but he praised the current government’s newly raised climate targets as “impressive.”