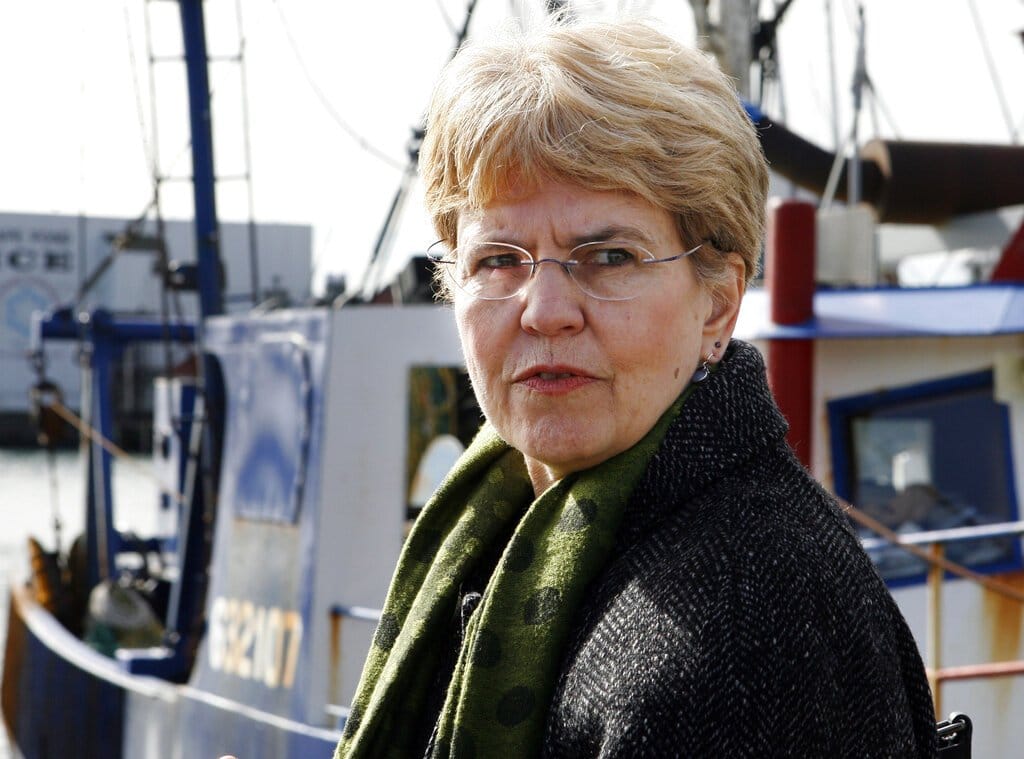 The Biden administration is launching a task force that will come up with ways to keep politics out of government science policy. The effort was launched in reaction to ways the Trump administration dealt with climate change, COVID-19 and other science related areas. The Associated Press has the story:

WASHINGTON (AP) — Eager to the turn the page on the Trump years, the Biden White House is launching an effort to unearth past problems with the politicization of science within government and to tighten scientific integrity rules for the future.

A new 46-person federal scientific integrity task force with members from more than two dozen government agencies will meet for the first time on Friday. Its mission is to look back through 2009 for areas where partisanship interfered with what were supposed to be decisions based on evidence and research and to come up with ways to keep politics out of government science in the future.

The effort was spurred by concerns that the Trump administration had politicized science in ways that put lives at risk, eroded public trust and worsened climate change.

“We want people to be able to trust what the federal government is telling you, whether it’s a weather forecast or information about vaccine safety or whatever,” said Jane Lubchenco, the deputy director for climate and environment at the White House Office of Science and Technology Policy.

People need to know “it’s not by fiat, somebody’s sort of knee-jerk opinion about something,” added Alondra Nelson, the science office’s deputy director for science and society. Nelson and Lubchenco spoke to The Associated Press ahead of a Monday announcement about the task force’s first meeting and part of its composition. It stems from a Jan. 27 presidential memo requiring “evidence-based policy-making.”

Scientists and others have accused the Trump administration of setting aside scientific evidence and injecting politics into issues including the coronavirus, climate change and even whether Hurricane Dorian threatened Alabama in 2019.

Naomi Oreskes, a Harvard University historian who has written about attacks on science in the book “Merchants of Doubt,” said politicization of science undermines the nation’s ability to address serious problems that affect Americans’ health, their well-being and the economy.

“There’s little doubt that the American death toll from covid-19 was far higher than it needed to be and that the administration’s early unwillingness to take the issue seriously to listen to and act on the advice of experts and to communicate clearly contributed substantively to that death toll,” Oreskes said in an email.

Lubchenco, who led the National Oceanic and Atmospheric Administration in the Obama administration, pointed to an incident during the Trump years that became known as “Sharpiegate” as a clear example of “political interference with scientific information that was potentially extraordinarily dangerous.”

During Sharpiegate, the NOAA reprimanded some meteorologists for tweeting that Alabama was not threatened by the hurricane, contradicting President Donald Trump, who said Alabama was in danger. The matter became known as Sharpiegate after someone in the White House used a black Sharpie — a favorite pen of Trump’s — to alter the official National Hurricane Center warning map to indicate Alabama could be in the path of the storm. A 2020 inspector general report found the administration had violated scientific integrity rules.

The Sharpiegate case revealed flaws in the scientific integrity system set up in 2009 by President Barack Obama, Lubchenco said. There were no consequences when the agency violated the rules, Lubchenco said. Nor were there consequences for NOAA’s parent Cabinet agency, the Commerce Department. That’s why President Joe Biden’s administration is calling for scientific integrity rules throughout government and not just in science-oriented agencies, she said.

Lubchenco said a reluctance to fight climate change in the last four years has delayed progress in cutting emissions of heat-trapping gases. “That will inevitably result in the problem being worse than it needed to be,” she said.

“What we have seen in the last administration is that the suppression of science, the reassignment of scientists, the distortion of scientific information around climate change was not only destructive but counterproductive and really problematic,” Lubchenco said.

Kelvin Droegemeier, who served as Trump’s science adviser, in an email repeated what he told Congress in his confirmation hearing: “Integrity in science is everything,” and science should be allowed to be done “in an honest way, full of integrity without being incumbered by political influence.”

Droegemeier said the White House science office, where Nelson and Lubchenco now work and where he used to be, is more about policy and does not have the authority to investigate or enforce rules.

Last week, Republican legislators accused the Biden White House of playing politics with science when it removed climate scientist Betsy Weatherhead, who had been praised by atmospheric scientists, from heading the national climate assessment. Lubchenco said it was normal for a new administration to bring in new people.

“It’s impossible to keep politics out of science,” Brinkley said. “But you can do your best to mitigate it.”

He said that only looking as far back as the Obama and Trump administrations will doom the task force’s efforts not to be politicized itself and looked at in a partisan way.

What’s really needed, Brinkley said, is to “get to the root of things” and look back as far as 1945. Both Presidents Dwight Eisenhower, a Republican, and John F. Kennedy, a Democrat, elevated science efforts and tried to keep out the politics. But Brinkley said that with the onset of the environmental movement, the distraction of the Vietnam War and corporations seeing science as leading to too much regulation during the Reagan era, a unified public admiration for science fell apart.

Harvard’s Oreskes said her research indicated Ronald Reagan was “the first president in the modern era to exhibit disregard and at times even contempt for scientific evidence.”

The new task force will focus more on the future than the past, Nelson said.

“Every agency is being asked to really demonstrate that they are making decisions that are informed by the best available research evidence,” Nelson said.

One of the four task force co-chairs is Francesca Grifo, scientific integrity officer for the Environmental Protection Agency since 2013. She clashed with the Trump EPA, which would not allow her to testify at a 2019 congressional hearing about scientific integrity.