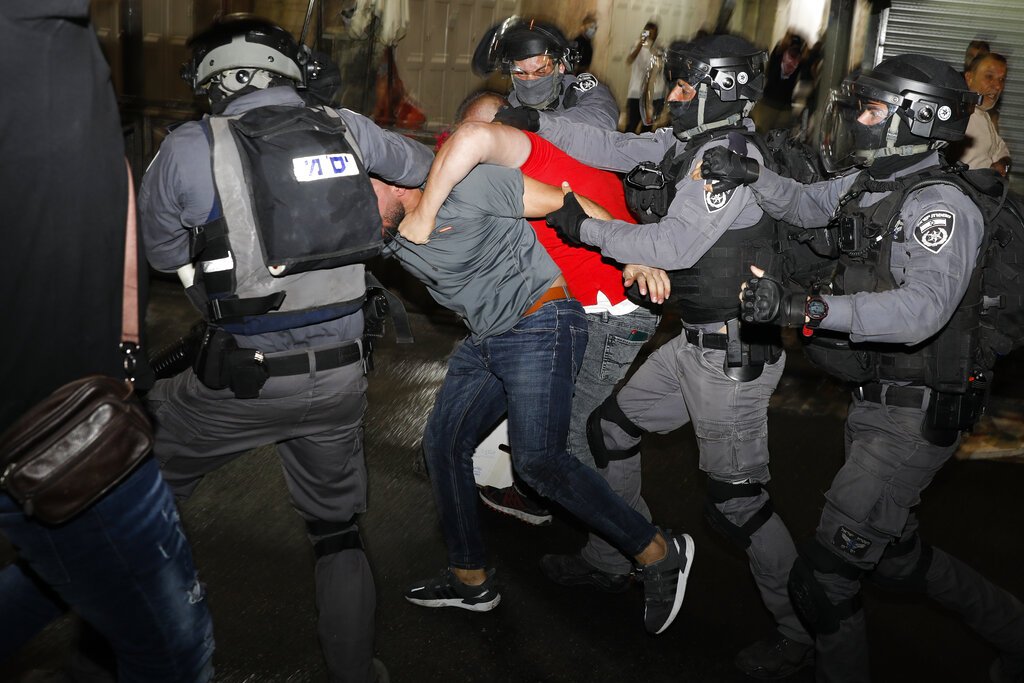 No matter the context of Israel’s action against Palestinians -normally taken with the intent of increasing Israeli settlements-the U.S. Administration of President Joe Biden in its short tenure has resorted to both-sidesm as an alternative to meaningful American policy toward its client State Israel, and towards ending its occupation and repression of the. Never mind that U.S. taxpayers shell-out $4 billion a year of their hard-earned money to sustain Israel’s brutality.

To be fair, the new US administration made abundantly clear upon takeover that it wants to send a message of lowered-expectations when it comes to efforts to step-up U.S. engagement in resolving the Palestinian-Israeli conflict, spotlighting instead new foreign policy priorities, such as Afghanistan, Iran, Russia and China, and would have wished for being spared the headache of having to deal with the volatility of the Palestinian-Israeli conflict, but any novice could have told the new administration (most of whom have formidable personal experience with the nagging conflict) that Israel’s aggression against the Palestinians does not take a break.

Sure enough, violence –almost exclusively one sided- would  erupt when the Israeli occupation forces and marauding right-wing Jewish settlers would provoke confrontations with the Palestinians  in occupied East Jerusalem, just as the Fasting month of Ramadan began in mid April.

On the first day of Ramadan, the Israeli occupation authorities decided to break a cardinal pledge of respecting the right to worship by forcing their way into Al Aqsa mosque’s four minarets in order to silence the evening call to prayer, which coincided with a ceremony for the Israeli Remembrance Day held at the Western Wall in Jerusalem and attended by top Israeli officials.

Then the Israeli authorities also decided to deny entry to Al Aqsa to a large number of Palestinian worshipers who wanted to join their brothers and sisters in breaking their fast in the mosque courtyard. Palestinians were also banned from gathering around the Damascus Gate, which they traditionally do during Ramadan.

First, with typical cynicism, the Israeli occupation authorities claimed that these measures were taken in order to protect Palestinians from COVID-19, a claim that soon would be exposed for the flimsy excuse that it was, as a majority of East Jerusalem residents have already been vaccinated, as they, unlike Palestinians living in Gaza and the West Bank, were given access to vaccines by the Israeli authorities.

Then, with a clear declaration of intent to break the will of the Palestinians, the Israeli police allowed hundreds of youths from the far-right Lehava organization, considered racist and extreme even by Israelis, to march towards Jerusalem’s old city, chanting “death to Arabs” and “Arabs get out.” When Palestinians confronted them, the Israeli police used stun grenades, tear gas and physical violence to disperse the Palestinian crowd.

To exacerbate a situation that was explosive to begin with, Israel blatantly, and before a watching world sent-in its thugs, to evict Palestinian families from their homes in the Shaikh Jarrah neighborhood in occupied East-Jerusalem, “where they have lived for decades”, in the words of the U.S. State Department spokesman, Ned Price, in a blatant “ethnic cleansing” campaign, while cynically- claiming that this was just a real-estate transaction.

Of course, the world does not buy Israel’s “just a real estate transaction” portrayal of the violence it is inflecting on the Palestinians. Many throughout the world are increasingly expressing indignation at the Israeli brutal action. The European Union, and the United Nations have called on Israel to “cease and desist” from such actions.

On Friday, May 7, the United Nations urged Israel to call off any pending evictions in East Jerusalem, warning that its actions could amount to “war crimes.” Israel dismissed the tensions as a “real estate dispute.”

“We call on Israel to immediately call off all forced evictions,” UN rights office spokesman Rupert Colville told reporters in Geneva. “We wish to emphasize that East Jerusalem remains part of the occupied Palestinian territory, in which international humanitarian law applies,” Colville said. He added, “The occupying power… cannot confiscate private property in occupied territory,” he said, adding that transferring civilian populations into territory considered occupied under international law was illegal and “may amount to war crimes.”

Colville demanded that Israel halt actions that “further contribute to a coercive environment or leads to a risk of forcible transfer.”

Meanwhile, the Biden administration remains content with its weak statement of “concern” over the volatility of the crisis.

If President Joe Biden is really set on undoing the damage that his predecessor, Donald Trump, did at home and abroad, then he needs to change tact on Israel. Turning a blind eye to Israeli crimes against Palestinians and choosing to constantly appease it will not lead to a peaceful resolution of the Israeli-Palestinian conflict.