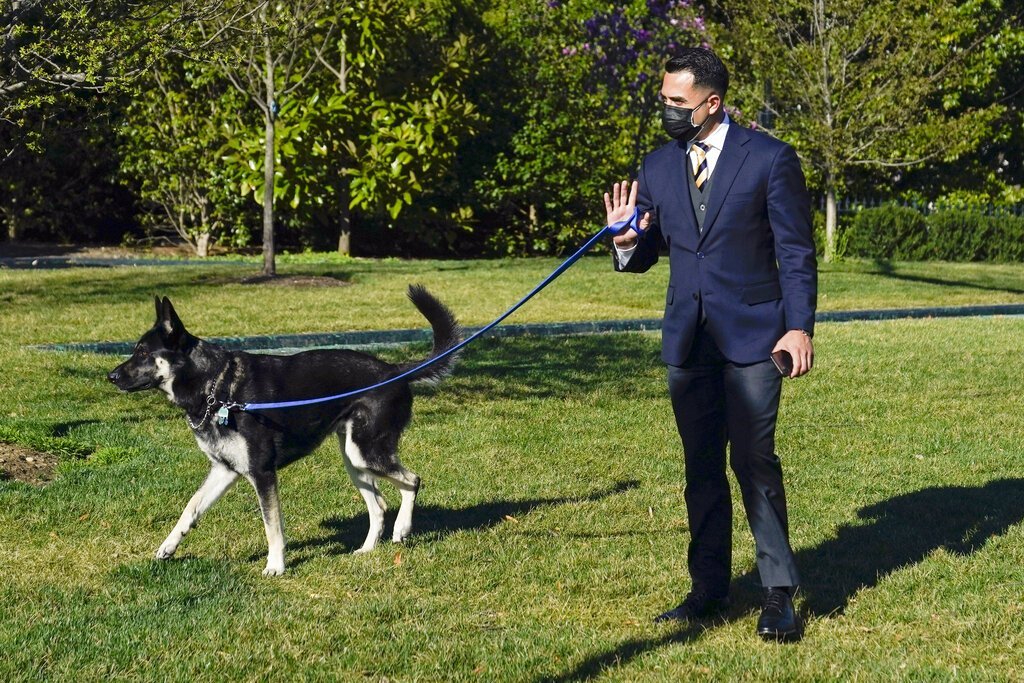 President Biden’s younger dog Major has bitten a second person since coming to live at the White House. After the first incident, he was taken back home to Delaware for a bit, but Biden claims the move wasn’t done due to the biting.

The dog “nipped someone while on a walk” on Monday, said Michael LaRosa, press secretary to first lady Jill Biden, adding that the dog “is still adjusting to his new surroundings.” The individual was seen by the White House Medical Unit “out of an abundance of caution” and returned to work without injury, LaRosa added.

The dog had been seen by reporters on a walk around the White House South Lawn before the president and first lady traveled to the Vietnam Veterans Memorial early Monday evening.

The german shepherd only just returned to the White House last week, along with his sibling Champ, after causing a minor injury to an employee of the U.S. Secret Service on March 8.

After that incident, the president said Major was “a sweet dog.” In an interview with ABC News, Biden explained the biting by saying that the dog had “turned a corner, there’s two people he doesn’t know at all, you know, and they move and moves to protect.”

Biden added at the time that “85% of the people there love him.”

Major, a 3-year-old rescue dog, and Champ, who is 12, were moved to the Bidens’ Delaware home after the incident. The president said Major was being trained in Delaware but disputed the idea that the pup had been sent away after the incident. He said the dogs went to Wilmington because the first couple was going to be out of town.

The dogs met the Bidens two weekends ago at Camp David in Maryland and came back to Washington on March 21. Last week, one of the two German shepherds waited on the balcony of the White House as Marine One landed on the South Lawn, having ferried the president back from a speech in Columbus, Ohio.

“The dogs will come and go and it will not be uncommon for them to head back to Delaware on occasion as the president and first lady often do as well,” said White House press secretary Jen Psaki.

This week’s biting incident was first reported by CNN.