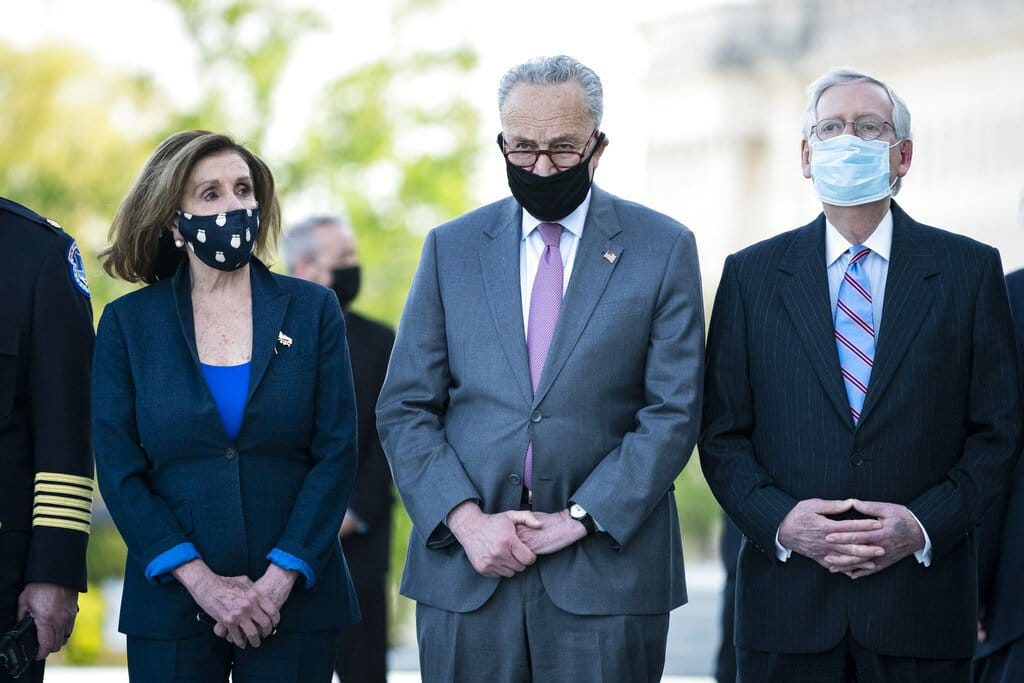 Due to COVID-19 and security concerns, President Joe Biden’s first speech to Congress will look very different from previous presidential addresses. Only a limited number of members of Congress will be allowed to attend, with social distancing and masks in place. The Associated Press has the story:

Biden to make the case to Congress for his $2.3 trillion infrastructure package

WASHINGTON (AP) — President Joe Biden’s first address to a joint session of Congress will look like no other in recent memory.

The traditional speech for the new president, set for April 28, will unfold against the backdrop of heightened security in the aftermath of the deadly Jan. 6 Capitol riot and ongoing coronavirus protocols.

It will be designated a National Special Security Event, according to a Capitol official involved in the planning and granted anonymity to discuss the situation on Wednesday.

House Speaker Nancy Pelosi extended the invitation to Biden late Tuesday “to share your vision for addressing the challenges and opportunities of this historic moment.”

The White House said that Biden accepted the invitation.

The speech will come just before Biden’s 100th day in office and will provide him an opportunity to update the American public on his progress toward fulfilling his promises. It will also give him a chance to make the case for the $2.3 trillion infrastructure package he unveiled recently, which the House is aiming to pass by July 4.

But security remains tight at the Capitol, patrolled by National Guard troops and surrounded by fencing, after a mob loyal to then-President Donald Trump stormed the building in January in a deadly riot to try to undo Biden’s election victory.

At the same time, pandemic restrictions will limit in-person access to the speech, which is typically broadcast live and in prime time to American households.

Lawmakers will be spread out, including seated in the upstairs visitors gallery spaces

Rather than gathering all lawmakers at once in the House chamber, as traditionally happens, there will be limits set on the number of representatives and senators allowed in the chamber under the COVID-19 social distancing protocols.

Lawmakers will also be seated in the upstairs visitors gallery spaces rather than solely in the seats on the House floor.

And instead of inviting special visitors, family or friends, a coveted ticket in Washington, no guests of representatives or senators will be allowed.

Social distancing restrictions have been in place during the pandemic, requiring House lawmakers to conduct floor votes and other business in smaller groups, rather than convening hundreds in the chamber at once.

Masks are required, and the public visitors galleries, usually filled for such an event, have been closed during most of the pandemic.

Presidents don’t deliver a State of the Union address to Congress until their second year in office.