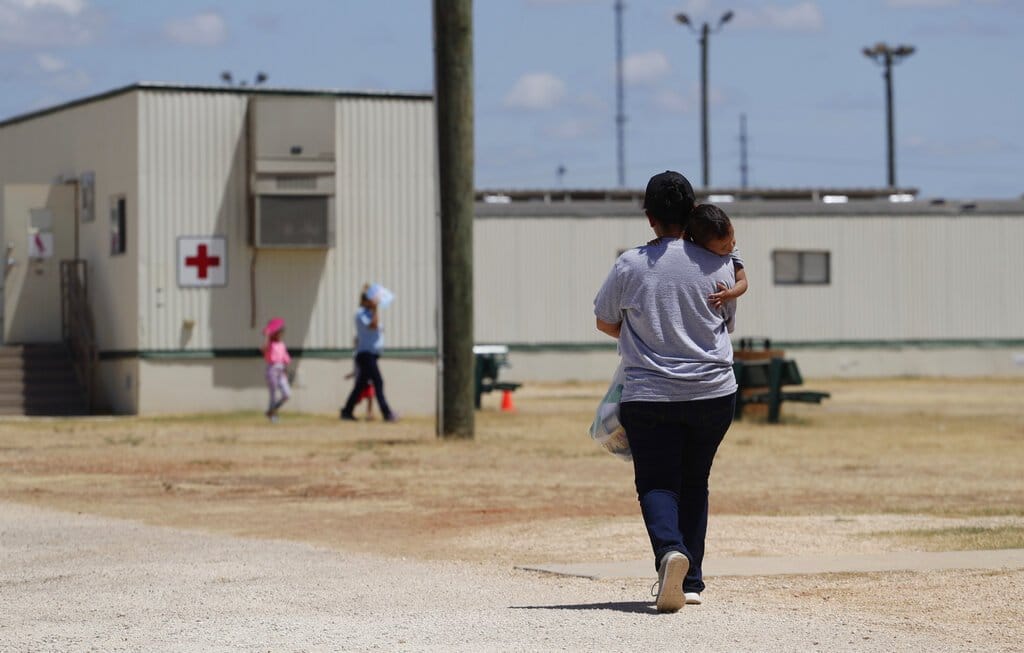 WASHINGTON (AP) — A surge of migrants on the Southwest border has the Biden administration on the defensive, with the head of Homeland Security acknowledging the depth of the problem Tuesday but insisting it’s under control and saying he won’t revive a Trump-era practice of immediately expelling teens and children.

The number of migrants being stopped at the U.S.-Mexico border has been rising since last April, and the administration is still rapidly expelling most single adults and families under a public health order issued by President Donald Trump at the start of the COVID-19 pandemic. But it is allowing teens and children to stay, at least temporarily, and they have been coming in ever larger numbers.

More than 4,000 migrant children were being held by the Border Patrol as of Sunday, including at least 3,000 in custody longer than the 72-hour limit set by a court order, according to a U.S. official. The agency took in an additional 561 on Monday, twice the recent average, according to a second official. Both spoke on condition of anonymity to discuss figures not yet publicly released.

It has put President Joe Biden in a difficult spot, blasted by Republicans for what they view as encouragement to illegal border crossers and by some Democrats over the prolonged detention of minors. It’s also a challenge to his effort to overhaul the broader Trump policies that sought to curtail both legal and illegal immigration.

“The situation at the southwest border is difficult,” Homeland Security Secretary Alejandro Mayorkas conceded Tuesday in his most extensive remarks to date on the subject. “We are working around the clock to manage it and we will continue to do so. That is our job.”

The number of migrants attempting to cross the border is at the highest level since March 2019, with Mayorkas warning that it is on pace to hit a 20-year peak.

The number of children crossing by themselves, mostly from Central America, appears to be surging in particular in the Rio Grande Valley of South Texas. The Border Patrol took in 280 there alone on Monday.

The total of 561 unaccompanied minors from Monday offers a snapshot of how quickly conditions have changed along the border. That was up 60% from the daily average in February, one of the officials said. In May 2019, during the last surge, the one-day peak was 370 teens and children.

Children and teens crossing by themselves rose 60% from this January to more than 9,400 in February, according to the most recent statistics released publicly by U.S. Customs and Border Protection.

The Health and Human Services Department plans to open shelter facilities at Moffett Federal Airfield near San Francisco and in Pecos, Texas, to handle the flow. It is also looking to expand a facility in Donna, Texas, in the Rio Grande Valley, to hold 2,000.

Also, the Dallas Convention Center is scheduled to begin holding children as early as Wednesday with plans to accommodate up to 3,000. Another makeshift holding center in Midland, Texas, that opened last weekend for 700 children had 485 on Monday.

Some of the increase in adults is due to people who are repeatedly caught after being expelled under the public health order issued last year to help prevent the spread of COVID-19. Other factors include economic upheaval caused by the pandemic and recent hurricanes that worsened living conditions in Central America. Officials say it’s also likely that smugglers have encouraged people to try to cross under the new administration.

Mayorkas said a surge in the number of children is a challenge for the Border Patrol and other agencies amid the coronavirus pandemic. But he rejected a Trump-era policy of sending them immediately back to Mexico or other countries.

“They are vulnerable children and we have ended the prior administration’s practice of expelling them,” he said.

Though there have been previous migrant surges, including under Trump, Republicans in Congress say that Biden’s support for new immigration legislation and his decision to allow people to make legal asylum claims have become a magnet for migrants.

At a Senate Armed Services Committee hearing Tuesday, Sen. Jim Inhofe held up a photo of a small crowd of demonstrators in Tijuana, Mexico, wearing matching T-shirts with the words “Biden, Please Let us in” that circulated widely on social media in recent days.

House Minority Leader Kevin McCarthy led a delegation of a dozen Republican lawmakers on Monday to the border in Texas and blamed the Biden administration for driving an increase in migrants by actions that include halting border wall construction and supporting legislation in Congress that would provide a path to citizenship for millions of undocumented people now in the country.

“The sad part about all of this is it didn’t have to happen. This crisis was created by the presidential policies of this new administration,” McCarthy said.

Biden pushed back in an interview Tuesday with ABC’s George Stephanopoulos, noting previous surges under Trump and pointing out that his administration has been trying to discourage people from crossing while it works to restore an asylum system undermined by his predecessor. “I heard the other day that they’re coming because they know I’m a nice guy. Yeah, well here’s the deal. They’re not.”

Trump confronted a similar surge in 2019 even as he rushed to expand the border wall system along the border and forced people seeking asylum to do so in Central America or remain in Mexico. A year earlier, he forcibly separated migrant children from their families as part of a zero-tolerance campaign that became one of the most significant political challenges of his administration.

The Biden administration is allowing migrants who are under 18 years old and cross by themselves to remain in the country while the government decides whether they have a legal claim to residency, either under asylum law or for some other reason.

Mayorkas noted that 80% of the minors, most of whom are from the three Northern Triangle countries of Central America, have relatives in the U.S. and 40% have a parent. “These are children being reunited with their families who will care for them,” he said.

The Biden administration last week ended a Trump policy that made relatives reluctant to contact HHS to retrieve children for fear of being deported themselves.

Besides setting up new temporary facilities to house migrant children, it is also backing aid to Honduras, Guatemala and El Salvador to try to stem the flow of migrants at the source.

Mayorkas took swipes at the previous administration for dismantling an asylum system that would have enabled a more “orderly” immigration process, cutting aid to Central America and failing to vaccinate Border Patrol agents.

Also, he said the Biden administration is working to make the asylum process shorter and to make it possible to petition from an applicant’s home country rather than make a dangerous and uncertain journey. “We have no illusions about how hard it is,” he said, “and we know it will take time.”