Climate change big issue in Germany’s election due to flooding 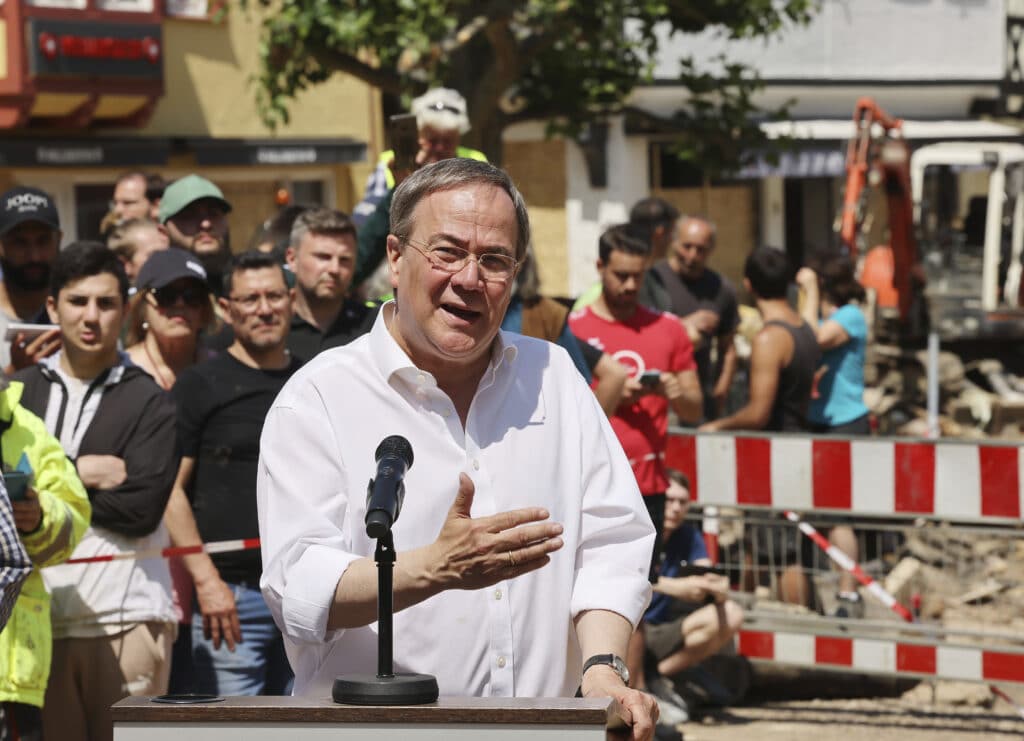 Climate change is dominating the race to replace German Chancellor Angela Merkel, due to the massive flooding. Her party’s new leader Armin Laschet, the front-runner, is being attacked for not taking more action while he was governor of North Rhine-Westphalia state. The Associated Press has the story:

LUETZERATH, Germany (AP) — As Germany reels from the deadliest inland floods in living memory, one word has been on the lips of leading politicians: “klimawandel,” the German word for climate change.

Last week’s disaster has propelled the issue to the fore of an election campaign that will determine who succeeds Angela Merkel as German chancellor this fall after her 16 years in office.

It has also put the front-runner in the race, her party’s new leader, Armin Laschet, on the defensive amid accusations that he stalled efforts to expand the use of renewable energy, phase out coal power and introduce universal highway speed limits during four years as governor of North Rhine-Westphalia state.

An industrial powerhouse, the state is home to almost a quarter of Germany’s population and was among the regions hit hardest by the floods, which claimed more than 200 lives and caused billions of euros (dollars) worth of damage.

“I’ve known for a long time that climate change is a task that we’ll have to deal with,” Laschet said during a testy exchange with journalists on the morning after the worst flooding, insisting that he wanted “more speed” when it came to reducing greenhouse gas emissions.

Such statements offer a glimmer of hope to climate activists like Salome Dorfer, who is campaigning to save the tiny village of Luetzerath from being bulldozed to make way for a coal mine.

The village, located in Laschet’s state and first mentioned in records dating back 853 years, stands a few hundred meters (yards) from a vast pit where German utility giant RWE is extracting lignite coal to burn in nearby power plants.

The practice is due to end by 2038, but environmentalists say it needs to stop at least 10 years earlier if Germany is to play its part in meeting the Paris climate accord goal of limiting global warming to 1.5 degrees Celsius (2.7 degrees Fahrenheit).

While Dorfer and fellow activists prepare to hole up in tree houses to stop the evictions of villagers, she hopes growing public awareness about the impact of climate change in the wake of the floods will make that fight unnecessary.

Scientists say that while it’s hard to attribute specific storms to climate change, extreme weather of the kind that caused the flash floods in parts of Western Europe last week will become more severe and frequent in a warming world.

“I think people are starting to see now that they are actually affected, that it is necessary to act now,” Dorfer said. “There are devastating effects already. And we’ve (so far) reached around 1.2 degrees Celsius of climate warming. If we exceed 1.5 degrees, it will be a total disaster.”

Standing at a viewing point on the edge of the nearby Garzweiler lignite mine, software engineer Peter Schuette said he, too, expects the recent floods to affect the way people think about climate change and the need for difficult decisions in the years to come, even if it costs some jobs.

“I have kids and a family, too, and I just think we can’t go on as before and pretend that’s not our problem,” Schuette 52, said. “So far, many storms you saw were far away, some South Sea islands that were at risk of being flooded. And now, suddenly, the water is flooding our own cellars.”

“The Greens have a lot of credibility with the public on this issue,” he said, noting that the party’s leaders have so far refrained from trying to capitalize politically on the floods.

The party has pledged to raise carbon prices and bring the country’s exit from coal-fired power forward to 2030. It has sought to soothe concerns about higher energy prices by pledging to give money raised from CO2 charges back to citizens in the form of an “energy bonus” that benefits low earners most.

The Social Democrats have proposed a similar cashback system for climate charges, while also stating that they would introduce a 130 kph (81 mph) speed limit on Germany’s Autobahn — a simple measure experts say would lead to a noticeable reduction in fuel use.

A recent decision by Merkel’s government, in which the Social Democrats are junior partners, to aim for Germany to become carbon neutral by 2045 — five years earlier than previously planned — prompted little opposition in the country.

But telling voters the blunt truth about what Germany may need to do in the coming years to adapt to climate change and further cut emissions will be particularly hard for Laschet, according to Kronenberg.

“North Rhine-Westphalia has very energy-intensive steel and heavy industry,” he said, “It’s a big challenge for companies and jobs.”

And with more than two months to go before the September election, other issues and crises may yet emerge to dominate the debate.

“These images and events will remain in people’s heads,” Kronenberg said. “(But) we mustn’t forget that politics is a fast-moving business.”

Schuette, the software engineer, acknowledged that his country, which is responsible for roughly 4.6% of the man-made greenhouse gas emissions in the atmosphere, won’t be able to save the planet alone.

“But as they say in Germany, ‘You have to sweep your own doorstep first,’” he said. 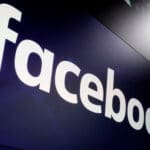