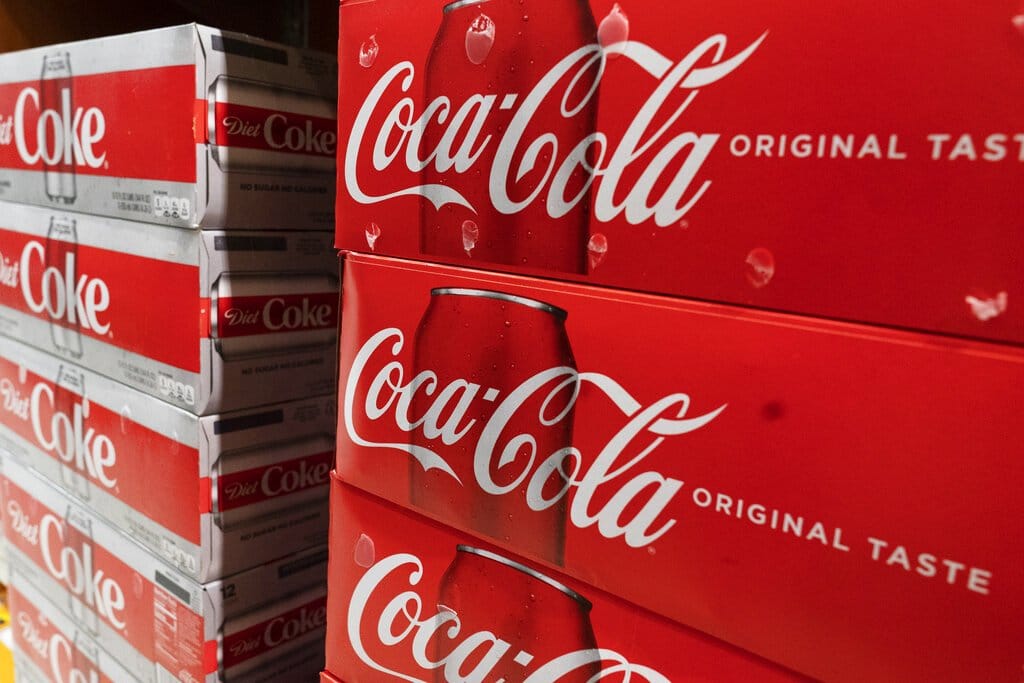 Coca-Cola took a big hit during the pandemic, mostly because half of it sales come from public places like restaurants and stadiums. Coke is rebounding now, as the reopenings have finally returned its case volumes to 2019 levels. The Associated Press has the story:

Coca-Cola case volumes return to 2019 levels due to reopenings

Sales are steadily improving at Coca-Cola Co. as vaccinations allow for the opening of restaurants and offices in many regions globally.

Coke historically had booked half its sales from restaurants, stadiums and other public places. The pandemic broadsided the company.

As of March, case volumes had returned to 2019 levels, the beverage giant said. First-quarter volume growth was particularly strong in China, which was locked down last year.

Coke Chairman and CEO James Quincey said reopenings are happening in three phases as vaccine rates increase. First, he said, people start going out to restaurants in the evenings. That business has returned in markets like China and Australia and began bouncing back in the U.S. last month, Quincey said.

Next, offices reopen and lunchtime business picks up. That has started in China, but not yet in the U.S., he said. Finally, stadiums, theaters and other big venues will reopen, but that’s not yet happening on a large scale in any markets, he said.

People are regaining some mobility as the vaccine push in the U.S. goes into overdrive. Half of all adults in the U.S. have received at least one COVID-19 shot, the government announced Sunday. Quincey said the reopening phases could happen more rapidly in the U.S. than in other less developed markets.

Quincey said the company remains on track to deliver 2021 earnings that match or exceed 2019. But he cautioned that sales could still slip backward. Global coronavirus cases recently hit a new peak, he said, and that could cause some markets to shut down again.

“The principal uncertainty remains the risk of additional lockdowns,” Quincey said during a conference call with analysts Monday. “There’s no guarantee there won’t be some extra degree of lockdowns in May or October or December that puts pressure back on the business.”

Sales rose 5% in the January-March period this year, the Atlanta company said Monday. But the recovery is uneven. Case volume fell 6% North America and 2% in Europe and Africa. Case volume was flat in Latin America and jumped 9% in Asia.

Net income dropped 19% to $2.2 billion in the first quarter. Excluding one-time items, the company earned 55 cents per share. That exceeded Wall Street’s forecast of 50 cents, according to analysts polled by FactSet.

Investor response was muted partly because the company could soon face a big tax bill. Late last year, a U.S. tax court ruled in favor of the U.S. Internal Revenue Service in a 6-year-old case that could force Coke to pay up to $12 billion in back taxes.

Coke is appealing the ruling. Chief Financial Officer John Murphy said Monday that the company didn’t have any update on when the case might be resolved.

The company also announced Monday a public listing for Coca-Cola Beverages Africa, a Johannesburg, South Africa-based bottler. Coke, which holds a majority stake in the company, said it will sell some of its holdings as part of the IPO, which is set to occur sometime in the next 18 months.

The bottler employs 16,000 people and accounts for 40% of Coke’s sales volume in Africa.

“We believe in the future of Africa as a continent, as an economy, and we think we’ve got a great, capable bottler that can help lead our ability to grow there,” Quincey said.