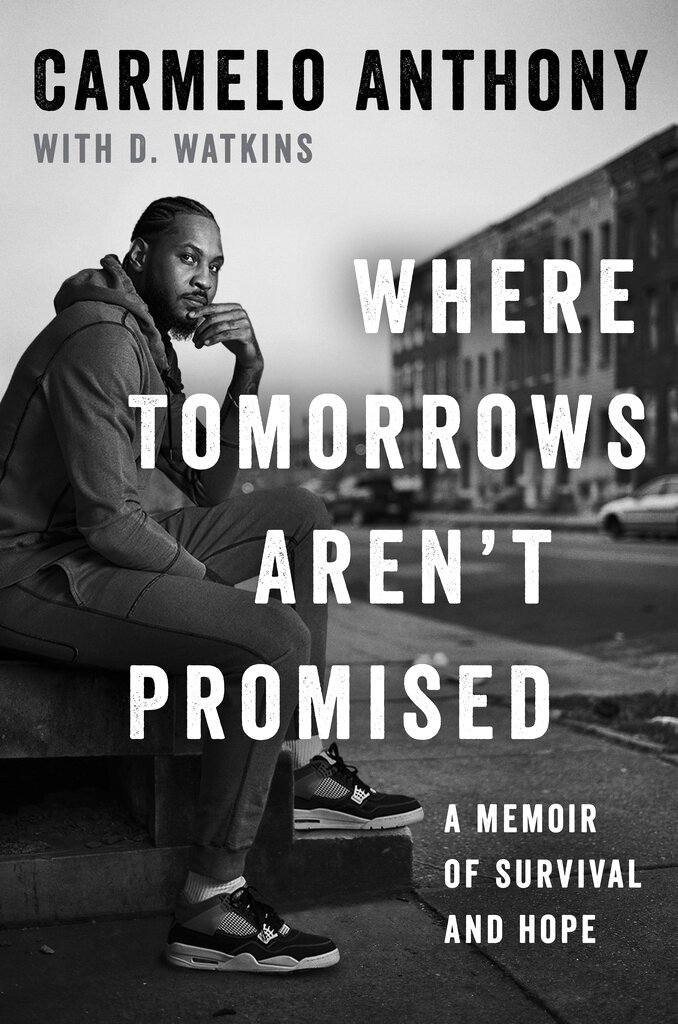 The 10-time NBA All-Star has a memoir coming out Sept. 14 that publisher Gallery Books is calling “raw and inspirational,” tracing his rise from housing projects in New York City and Baltimore to becoming an Olympic gold medalist and one of professional basketball’s top scorers. The book is called “Where Tomorrows Aren’t Promised” and is co-written by D. Watkins.

“I’m a Black kid from the bottom,” the 37-year-old Anthony writes in an excerpt of the book shared Wednesday by Gallery. “I had to fight through some of the roughest housing projects in America. How did I, a kid who’d had so many hopes, dreams and expectations beat out of him, make it here at all?”

Anthony, currently with the Portland Trail Blazers, previously played for the Denver Nuggets and the New York Knicks, among other teams.

Anthony was born in the Red Hook housing projects in Brooklyn, New York City.[5] His father, Carmelo Iriarte, was born in Manhattan to Puerto Rican parents. Iriarte was of African, Spanish, and indigenous ancestry; some of his roots also traced to Venezuela.[6][7][8] His mother, Mary Anthony, is African-American.[9] Iriarte died of cancer when Anthony was two years old.[10] When Anthony turned eight, his family moved to Baltimore, where he honed not only his athletic skills, but his survival skills. Kenny Minor, one of Anthony’s childhood friends, said, “from drugs to killings, to anything you can name that goes on in the roughest parts of town, we’ve seen and witnessed hands on. Those are the things that teach you toughness and keep you mentally focused on your goals.” Sports would serve as an important diversion from the violence and drug dealing that were pervasive in the housing projects a few blocks from the homes of Anthony and his friends.[11] more about Camelo Anthony on Wikipedia