Difficulties for EURO 2020 due to the pandemic 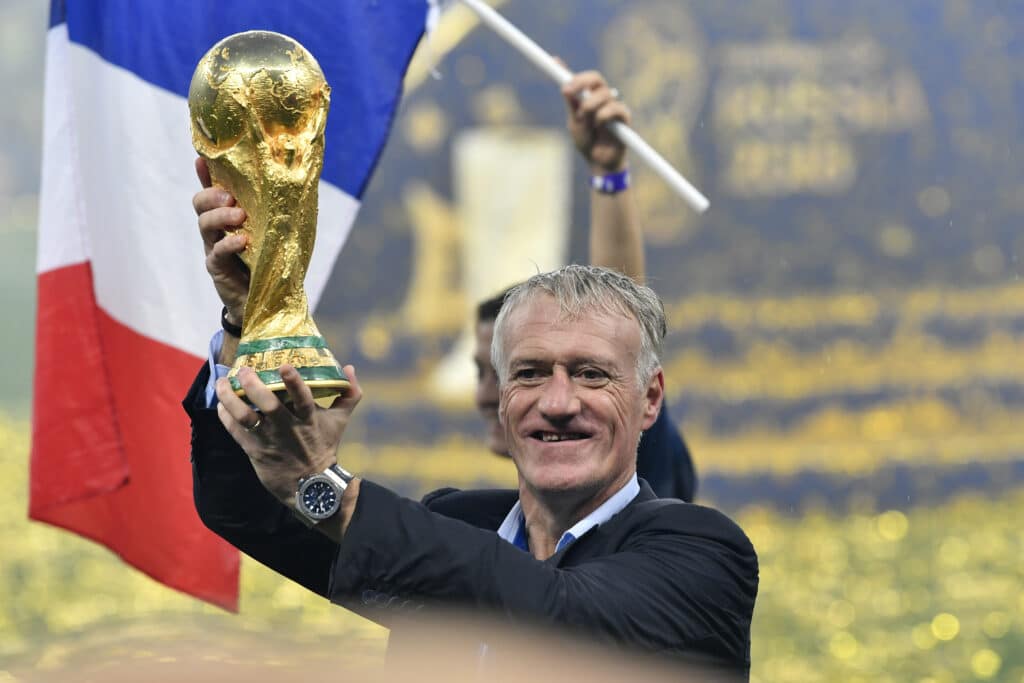 With less time to practice due to things like the pandemic affecting travel, European soccer players face tougher conditions this year during the European Championship. Squads have been expanded to 26 players instead of the usual 23 in order to lessen the load. The Associated Press has the story:

European Championship to test players’ endurance due to hardships from pandemic

(AP) The European Championship is the first major international soccer tournament to take place since the coronavirus outbreak and arrives at the end of the most condensed club season in history.

Many players will be exhausted. Injuries are a bigger concern than ever. National teams had less time to refine and work on their tactics during the season and pre-tournament schedules are being adjusted at the last minute, given travel restrictions amid a pandemic and the ubiquitous threat of the virus.

Pity, then, the coaches for the hand they’ve been dealt at Euro 2020.

“I think a process which has been going on for probably 40 years — the complete divorce of international football from club football — has been accelerated by COVID,” said Jonathan Wilson, author of “Inverting The Pyramid: The History of Football Tactics.”

“Top-level club football is incredibly sophisticated, based on detailed tactical and technical work on a daily basis over a period of months, if not years. In international football, you can’t do that. So the football you see at international level is, out of necessity, much simpler than club football.”

And the team that has come closest to mastering the art of “simple” football? That’d be France, the defending World Cup champions.

In Russia three years ago, France averaged 48% possession in matches, was 25th out of the 32 teams for penalty-area entries, had the fifth-lowest number of crosses, was fifth lowest for total distance covered, and averaged six shots on goal per match — the second lowest at the tournament.

Put simply, the French defended compactly, hit teams on the break, and were clinical with their finishing. Oh, and they were incredibly effective at set pieces, too, with headed goals from center backs proving decisive in victories in the quarterfinals and semifinals.

“From a tactical perspective, the brand of football was very measured,” noted Zvonimir Boban, who oversaw the report of FIFA’s technical study group about the 2018 World Cup.

“Under the steady stewardship of Didier Deschamps, who had a clear and precise vision of how to the make the most of the players at his disposal and go all the way, they were most settled and assured performers,” Boban remarked about France.

Pragmatism. Efficiency. And, of course, no shortage of quality with the likes of Kylian Mbappe and N’Golo Kante in the team. Given the pandemic-affected evolution of soccer over the past 15 months, France will be hard to stop at Euro 2020.

Other teams who could thrive under the more “simple” conditions described by Wilson — and backed up by Boban’s analysis — are Denmark and Italy, who have had underwhelming major-tournament records in recent years but impressed in qualifying by being well-drilled and defensively compact.

Indeed, under Roberto Mancini, Italy heads into the tournament unbeaten in 26 games and having conceded only four goals in qualifying.

That was true of this season’s Champions League, when the teams with the competition’s two best defensive records — Chelsea and Manchester City — reached the final on the back of their innovative coaches adapting their game plans to a more cautious approach in the pandemic era. High-energy pressing was largely ditched during the compressed club season and is not expected to be prominent at the European Championship as teams look to manage their fatigued players through the tournament.

Expect ball-playing goalkeepers — almost every team has them now — and attacking fullbacks whose forays forward are covered by defensive-minded midfielders. England, for example, has selected four right backs in its squad.

There is no standard formation among the leading teams, with Belgium and maybe England set to start with a three-man defense, Spain typically favoring a 4-2-3-1, France expected to go with a 4-4-2 diamond formation now that Karim Benzema is back in the squad, and Italy, the Netherlands and defending champion Portugal all adopting a 4-3-3.

The expansion of squads to 26 players — instead of the usual 23 — is another indication of a desire to lessen the load after busy club seasons. That change plays into the hands of the countries with the deepest resources, such as England but notably France, which has incredible strength in depth in almost every position.

Indeed, given their record in recent major tournaments, their tactics, quality of players and squad depth, the French look in prime shape to benefit from soccer during a pandemic.