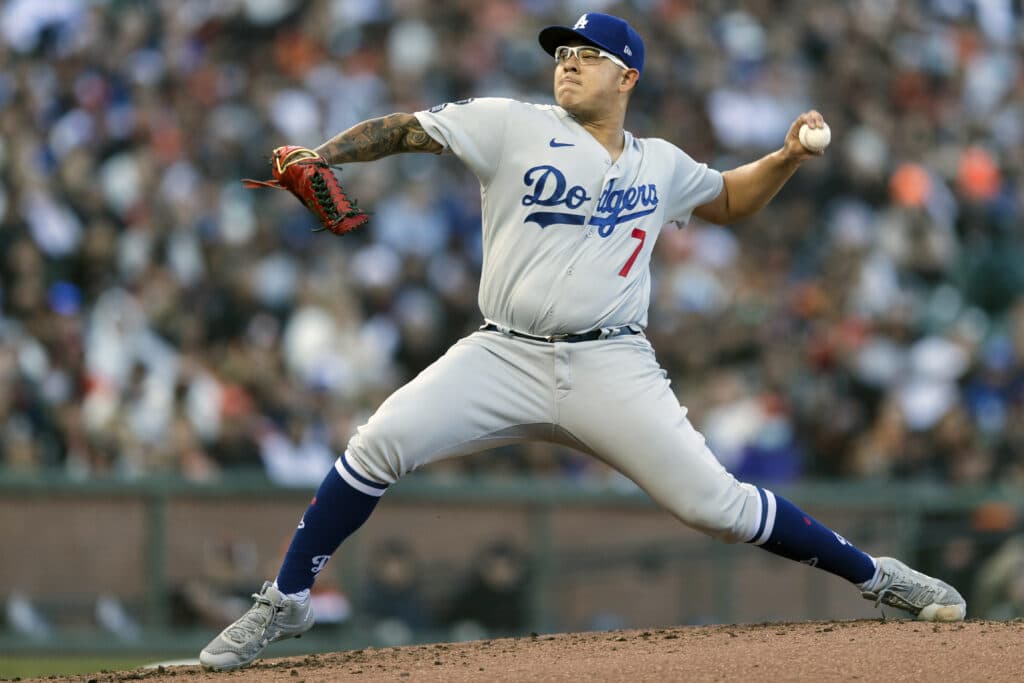 The 25-year-old Dodgers’ lefty, Julio Urías is 7-0 in his last 12 starts he has allowed more than two earned runs just once in that span. The Cardinals are the only Dodgers opponent in the National League that Urías has never started against. The Associated Press has the story:

With a formidable pitching rotation, the Dodgers are competing with San Francisco for the NL West title

A look at what’s happening around the majors today:

Dodgers’ lefty Julio Urías (16-3, 3.11 ERA) tries to add to his major league-leading win total when he pitches at St. Louis.

The 25-year-old is 7-0 in his last 12 starts. In that span, he has allowed more than two earned runs just once.

The Cardinals are the only Dodgers opponent in the National League that Urías has never started against. He faced St. Louis once in relief, throwing a scoreless inning in 2018.

With a formidable rotation that also includes former Cy Young Award winner Max Scherzer, Clayton Kershaw and David Price along with star Walker Buehler, the Dodgers are competing with San Francisco for the NL West title. The Cardinals are chasing for a wild-card spot.

The Yankees are monitoring ace Gerrit Cole two days after he left a start with tightness in his left hamstring. Manager Aaron Boone said Wednesday the star right-hander was feeling better about his situation and that the team would know more Thursday or Friday about how to proceed.

Boone said Cole was not getting an MRI but also said the team would see “if that’s in the cards.”

The White Sox hope Reynaldo López can give their struggling rotation a lift in a start against Oakland. The 27-year-old López shined in the bullpen after being recalled from Triple-A in July, and Chicago is hoping he can replicate that in a starting role with Lance Lynn and Lucas Giolito injured and Dallas Keuchel struggling.

Tampa Bay executive Erik Neander was promoted from general manager to president of baseball operations and agreed to a multiyear extension Wednesday, keeping the Rays’ front office boss in place after yet another strong showing from the small-budget club.

The Rays won the AL East last season for the first time since 2010 and are trying to hold off the big-budget Yankees and Red Sox for a repeat. Tampa Bay lost the World Series to the Dodgers in six games but is back in contention despite parting with star pitchers Blake Snell and Charlie Morton and losing Tyler Glasnow for the season due to Tommy John surgery.

Previous Article
Rep. Amy Klobuchar has lump removed for breast cancer
Next Article
Capitol fence to be reinstalled before next protest