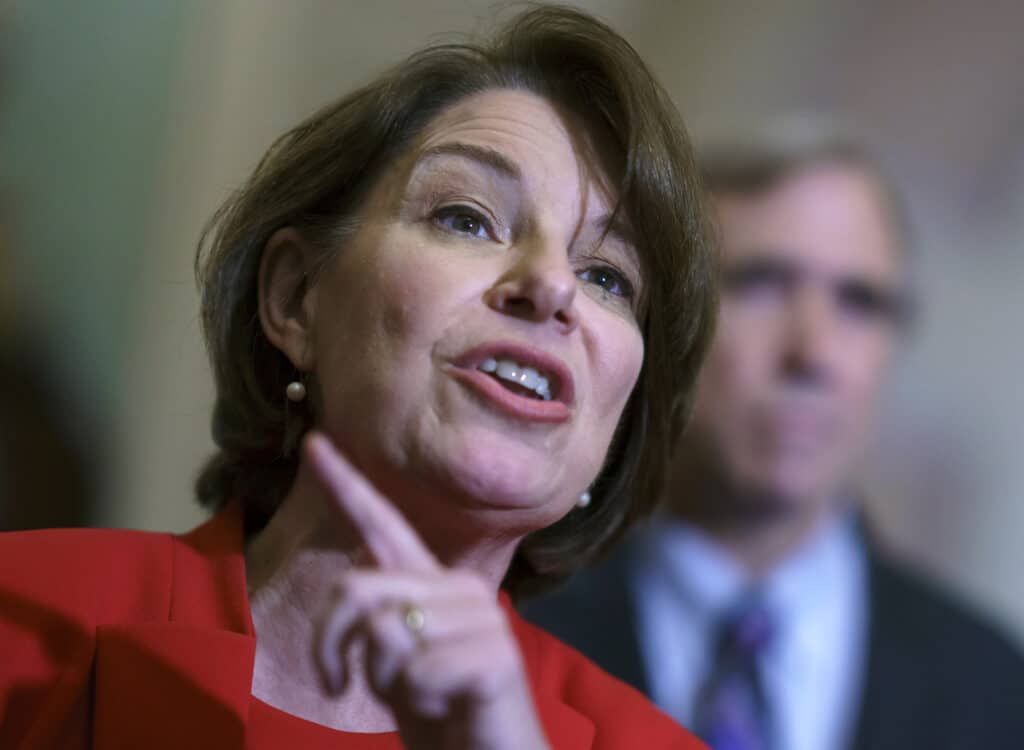 After radiation therapy and a lump removal due to breast cancer, Minnesota Sen. Amy Klobuchar is recovering well. The cancer was found during a routine mammogram, at stage A1, not spreading beyond the breast. The Associated Press has the story:

MINNEAPOLIS (AP) — Minnesota Sen. Amy Klobuchar announced Thursday that she has been treated for breast cancer that was found in February and the treatment “went well.”

Klobuchar, 61, tweeted that the cancer was detected during a routine mammogram, and eventually she had a lumpectomy to remove it. She said she completed radiation therapy in May amid a busy hearing schedule, including one treatment two days after her father died. A checkup in August found she was doing well. She told ABC’s “Good Morning America” that she’s “feeling much better” now.

For Democrats, Klobuchar’s health update was a fresh reminder of their fragile hold on the Senate, which they control by a single vote. Klobuchar’s announcement made no explicit statement on her future, but said the cancer “gave me renewed purpose to my work.”

Klobuchar said her cancer was stage 1A, meaning it had not spread beyond the breast. She said she felt fortunate to have caught it early because she had delayed her mammogram because of the pandemic.

“Now they tell me that my chances of getting cancer again are the same as any other person, which is great,” Klobuchar said on ABC. “But I learned a lot through this year … about the importance of getting those exams and also the gratitude for all others that surrounded me and my family, my husband.”

She also issued a plea for Americans not to delay their health screenings and noted that thousands of women have undetected breast cancer. She said her advice was to “get those screenings, go in, get a mammogram, get whatever health checkup that you should normally be getting.”

Klobuchar is early in her third term. She was first elected in 2006 and easily won reelection twice against little-known opponents. She’s the daughter of well-known Minneapolis newsman Jim Klobuchar, who died in May, and Rose, a schoolteacher who died in 2010. Her grandfather was an iron miner in northern Minnesota.

Klobuchar long cultivated an image as a straight-shooting, pragmatist willing to work across the aisle with Republicans, making her one of the Senate’s most productive members at passing legislation.

The senator ran for president but dropped out before the 2020 Democratic convention as moderates lined up behind Joe Biden. She memorably announced her campaign during a snowstorm in 2019, at a park along the Mississippi River with the Minneapolis skyline in the background.

Klobuchar, a lawyer and the former chief prosecutor in Minnesota’s largest county, currently chairs the powerful Senate Rules Committee, which is examining the Jan. 6 insurrection at the Capitol.

By STEVE KARNOWSKI
Associated Press writers Doug Glass in Minneapolis and Tom Strong in Washington contributed to this story. 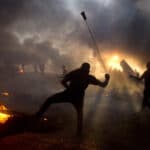