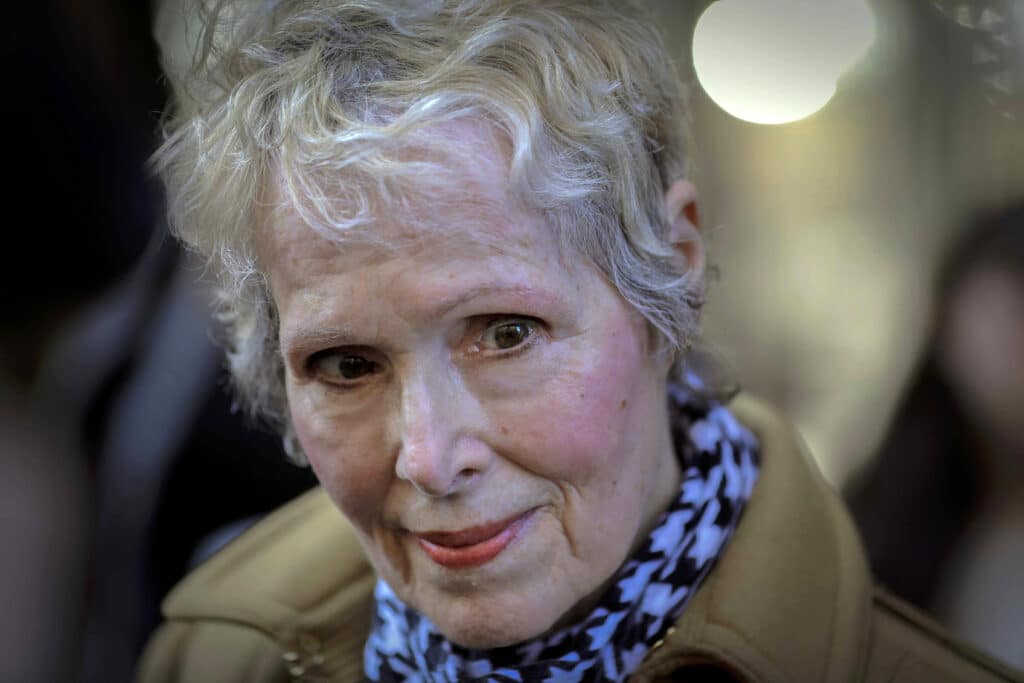 Justice Department lawyers told an appeals court that Donald Trump cannot be liable for crude remarks he made about a woman because he was president at the time. Instead, the woman should be suing the government with her defamation lawsuit. The Associated Press has the story:

NEW YORK (AP) — Donald Trump cannot be held personally liable for “crude and disrespectful” remarks he made about a woman who accused him of rape because he made the comments while he was president, U.S. Justice Department lawyers told an appeals court late Monday.

Responding to misconduct allegations is part of the president’s job, the government’s lawyers told the 2nd U.S. Circuit Court of Appeals. As such, it is the United States itself — and not Trump — who should be the defendant in a defamation lawsuit brought by columnist E. Jean Carroll, who says Trump raped her in the mid-1990s in an upscale Manhattan department store.

In defending Trump in its filing Monday, the Justice Department is carrying on an effort that began under former U.S. Attorney General William Barr while Trump was still in office.

Barr’s intervention last October was criticized on the campaign trail by then-Democratic candidate Joe Biden, who said it was inappropriate for the Justice Department to attempt to intervene in a private legal battle over Trump’s personal conduct.

The Justice Department’s consistency in sticking with the case, even after Trump lost the election, has been cited by some as proof that Biden is keeping his word that he won’t try to influence the department’s moves.

Roberta Kaplan, Carroll’s attorney, said in a statement that it was “horrific” that Trump raped her client but it was “truly shocking that the current Department of Justice would allow Donald Trump to get away with lying about it, thereby depriving our client of her day in court.”

“The DOJ’s position is not only legally wrong, it is morally wrong since it would give federal officials free license to cover up private sexual misconduct by publicly brutalizing any woman who has the courage to come forward,” she said. “Calling a woman you sexually assaulted a ‘liar,’ a ‘slut,’ or ‘not my type,’ as Donald Trump did here, is not the official act of an American president.”

In a statement, Carroll said: “As women across the country are standing up and holding men accountable for assault — the DOJ is trying to stop me from having that same right. I am angry! I am offended!”

Acting ‘within the scope of his office’

Washington Justice Department lawyers wrote that Trump was acting “within the scope of his office” in denying wrongdoing after White House reporters asked him about Carroll’s claims.

They said: “Elected public officials can — and often must — address allegations regarding personal wrongdoing that inspire doubt about their suitability for office.”

“Even reprehensible conduct … can fall within the scope of employment,” the lawyers wrote, conceding that Trump used “crude and disrespectful” language in questioning Carroll’s credibility.

They said comments attacking her appearance, impugning her motives and implying she had made false accusations against others “were without question unnecessary and inappropriate.” But they said they “all pertained to the denial of wrongdoing.”

The papers were filed after the Justice Department appealed a decision by Judge Lewis A. Kaplan, who ruled in October that Trump cannot use a law protecting federal employees from being sued individually for things they do within the scope of their employment.

Arguments supporting the Justice Department’s position were also filed Monday by a personal lawyer for Trump.