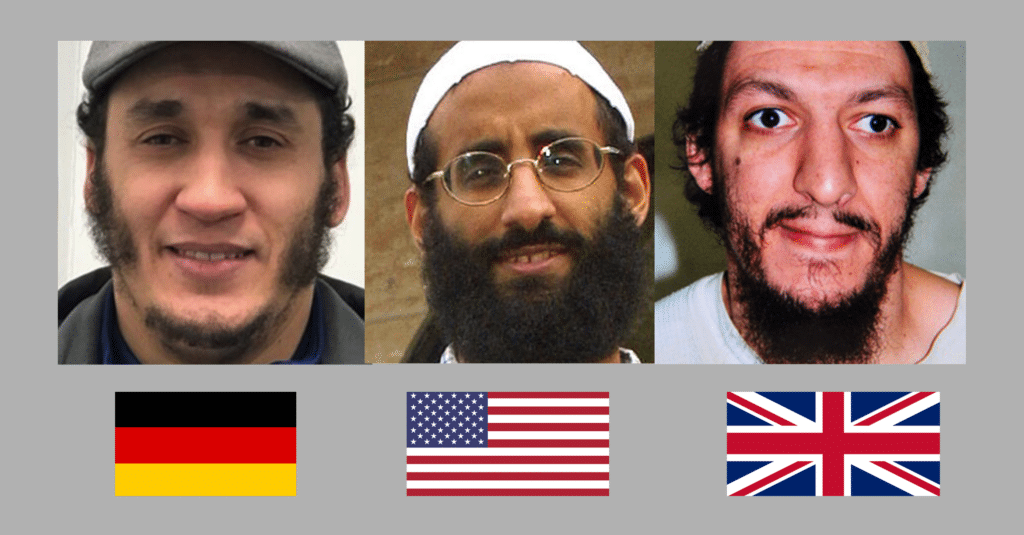 Patrick Dunleavy, an American academic and expert on terrorism, spoke with Newslooks about how democratic countries should deal with terrorists, including Mohamed Hajib who has been encouraging violence against his home country of Morocco, and what the aftermath of the Afghanistan withdrawal means.

Dunleavy explained that “terrorism is a form of assymetrical warfare where the goal is not necessarily to capture land or property but to instill in the hearts of your victims fear.”

The paradox of Western democracies vs. terrorism

When it comes to Western democracies, Dunleavy says terrorists have found what they perceive to be our greatest weakness — what we perceive to be our greatest strength —  freedom. Freedom of movement, freedom of speech, freedom of ideas.  He said they exploit those freedoms to get across a message that at first may appear to be harmless, but then guide listeners to a form of thinking akin to their goal, their ideas.

Should we deport suspected terrorists?

Dunleavy says governments, particularly democracies, can use specific tools to combat acts of terrorism before they occur. These include infiltrating groups and using technology to monitor communications. But the most important tool should be “communities rising up and refuting the message.” The terrorists’ message is particularly dangerous to young disenfranchised people, who feel they don’t have a voice or purpose in their life. They can become fertile soil for the jihadists. He said community and religious leaders need to speak up. “If it’s the government alone, we’ll never be successful, we’ll always be fighting battles and never winning the war.

With the explosion of social media in the last few years, “The terrorists have been out in the forefront capturing those types of media platforms and using them.” Now, those are not government platforms, they are secular, they are private businesses, so can the government tell them, “You cannot allow this?”

Facebook recently took down the Taliban’s postings. “That’s something the government can encourage those companies to do, but I don’t know if they can specifically force them to do it. There’s a fine line between telling someone that fire is harmful as opposed to telling someone to incite fire by yelling in a theater and causing panic.” Cyber terrorism experts need to monitor social media, but it delves into privacy issues. So the communities also have to participate in this.

Should the U.S. do anything about Mohamed Hajib spreading anti-American ideas in Germany, similar to how al-Qaeda operative Anwar al-Awlaki taught radical Islam in the suburbs of Washington, D.C.?

Dunleavy said the U.S. should start by looking at how Mohamed Hajib became who he is. A Moroccan, he traveled in 2009 to study with a missionary group called Jamaat Atabligh. The alumni of that group include Jose Padilla [who planted a dirty bomb], Richard Reid the Shoe Bomber, John Walker Lind, the American Taliban and the London 7/7 Bombers.

“So here we have a group that appears to be harmless, it preaches a Salafist form of Islam and denies any connections to terrorism. But when you look at who graduated from their studies, then you see how Hajib became who he was.” Hajib said he went there to “study.”

Hajib’s claims of being tortured while in Moroccan custody have been refuted by individuals who were his actual cellmates in the prison. One was Hasan al-Katab and the other Boushta Al Charif.They said the wounds he claimed were done by acts of torture he had personally made on himself. They also mentioned he had a smartphone in prison.

Dunleavy says it goes back to “a group that has often been a springboard for al Qaeda and terrorists.” So now Hajib is a martyr, a victim. He can say he’s been tortured and unjustly imprisoned. He begins to exploit, not just by suing and seeking monetary damages, but also by getting on social media and propagating this message, “I’m a true Muslim, because of this I’ve been persecuted.”

So the first thing is to expose his roots, Dunleavy says, then debate him. Stand up and say, “The group you joined and were involved with also had terrorists assigned to it, you didn’t just evolve overnight.”

Should Mohamed Hajib be allowed to enter the U.S.?

The State Department needs to use scrutiny in conjunction with intelligence agencies like the CIA and law enforcement agencies like the FBI as to whether or not it was feasible to grant a visa to this individual, Dunleavy says.

How do we control the fanatical institutions in the U.S. without intruding on civil rights?

Dunleavy said we need to start by vigorously debating what the radical extremists propagate. Not just the group that Hajib was involved with, but the Dar Al-Hijrah mosque in northern Virginia. Not far from there is the Cordoba Institutions, he said, and out of that group the Graduate School of Islamic  and Social Sciences (GSISS), which was founded by a Saudi who was a strict salafi and Wahhabi. It became the place where Muslim clergy in the U.S. are certified. Many of those Muslim clergy had not had any formal teaching or background. Many came out of prison. They were criminals, who converted to Islam while they were incarcerated, then came out and became religious leaders.

One of the groups that emerged from that is the Daru al Islam movement, Dunleavy said. The head of that movement is Jamil al-Amin. He is currently in a supermax prison in Colorado for the murder of a U.S. police officer. His former name was H. Rap Brown. He converted to a salafist form of Islam because of clergy who came from GSISS, rising up to lead Daru al Islam which has spawned terrorism in the U.S.

When asked about whether the U.S. should pressure our allies to combat terrorism, Dunleavy said he would take it even further and go directly to the European Union. They have faced more terrorism than the U.S. has. This is because they have let in refugees who are then allowed to move throughout the EU. The Christmas truck bomb attack that took place in Germany was by a Tunisian immigrant. He was arrested and sent to prison, where he became even more radicalized, and was able to move throughout the EU.

The U.S. should tell the EU they need to tighten control over this movement between countries. Just expelling them from one country doesn’t work since there is a back door open into another. Potential terrorists, disenfranchised young men can get in. Look at the terrorists in France, how they moved around the EU system including to Belgium. “They need to close the back door where potential radical terrorists come in under the guise of immigrants.”

The outcome of the war on terrorism and what the U.S. achieved in Afghanistan

Dunleavy said that after the fall of Afghanistan, “The war on terrorism goes on.” People will say that there isn’t a war, but when you have al Qaeda and others who declare war on you, the war isn’t over until either side surrenders. There’s no armistice. “In Afghanistan, we fought for 20 years in order to change a country’s culture.” He went on, “We should have just held to our original goal of rooting out al Qaeda and other Islamic terrorist groups that were hiding in Afghanistan. We didn’t do that, so now we have Afghanistan under the control of the Taliban and we’re trying to treat them like they’re some bonafide political organization that can run a country. They can’t, they’re terrorists.” He says the Taliban will extort us again demanding payments. “We have to resolve the fortitude, the innovation, to meet the terrorists; as they change, we must change to adapt to them.” The battlefield changes – and not all wars are fought on the battlefield, some are fought in the minds of young men and women who hear messages that need to be refuted. The lesson we learned in Afghanistan is you can’t just give people money, you need to change their hearts and minds. It takes more than just action by the government. He concluded, “You have to have a message of hope, of a life without terror.”