Elections:  What Happened and What Does it Mean? 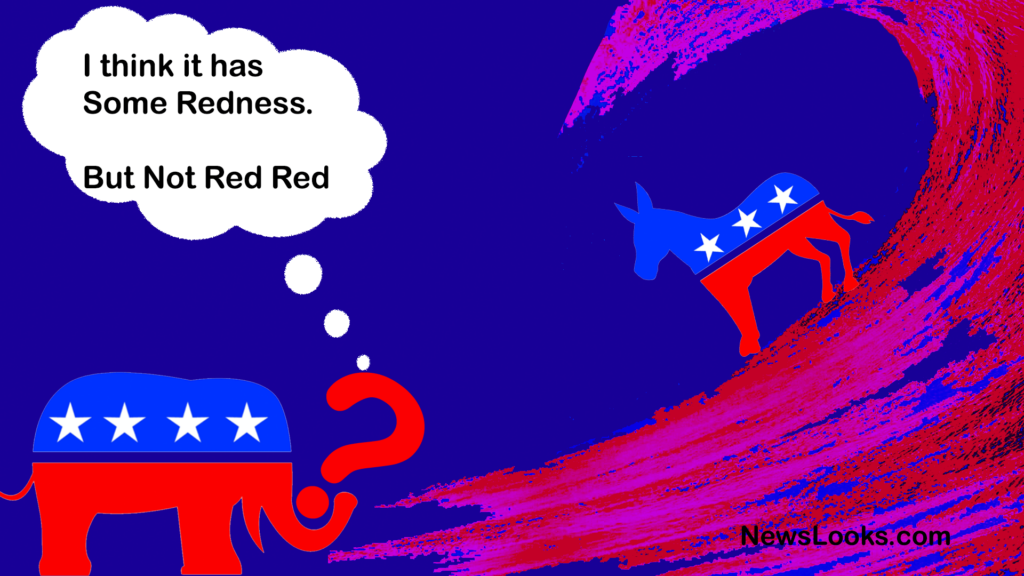 Elections:  What Happened and What Does it Mean?

The 2022 Midterm Election shows that America is not a leftist nation and voters have had enough of the Left’s craziness! Even the Left understands this fundamental truth. For example, few Democrats ran embracing their own voting record of supporting Biden’s agenda more than 95% of the time. Most lied about opposing Biden’s unpopular agenda and pretended to be opponents of Biden’s agenda.

In 2020, Joe Biden ran as the so-called moderate option. But once in office, Biden has been the most extreme leftist president in our nation’s history. But he didn’t run as a radical leftist because he knew America wouldn’t be interested.

Senator Mark Kelly (D-Arizona) who may have narrowly won reelection against a political newcomer, Blake Masters, did so by lying to voters and telling them that he stood up to Joe Biden and tried to stop Biden’s extremism. That is a bold face lie. Kelly voted in lock step with Biden and simply did not oppose his radical agenda. In a 50-50 Senate, he had the power to stop Biden, but not once did he do it. This proves that Kelly understands that his extremism is unpopular and that the only way he could hang on was pretending to be a critic of the Biden Administration when he was actually one of its most loyal supporters. And if Blake Masters is able to score the upset, it will underscore the point — the extremism of the Left isn’t popular.

One area where Democrats scored well is with the under 30 years old voter. Apparently, Biden was smart in a dishonest and cynical way to promise to give them $10,000 to $20,000 in student loan forgiveness. That program has been stopped by several courts because it is obviously unconstitutional — something that even Nancy Pelosi once admitted. In high school civics, you learn that the President cannot all by himself spend billions of tax dollars. But the cynical and dishonest ploy worked — it got uninformed young voters in record number to vote to put money in their pocket from the American taxpayer. They may be rather upset when they learn they were lied to.

Biden also campaigned as the “Uniter.” This was always an absurd lie. He’s always been a divisive and polarizing politician. As the chairman of the Senate Judiciary Committee in the 1980s, he presided over the Robert Bork nomination hearings — where the English language had a new word added to the dictionary. “To Bork” someone means to unfairly and dishonestly vilify them. A few years later in the 1990s, Biden presided over the disgusting “high-tech lynching” of Clarence Thomas. And in 2012, as the vice president, Biden told blacks that his opponent wanted to put “ya’ll back in chains.”

Biden has been one of the most divisive presidents in our history. Biden needlessly divided the nation over vaccination status. And during this election cycle, Biden has worked steadfastly to divide the nation with his insanely dishonest claim that voting for his opposition means the end of democracy in America and that half the country are semi-fascists who pose an existential threat to America.

Voters have been living through the nightmare of Joe Biden’s presidency for the past two years. Voters may not remember all the times years and years ago that Joe Biden was a divisive, dishonest and stereotypical politician, but they remember who did all the crazy things that have been happening the last two years. And that is why even extremist liberal lawmakers — like Senators Mark Kelly, Catherine Cortez Masto (D-Nevada), and Maggie Hassan (D-New Hampshire) campaigned denying their support for Biden’s agenda pretending to be moderate voices who tried to block the most extreme portions of Biden’s agenda.

Voters remember: who shut down American pipelines and energy production driving energy costs to historic highs, killing American jobs, and empowering Russia’s Putin and funding his war in Ukraine while making America energy dependent again; who insisted that schools stay closed for almost two years and then lied about it; who shutdown millions of businesses and jobs they deemed “non-essential;” who filled their children’s classrooms with pornography; who protected transgenders who had raped girls in school; who forced kids to wear masks for two years and robbed them of important development; who illegally closed their churches; who denied them the ability to visit their dying parents or even hold a proper funeral; who defended violent rioters for months on end; who wasted trillions of taxpayer dollars fueling inflation that has robbed the average family of more than $7,000 a year; who released violent felons into the streets fueling skyrocketing crime and violence; who opened the border to fuel record illegal immigration and encouraged record numbers of criminals and terrorists to surge across our borders; who voted to hire 87,000 additional IRS agents to audit and harass Americans, but refused to hire more border control agents; who botched the withdrawal from Afghanistan that emboldened our adversaries; who said they couldn’t define what a woman is and demanded that we call women “birthing people” and “people with a period.”

This year’s election results were about real issues and real problems. And the only liberals to survive, either successfully lied to the voters or are from such liberal jurisdictions that there is no real accountability for the insanity. But the way the Democrats ran their campaigns shows that even they know in their heart of hearts that America doesn’t support their agenda. If they thought the Biden agenda were popular, they would have trumped their support for it. But few did. Most just lied and pretended that they too opposed it.