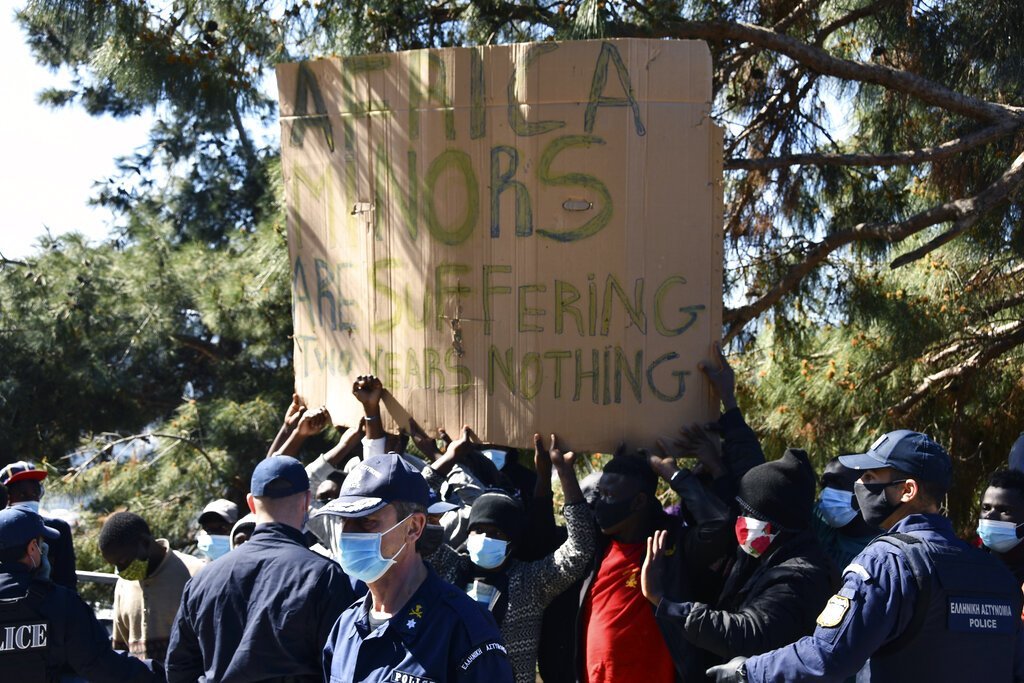 An EU commissioner and Greek migration minister will visit new migrant camps on the Greek islands of Samos and Lesbos on Monday. Greece is under fire for allegedly turning away asylum seekers at sea. The Associated Press has the story:

EU commissioner Ylva Johansson and Greek Migration Minister Notis Mitarachi were to hold meetings with local officials on the two islands Monday, and to visit a new camp being constructed on Samos, and a camp on Lesbos in which thousands of asylum-seekers have been living since the notoriously overcrowded Moria camp on the island burned down last year.

Refugee rights organizations and numerous asylum-seekers have accused Greek authorities of conducting pushbacks at sea — the illegal deportation of newly arrived asylum-seekers without giving them the chance to apply for asylum. Greek authorities vehemently deny the claims, with officials insisting they adhere to international law and human rights practices.

The Greek coast guard has been accused of picking up people at sea who are attempting to cross from nearby Turkey into Greece in dinghies, or shortly after they arrive on Greek islands, putting them into life rafts and towing them out to the sea border with Turkey before setting them adrift. Officials have rejected the accusations as fake news and propaganda by Turkish authorities.

On Samos, Johansson and Mitarachi toured a new camp being constructed on the island, far from the main port town of Vathy. Unlike the current camp, the new facility will be closed, meaning access to and from the camp will be restricted.

The vastly overcrowded current camp, located on the outskirts of Vathy, has long surpassed its capacity. Built for fewer than 650 people, the camp and spillover shantytown area currently houses more than 3,100 people.

On Lesbos, the EU commissioner and Greek migration minister will tour the new camp that was hastily erected after Moria burnt down last year in a series of blazes Greek authorities said were set deliberately by a group of Afghan residents angered by coronavirus lockdown measures.

Set on a former military shooting range by the sea, the new camp consists of large tents and has been plagued by flooding problems during the winter. Residents complain of poor sanitation and electricity access, while rights groups have said the site is plagued by lead contamination problems. Greek authorities have said tests on lead levels have shown them to be within acceptable levels in the camp’s living quarters.